The Razer headed Open Source VR project has officially updated the specs of their Hacker Development Kit.  They've also updated the software and underlying API's to make use of some of NVIDIA's just released GameWorks VR features. 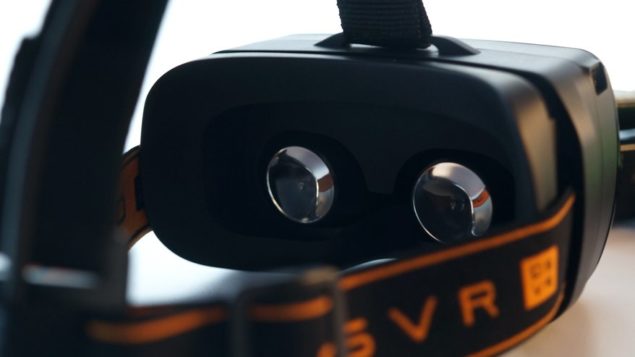 OSVR hardware update brings the HDK to version 1.3 with a lot of important, if small, changes.

The changes are welcome advancements towards making VR a more viable, comfortable and wonderful experience. To help facilitate that the screen has been updated to a 5.5" silver screened OLED variety with up to a 120Hz refresh rate. OLED is perfect for the higher response rate of the individual pixels and thus the low persistence of images on the screen. The refresh rate itself is likely a way to help interpolate black black frames to further reduce motion blur, similar to how G-Sync works.

The optics module itself has also been similarly updated, with an enlarged eye-box that makes it easier to put on and more comfortable on the face. Of course it has the same two-lens system that reduces geometric distortion by less than 13%, so that one doesn't have to specifically design their game to account for distortion quite as much. It eases the development time. And it makes it far more clear and easier on your eyes too.

Inside the sensor hub has been integrated to take up less space with an accelerometer, gyroscope and a compass. and two more USB 3.0 headers are available for expansion. And another USB 3.0 connection has been added to the outside, should you wish to hook up accessories directly to, or through, the OSVR unit.

The faceplate, however, remains the same with an integrated IR camera that operates at 100Hz. Developers can also request Leap Motion's technology to be embedded inside so that you can interact with your hands in a more natural way.

On the software front it seems that Razer is looking to make use of some of the GPU driven technologies available in their just released GameWorks VR. Specifically they've integrated the use of Direct Mode, Front Render Buffering and Context Priority. Front Buffer Rendering will further increase latency, which is a very important technical hurdle in order to make VR a comfortable reality. Context Priority naturally follows with it's ability to control GPU task scheduling directly also helping reduce rendering pipeline latency.

The OSVR apparatus is one among quite a few entrants vying for the ultimate VR experience. The difference with OSVR is in their use of completely open-source standards, including the hardware itself. Oculus' API's aren't exactly closed per-se, though they certainly don't want you to make custom hardware using their designs.

The OSVR HDK 1.3 will be available to pre-order starting in October. You can register your interest now, however, to be one of the first developers to receive one of the new kits.