Original Deus Ex Releasing on PSN in the Coming Week

Deus Ex is without a doubt one of gaming's earliest and most memorable FPSRPG's on the PC and on the PS2 is making its way to the PSN on the 16th of May on the EU PSN Store, the game was previously rumored to be on its way but it seems that some official confirmation has put much speculation and rumors to rest even though the original source was a PEGI rating of the game which tends to be right on mark most of the time so the chances of PEGI being wrong are the same chances of Steam Directory being wrong. 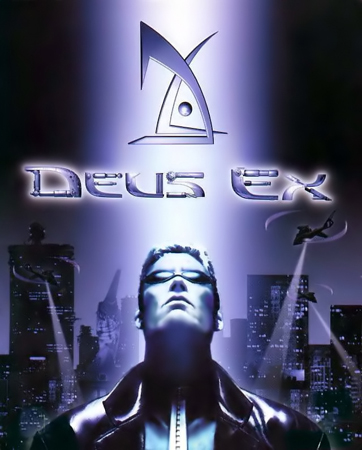 This game was one of the most under rated gems of it's time. The game was an amazing RPGFPS which really set the pace for future games and is still regarded highly by gamers who were fortunate enough to play it in its prime age, the game is now coming to the PSN as a PS2 classic and will launch on the EU PSN Store for a mere £7.99 but along with Deus Ex you can also expect Conflict Desert Storm 2 On May 23rd for £7.99 and Conflict Vietnam for £5.49 on May 30th. It would be a shame (a little joke for the fans of the game 😉 ) for you to miss this amazing game especially when its available for the PS3.

If you are a fan of this game or simply are a fan of RPG FPS games then this game is a must play for you, Although I hope that they include keyboard support for this game because typing those passwords out on a controller might just give you carpal tunnel syndrome. I for one am definitely looking forward to this game even though I still have the original disc somewhere in my old box of video games for the PC.