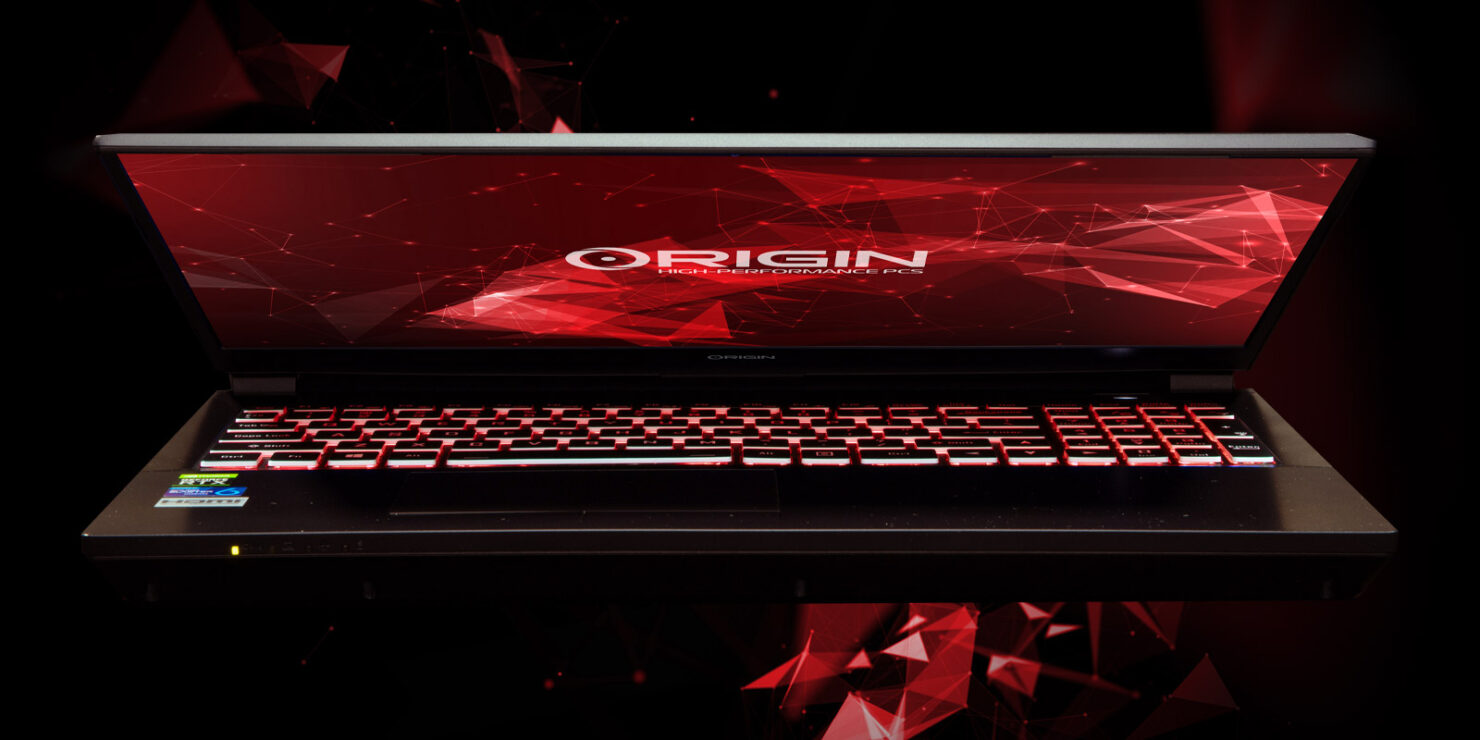 While AMD introduced its high-performance Ryzen, 4000 series processors, for the laptop segment, there are still many OEMs who want to give users even more performance and are going for CPUs that are designed for the desktop segment and integrating them in enthusiast laptops with sleeker designs than ever before. Origin PC being one of the laptop manufacturers has launched its EON15 gaming laptop which comes with an AMD Ryzen CPU with up to 12 cores.

So looking at the laptop which comes with a 15.6" display capable of 1080p at 144 Hz, its mostly the internals of this product that are great but there's also a twist on the top which adds some flavor to this very expensive but still highly competitive product from ORIGIN PC.

Crafted to run the latest games with incredible visuals, the all-new ORIGIN PC EON15-X leads the way for desktop-level PC gaming on a notebook. Play your favorite games with a 12-core AMD Ryzen 9 3900 desktop processor for improved multitasking, an NVIDIA GeForce RTX 2070 with Max-Q design with support for real-time ray tracing, up to 32GB of DDR4 RAM, and a 15.6” 144Hz 1080p narrow bezel display for a gaming experience that rivals desktops. - ORIGIN PC 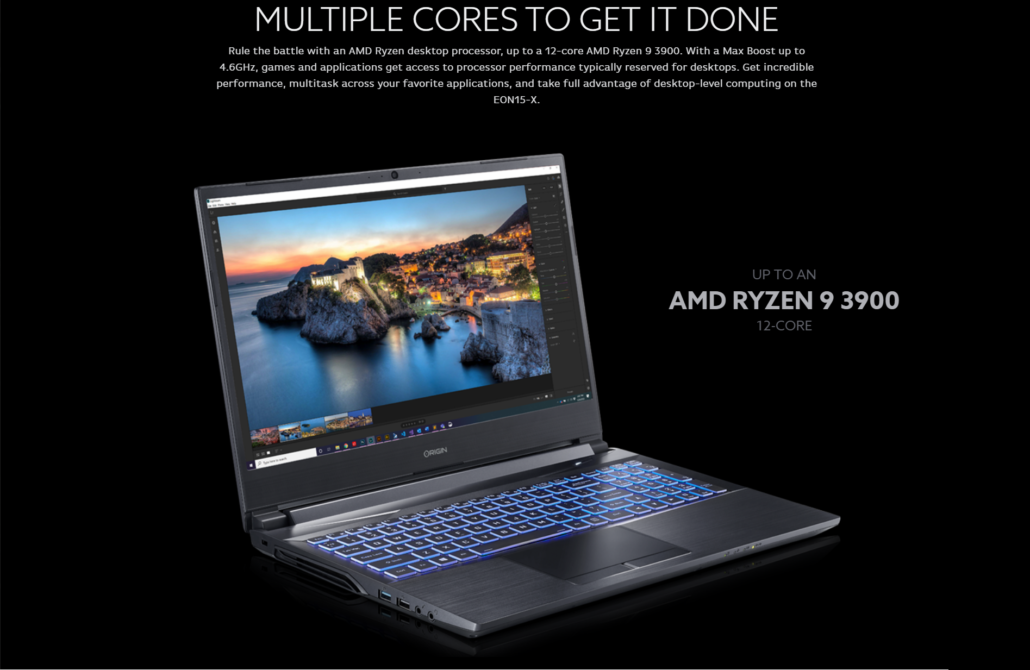 Starting with the specifications, the ORIGIN PC EON15-X features a motherboard with an AM4 CPU socket that allows the use of desktop Ryzen 3000 processors. Considering that we have seen other laptops featuring the Ryzen 9 3950X such as the XMG APEX 15 & the CLEVO NH55AC that features a B450 chipset based motherboard, we should also expect something similar for ORIGIN PC's laptop. You get three CPU choices to select from, the 6 core Ryzen 5 3600, the 8 core Ryzen 7 3700X & the 12 core Ryzen 9 3900. ORIGIN PC doesn't offer a Ryzen 9 3950X 16 core option like the other two manufacturers I mentioned above but you do save a lot in terms of prices and still retain a great amount of performance with a 12 core Ryzen processor.

The Ryzen 9 3900 itself is an interesting chip that was made for the OEM market. This chip features a base clock of 3.1 GHz and a boost frequency of 4.3 GHz. It comes standard with a 65W ECO mode design and this helps retain superior performance along with the added core in a laptop. ORIGIN PC also mentions an added $15 cost for Thermal compound which sounds like you might have to open the PC and put on TIM over the CPU yourself or pay $15 to ORIGIN to do it for you.

You also get a range of memory options with up to 32 GB capacities and speeds of DDR4-2400. You can select between options from OEM branded memory, Kingston HyperX Impact and G.SKILL's Rip Jaws. You also get the option to select up to 2 TB of M.2 SSD capacities and have two storage disks for a total of 4 TB capacity.

As for the design, there are several color options to select from which include Atmos Blue, Blue Neuron, Carbon Black, Epic Purple, Eternal Pink, Evolve Green, Flare, Horizon Yellow, Low Poly Blue, Low Poly Green, Low Poly Red, Neuron Print, Origin PC, Sabot Grey.They come in HD UV, Metallic or Hydro DIP options but sure cost an extra $150-$200 US. The standard color is matte black which honestly looks great but if you want a fancy design, I would prefer buying your own cover which would cost cheaper.