The Order: 1886 is ready to launch on February 20th. Many PS4 owners are waiting its release and Sony goes into extraordinary lengths to promote it. It has even been touted as the biggest release of 2015. That is indeed a bold claim, but judging from what was shown lately, it  could not be too far off. The Order: 1886 could be quite important for the Playstation 4 platform and could very well end up being one of 2015's biggest games. 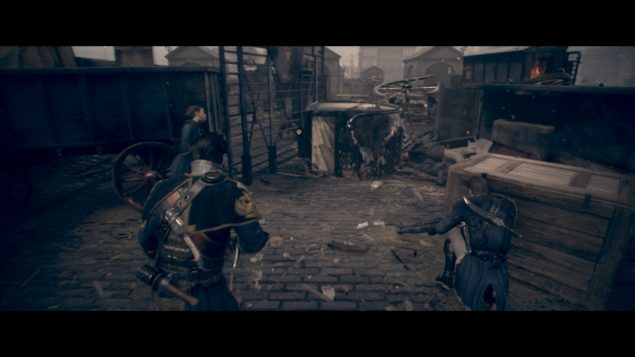 One of the main concerns that players have shown, is the potential play-time of the game. It holds true that games of this genre are somewhat focused, on providing an explosive single player experience, that could last between eight to twelve hours, rather than a multiplayer focus that could potentially provide countless hours of gameplay. This is really important at this time and age, when games have become more geared towards competitive multiplayer matches and somewhat dumbed down co-op multiplayer experiences.

We have to remember what gaming was and that there are also other ways in which games can entertain us, as an interactive medium for original and unique stories that take us to alternate realities and fantasy themed locales. A special single player experience, can have a great impact even if it doesn't last countless hours. The inclusion of multiplayer modes can be important to further the play-time of a title but it does not and should not be the defining factor on the quality and success of a game. There are some very special modern single player focused games, that provided truly special and unique experiences, that could have only been accomplished within a single player environment.

Ready at Dawn’s Dana Jan mentioned in a recent interview,

The game length depends a bit on your ability and familiarity that you may have with this genre, but to give you an idea, it will not be far from the average offered by this type of game (third person shooter). As for hours of gameplay and gameplay will be very similar.The problem is that there is a misconception because the gameplay can be offered in different ways.

The PS4 still has more juice says The Order: 1886' developer

Dana Jan continued to talk about the PS4 still having plenty of potential for developers to take advantage for,

I think we have not used the PS4 to it’s 100% limit, although it does not really matter what you do or what platform you’re working, you can always squeeze a little more and make everything flow a little faster. Whenever you go back to do some improvements the industry changes, and so we will continue working to get the best.

This is indeed quite exciting, as The Order: 1886, is quite possibly one of the most graphically advanced titles, the industry has ever seen. Knowing that there is still even more potential on the PS4 hardware, begs the question, what is to come? Developers, further on in a console's life cycle, find new ways and techniques to take advantage of the hardware and with the arrival of a new API that could be used on the Playstation 4, in the form of OpenGL's successor, developers could improve output even more.  We could be in for a very interesting ride.