OPPO F1 Plus FC Barcelona Edition Has Been Officially Announced 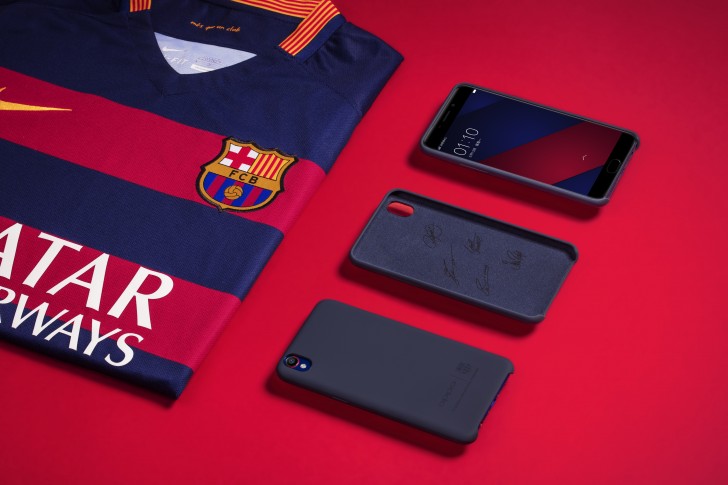 OPPO F1 Plus FC Barcelona has been announced as a form of a symbol to commemorate the partnership with FC Barcelona and in order to stay true to the colors of the football club, the smartphone features several identical features and insignias that FC Barcelona fans are going to find very appealing on the device.

One of the most notable things about the smartphone is a blue-and-red color scheme, and an 18K gold-plated club insignia at the back coupled with a custom FC Barcelona theme. Sky Li, who has been appointed as the Vice President of OPPO and Managing Director of International Mobile Business has stated the following regarding the smartphone as well as the partnership between the football club and OEM.

“The F1 Plus is all about snappiness, style and speed, so there's no better partner for it than the phenomenal FC Barcelona. We're proud to bring users one of our most eye-catching devices ever, while paying tribute to the world's greatest football club.” 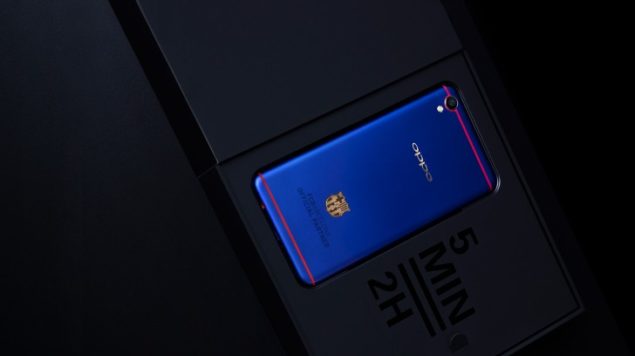 In terms of hardware specifications, OPPO F1 Plus FC Barcelona Edition features a beautiful 5.5-inch AMOLED display with a 1080p resolution. Processed on the 28nm technology, Helio P10 is also going to be part of the hardware, plus 4GB of RAM should be more than enough to supplement the performance of the octa-core processor (Helio P10 features an octa-core processor running at 2.0GHz). 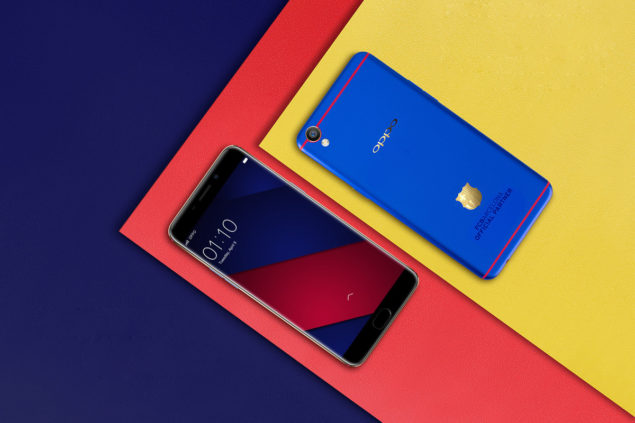 OPPO F1 Plus was designed to help consumers snap better quality selfies and this is one of those rare moments when a 16MP front camera has a higher resolution than the 13MP rear sensor. In fact, another surprise here is that the 16MP front shooter has a wider aperture (F/2.0) than the lens mounted in front of the rear camera (F/2.2). One disappointing aspect of the smartphone happens to be its 2,850mAh battery as well as the fact that manufacturers these are busy inserting 802.11ac Wi-Fi adapters on their phones, and here we have the OPPO F1 Plus FC Barcelona Edition featuring just an 802.11n chip.

Since the phone has been rolled out to celebrate the partnership between OPPO and the football club, the pricing variable will probably be more than the regular version, but whatever details are currently not available, we will provide you as soon as we come across them.