After the settlement agreement between EU and Microsoft , Microsoft was bound to put a ballot screen that lets users in European countries to replace Internet Explorer with Web browsers, including Mozilla Firefox, Google Chrome, Apple’s Safari and Opera. After the EU decision the European Union estimates that some 100 million computers will likely display the screen by mid-March 2010, and around 30 million new computers will show it over the next five years.

According to Norwegian software maker, more than half of the European downloads of Opera’s latest browser came directly from that Choice Screen. Now Opera said that downloading of their latest browser Opera 10.5 have increased.

Following numbers are the country downloads of Opera’s latest desktop browser that originates from the Choice Screen. 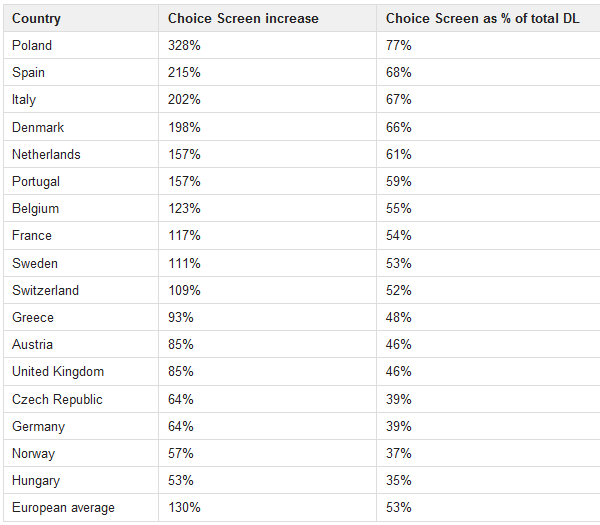