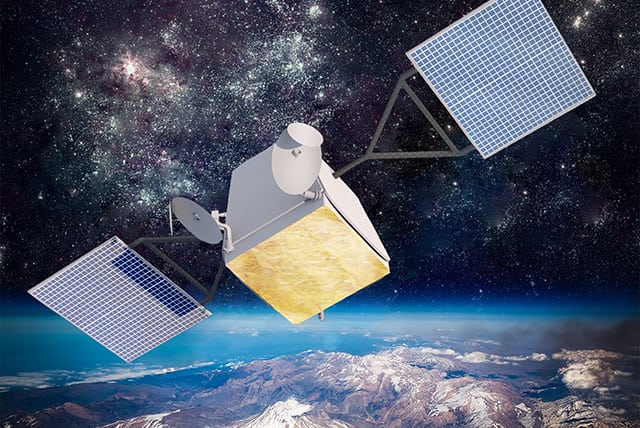 OneWeb, the satellite-based internet company that competed against SpaceX’s Starlink project, filed for bankruptcy back in March 2020. Now, however, it seems that the company has won a new lease on life as evidenced by a joint bid submitted by the British government in conjunction with India’s Bharti Enterprises.

As part of the proceedings related to OneWeb’s filing of chapter 11 bankruptcy, the British government submitted a joint bid for the satellite manufacturer in concurrence with the Bharti Enterprise in New York on Thursday. Should a U.S. judge approve this deal next week, the British government will infuse $500 million as equity in order to recapitalize the crippled company, acquiring a 20 percent stake in the process.

Bear in mind that OneWeb maintained operations in both the U.S. and the UK. The British Prime Minister, Boris Johnson, backed the OneWeb bid last week after an understanding was reached wherein the company would relocate its satellite manufacturing activities to the UK from California. Interestingly, this development comes as the UK abandoned plans to create its own constellation of satellites for a home-grown navigation system similar to the GPS led by the United States. Given that the UK has already been barred from the EU’s Galileo navigation project as part of the Brexit process, this deal can serve as a cost-effective way for the UK to maintain a healthy presence in the satellite sphere.

As a refresher, OneWeb was forced to file for bankruptcy in March following a breakdown in talks with one of its largest backers – the Japanese giant SoftBank Group Corp. (TYO:9984) – meant to secure at least $2 billion in emergency funding.

As the ongoing coronavirus pandemic roiled the global financial markets, SoftBank and OneWeb failed to agree on the terms of a much-needed bridge loan that would have given the satellite startup the crucial breathing space to seek new investors. Incidentally, the talks collapsed just hours ahead of the company’s latest launch from the Baikonur Cosmodrome in Kazakhstan on the 23rd of March that deployed 30 satellites in low Earth orbit, bringing OneWeb’s satellite constellation count to 74. As per the company’s original vision, it planned to launch as many as 648 satellites by 2021 and provide affordable wireless broadband services throughout the globe, including in remote areas and ships. The company constructed its satellites in a Florida facility using a mass-production process that, according to the startup’s claims, could transform the industry economics.

OneWeb was once considered the more promising of a myriad of satellite-based internet companies that have popped up in recent times, including Elon Musk’s SpaceX and Jeff Bezos’ Project Kuiper. According to the venture capital firm Space Angels, 435 satellite-based internet startups have collectively attracted over $20 billion in funding since 2009.

OneWeb raised as much as $3.4 billion from high-profile investors such as Airbus, Richard Branson’s Virgin Group, Qualcomm (NASDAQ:QCOM), Bharti Enterprises and Grupo Salinas. However, the company received its most resounding backing in December 2016 when SoftBank’s CEO Masayoshi Son invested $1 billion in OneWeb as part of his personal commitment to President Trump to create thousands of new jobs in the United States.

SoftBank had originally intended to merge OneWeb with its gargantuan Vision Fund. However, the Japanese giant abandoned those plans when Mr. Son began to have consternations regarding the viability of the company.