OnePlus Watch Reportedly in the Works; Will Come Sooner Than We Think

Like many OEMs in the current year, OnePlus has been slowly and steadily building up its ecosystem via a network of interconnected devices. Along with OnePlus smartphones we now have wireless headphones and smart TVs. The next logical addition to the list would be a OnePlus branded smartwatch, and the company is already working on it. The information comes from a reliable source on Twitter. 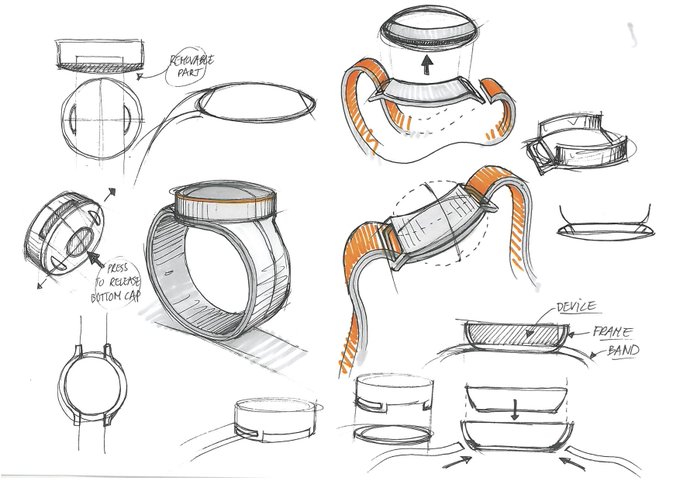 Rumors surrounding a OnePlus smartwatch have been around since as early as 2016. The project never took off and was scrapped because the company wanted to remain focused on smartphones. As you can see in the diagrams above, the device would look and operate like a regular smartwatch with a circular face and customizable straps. I doubt it will bring anything extra to the table in the way of new features . It's hard to speculate about anything, considering that very little is known about the actual watch or its specifications. We could also see OnePlus release a fitness tracker instead of a smartwatch. The Tweet did say "fitness band," after all. Companies such as Xiaomi have made copious amounts of money selling fitness bands and we see no reason why OnePlus wouldn't want in on the fun.

Is now a good time for OnePlus to enter the wearable market?

Short answer, yes. Back in 2016, OnePlus was still trying to find itself in the smartphone market. Now that they have established a firm foothold in several emerging markets such as India, the company can focus on building a complete ecosystem around their products. Besides, the current state of Android wearables is pathetic and users are starved for choice. An established brand such as OnePlus will find many customers, especially people who use their phones.

Considering that the plan has been in the pipeline for years, it is possible that OnePlus spent all this time developing its own software for the upcoming smartwatch. I wouldn't blame them for waiting it out, given the current state of WearOS. Ideally, Google should start paying more attention to its wearable department, considering that they paid a hefty amount to acquire FitBit.