A OnePlus smartwatch was expected to be showcased to the public, but looking at how wearables have yet to transition into better products, it’s probably a good reason why the project was removed off the shelf altogether. However, there is an illustration of what a OnePlus smartwatch would look like if it ever came out, so take a look at it, as well as the details that come with it.

The founder of OnePlus, Carl Pei tweets the following image along with a caption to remind everyone that there was something known as a OnePlus smartwatch.

What could have been but never will be. Sketches circa 2015. #throwback pic.twitter.com/5zKuSdDiv0

The design of the wearable shows that it features a circular watch face and is also able to have its straps removed, which suggests that the circular part of the wearable could either be attached to leather or metallic scraps, depending upon your choice to improve the aesthetic levels of the smartwatch. According to a previous interview conducted by The Wall Street Journal, Pei states the following regarding the project:

“We had completed the design but we still decided to scrap it. We have to be focused.”

The source did not manage to divulge any details on the wearable, but looking at the state of smartwatches, the company decided to move away from this project altogether, and we feel that it was a terrific decision on their part. One of the biggest drawbacks of Android Wear is battery life, and since OnePlus would not have any alternate OS to incorporate in its smartwatch, there is a high chance that the lack of functionality that we have seen from such wearables would end up becoming a bust for the company, resulting in a loss of a ton of resources. 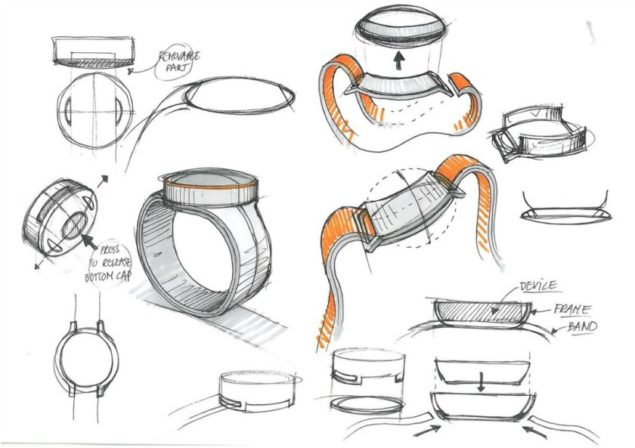 In a tough market, you obviously cannot expect wearables to sell well, unless of course they feature something extraordinary. Truth be told, it will take a significantly long period for these products to evolve into devices with tremendous levels of functionality like smartphones. Naturally, that will take some time, but who knows in the near future, OnePlus might actually surprise us.