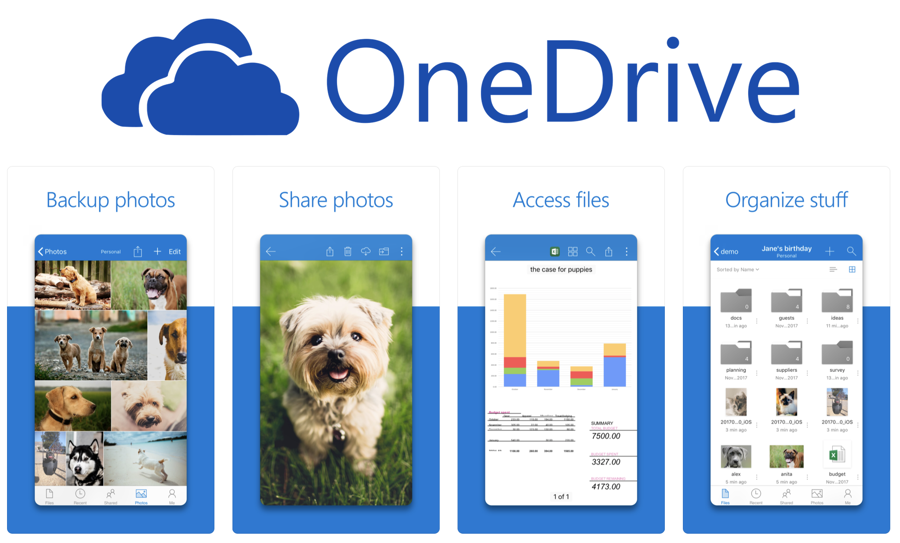 OneDrive for iOS has received a major update. It contains a fresh new UI and implements changes which Microsoft received from users as feedback.

OneDrive 10.1 is Here with Lots and Lots of New Changes

After taking a lot of feedback from users, Microsoft has released version 10.1 of its OneDrive app for both iPhone and iPad. It packs in a lot of changes under the hood. First and foremost, there's a brand new user-interface that uses the screen real-estate quite nicely, allowing you to find files and photos exactly how you want. Microsoft even went a mile ahead and made shared files easier to access so you can keep track of everything without having to dig around much.

Files app support has been added too. It works only if you have a device that is running iOS 11. This means you can bypass the OneDrive app altogether and see everything in the Files app. If you so like, you can move your documents or anything else to OneDrive from other sources in the Files app too. Handy dandy.

Own an iPad? You'll be pleased to learn that drag and drop support has been added too. Just and hold on a file and move it in OneDrive or vice versa. This is particularly great if you composing an email and wish to paste documents that are sitting in your OneDrive cloud storage.

New file type preview support has been added into the mix too. Whether it's an Adobe Photoshop file, Illustrator, RAW, TIFF, iWork, you can rest assured that everything will be ready to preview right away.

All of the above features and more can be had in the Microsoft OneDrive app absolutely free. You can download the latest update straight from the App Store's Updates section. Or, if you are installing the app for the first time, then simply tap on the link below to go straight to the download page.