OneCast App Is Bringing Xbox One Game Streaming To The Mac 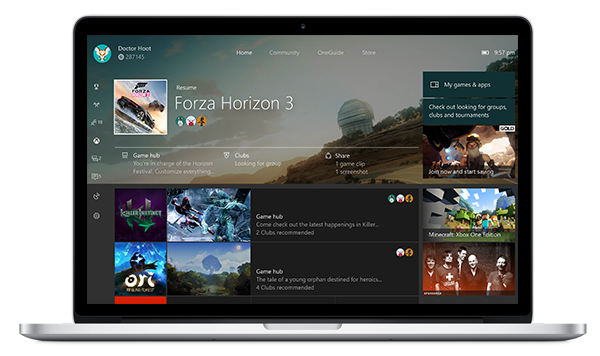 A new app has appeared which is making some interesting claims. The app is called OneCast and it is claiming to bring Xbox One game streaming to the Mac, something which Windows users have enjoyed previously. Initially, Microsoft first introduced the feature back in 2015 at its Windows 10 event in which it announced support for Windows 10 devices as a second screen for Xbox One over the same network. Henceforth, Windows 10 users have enjoyed the availability for a long time, leaving Mac users in the dust. So let's dive in to see some more details on the claims made by the OneCast app.

As we have mentioned earlier, while Windows 10 users have been enjoying the Xbox One game streaming on their device, Mac users have been working their way through several workarounds in order to score the same functionality. This includes making use of Parallels for Mac in an attempt to run the feature via Windows.

Apart from just the availability, OneCast also claims that it will provide a whopping 1080p streaming option for games through the native Mac app. In addition to this, the game streaming would feature low lag and better performance. Other than this, the app will support both, the full-screen mode and the windowed mode in order to stream your Mac's display. At this stage, the claims promised sounds pleasing, but if you're interested in something even more exciting, there's a feature which will definitely gather your attention.

OneCast will also provide you with an option to use the original Xbox One Wireless Controller through USB as well as Bluetooth. Furthermore, multi-user accounts will also be part of the addition which will provide you with the option to add an unlimited number of consoles and Xbox Live gamertags.

As for the availability, you can download the OneCast app right now to try with a trial of 14 days and currently costs $9.99. Do take note that this is reduced pricing and normally it is priced at $20. So be sure to check it out. There will be more to the story, so be sure to stay tune in for more.

Are you interested in checking the OneCast app out? Let us know in the comments.