Our Official ‘The Dress’ Post – So Which Color Is It?

The Internet has been taken by an absolute hailstorm with a simple picture of a dress. The problem as all of you undoubtedly know by now is that no one seems to be capable of agreeing on a single combination. Half the world (allegedly) thinks its blue - black while the other half thinks its white - gold. 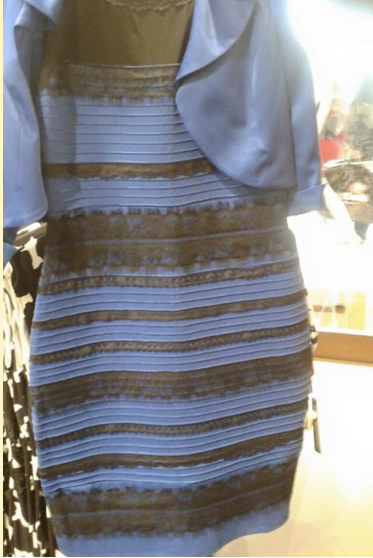 The dress that divided the world.

So tell me WCCF, which color combination is it?

Many publications have attempted to give a scientific explanation of why the color of the dress appears different to people but we are just going to chalk it to being 'one of those things'. The human eye and brain are interesting organs, but lets face it, they are only human (ahem).  The point of this article (there isn't any point actually) is quite simple. We wan't to see for ourselves how many of our familiar faces have a difference in opinion on this, because I, for the record, see blue and black.