Taiwan's leading technology publication dropped quite the scoop on NVIDIA news today: they have confirmed that the company has pre-booked 5nm capacity from TSMC to use for their next-generation Hopper GPUs. According to a report we already covered, AMD's aggressive approach with 7nm caught NVIDIA by surprise, and to rectify that problem, they have already pre-booked TSMC 5nm for Hopper GPUs. While the TSMC order is confirmed, we have also heard rumors that NIVDIA is courting Samsung for their 5nm process as well, so maybe we will see them split orders.

This is huge news because with the current roadmap, it would imply that NVIDIA is spending just one generation on the 7nm process (unless Hopper gets delayed and an Ampere-refresh architecture is slotted in, which I must admit is quite possible). As per the report we already covered, AMD took NVIDIA by surprise with their 7nm move and the company is getting extremely aggressive to protect its future growth. Doubling down on TSMC's leading 5nm process is part and parcel of this strategy.

The relevant portion of the Digitimes report, via @chiakohua (and reproduced with permission):

For next-generation GPUs based on the Hopper architecture, Nvidia has already pre-booked TSMC's 5nm production capacity in 2021, and is also in discussion with Samsung for smaller volume orders...

...In order to prevent AMD from getting any bigger, Nvidia has decided to catch up, even leapfrog AMD, in adopting TSMC's 7nm and 5nm EUV nodes. (DigiTimes)

Keep in mind Hopper is just a name right now and NVIDIA could decide to call pretty much anything Hopper going forward, but we do have confirmation of the company booking 5nm capacity for its upcoming next-generation architecture. Here is the thing though, while NVIDIA has previously spent at least a few years on a single node, the landscape with AMD getting aggressive means that the company might not actually have much of a choice.

It cannot stay on the 7nm process if AMD decides to move up to 5nm once again (which they will). Doing so would diminish its brand value and make it harder to position itself as a leader in GPU technology. The solution, as it transpires, is to throw money on the problem by pre-booking 5nm capacity in advance - just so AMD can't. This is a strategy, considering NVIDIA has access to a much larger cash pile, and TSMC won't refuse money, which we expect is going to be largely successful in restoring NVIDIA's process lead on the GPU industry. If you wish to remain in the world of facts and educated speculation isn't your cup of tea, stop reading now.

Warning: the use of MCM in NVIDIA's Hopper architecture is not confirmed. Grain of salt and all that!

Grace Hopper was a computer science pioneer that was one of the first programmers of the Harvard Mark 1.

An MCM-based design is arguably the next step in GPU evolution considering we are now being limited by the reticle size of most EUV scanners. Architectural improvements and MCM-design is the next logical frontier and since AMD has already executed on it on the CPU front, it makes sense that GPUs would be the next step in their grand plan - which would explain why NVIDIA would want to get a headstart on it all and beat them to the punch. The leak occurred from a well-known twitter account and the tweets have since been deleted but not before the Twitterati caught it and posted about it (over at 3DCenter.org). 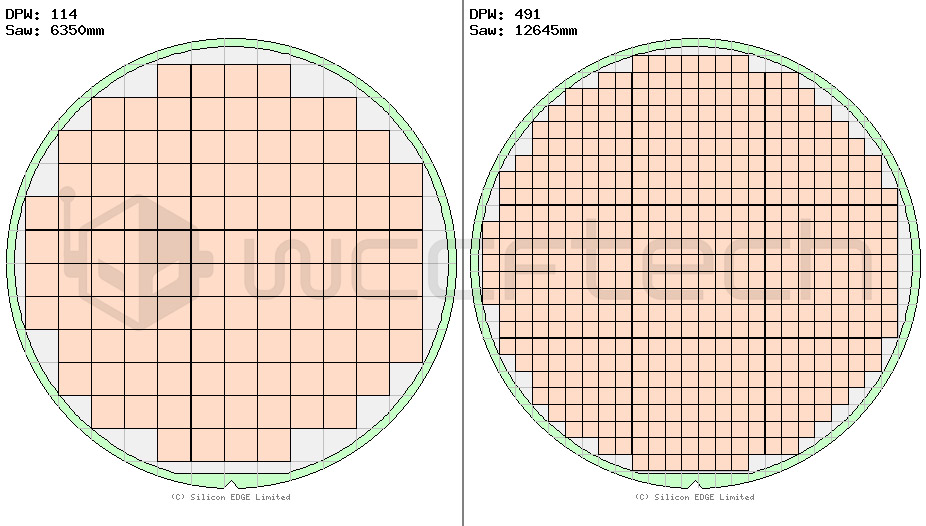