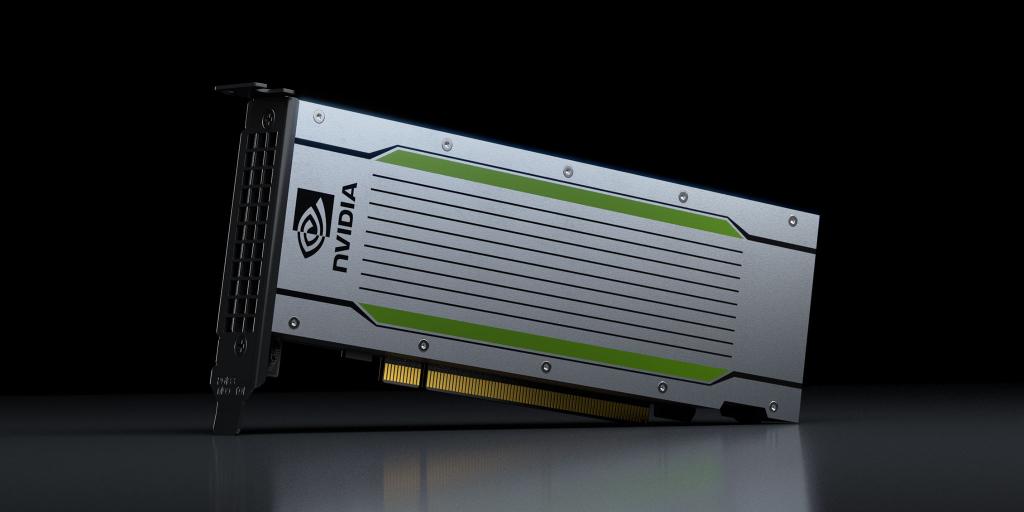 NVIDIA Tesla T4 With Turing GPU Announced at GTC Japan - Aiming At The Inferencing Market With Multi-TFLOPs of Performance at Just 75W, 2560 Cores

The Turing based NVIDIA Tesla T4 graphics card is aimed at inference acceleration markets. It is designed to accelerate deep learning performance by a magnitude over its predecessors and is also going to deliver breakthrough performance for AI video applications. NVIDIA's own estimate put the graphics card at twice as fast in video processing, enabling users to decode up to 38 full-HD video streams which just wasn't possible on the previous generation.

The specifications inside the Tesla T4 are very impressive given its single-slot PCIe form factor. The graphics card packs the Turing TU104 GPU with 2560 CUDA cores and 320 Tensor Cores. It delivers 8.1 TFLOPs of FP32 performance, 65 TFLOPs of FP16 mixed-precision, 130 TOPs of INT8 and 260 TOPs of INT4 performance. All of this compute performance is achieved with a TDP of just 75W. It means that you don't need any external power source as the graphics card will be pulling the juice from the PCIe slot and can be put inside a 1U, 4U or any rack since the small form factor design will allow for large-scale compatibility in many servers.

Additionally, the graphics card will be coupled with 16 GB of GDDR6 memory which will deliver a bandwidth of more than 320 GB/s which is just stunning. The NV TensorRT Hyperscale Platform includes a comprehensive set of hardware and software offerings optimized for powerful, highly efficient inference. Key elements include: 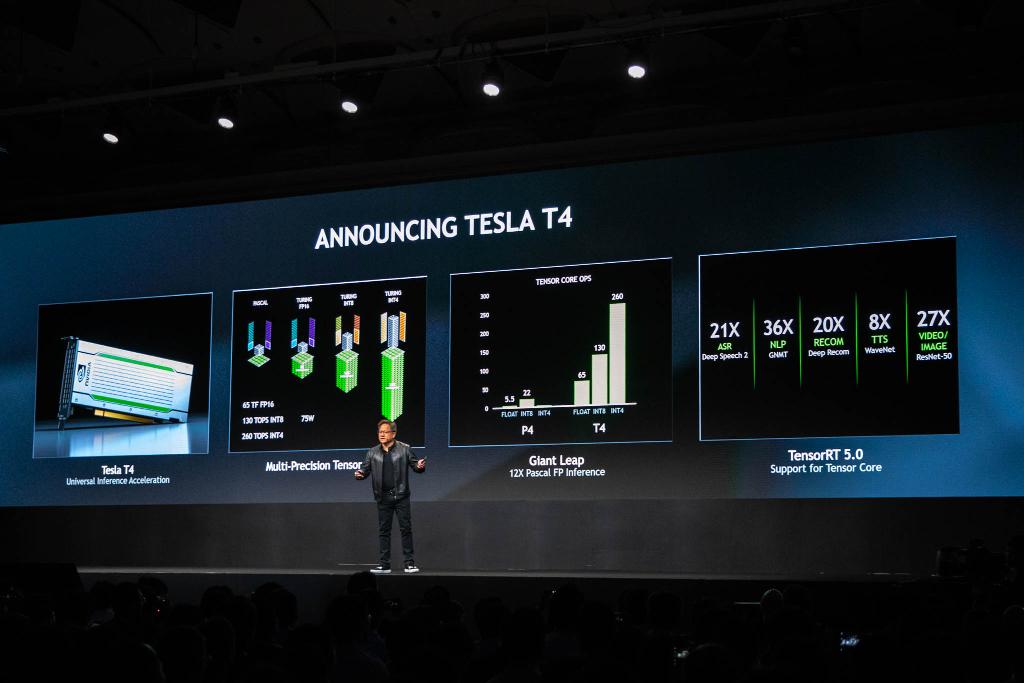 There's no word on pricing or availability yet but we will keep you updated as we get more info on the new Tesla T4 graphics card.