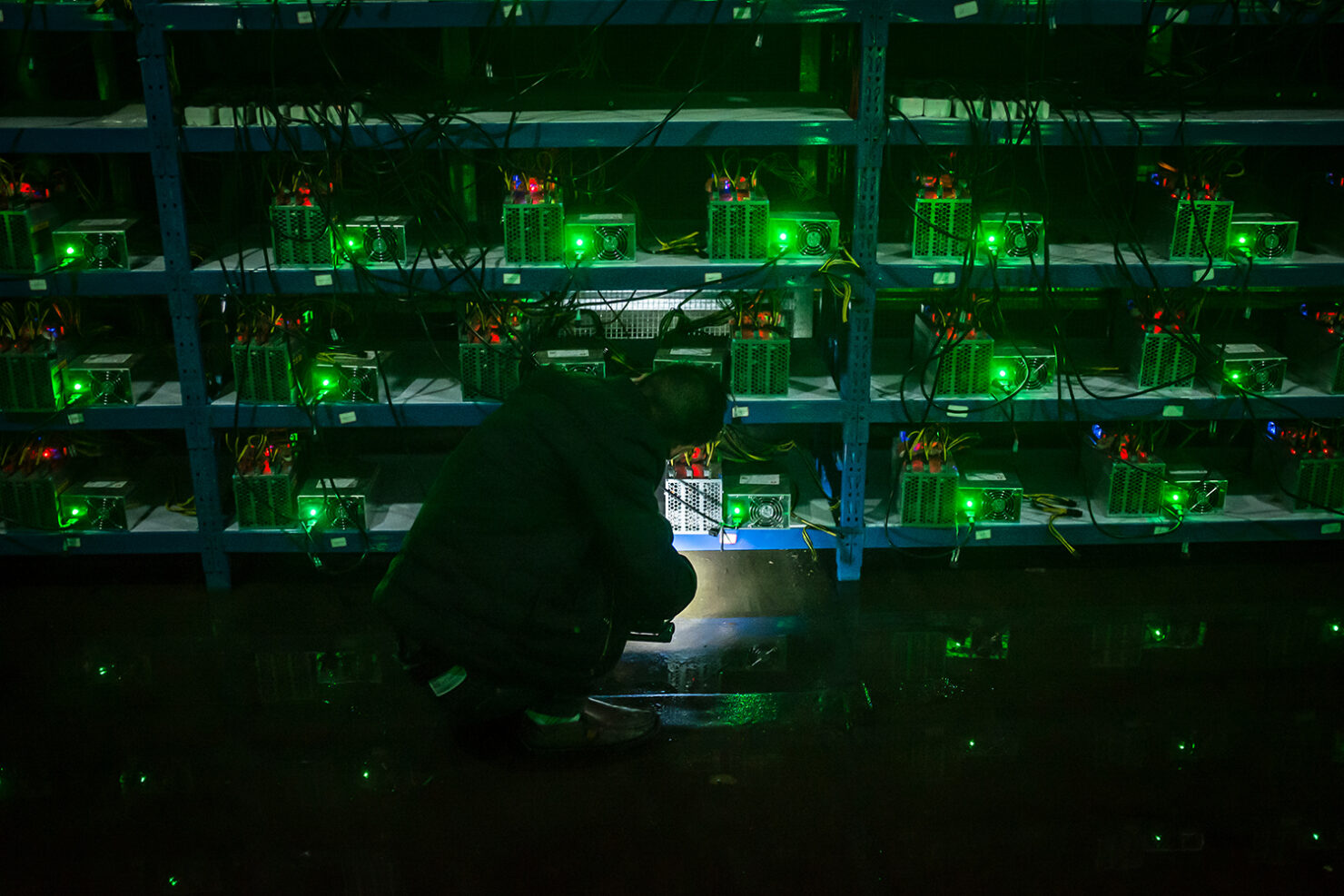 As this boom ended, both NVIDIA and AMD saw their GPU shipments drop and inventories rise, with demand for their products slowing down due to dropping cryptocurrency prices. NVIDIA, for its part, was accused of financial impropriety by trying to shield investors from the true extent of its earnings from crypto products, by incorrectly classifying the revenue stream under Gaming, as opposed to OEM category as it had initially promised.

To that end, NVIDIA is now being sued by investors for misinforming them about the true nature of its dependency on cryptocurrency sales. The suit names senior members of the company's management, including chief executive Jensen Huang as the defendants, and it is filed on the behalf of all of NVIDIA's investors.

NVIDIA Sued By Investors For Understating At least $1.1 Billion Of Revenue Earned From Selling Cryptocurrency Products

In addition to Mr. Huang, the lawsuit, which was filed earlier this week, also names NVIDIA's chief financial officer Collette Kress and the company's senior vice president of GeForce at the time (current executive vice president) Jeff Fisher as directly responsible for the aforementioned revenue understatement.

To bolster its allegations, the complaints use testimony provided by five former NVIDIA employees. These are a senior account manager in China who left the company in 2017, a senior products director who worked in California prior to May 2017, an individual who first served as a senior director for consumer marketing in Latin America, a community manager in Moscow, Russia who worked there until 2017 and NVIDIA's head of consumer marketing for South Asia who served in the role until 2019.

Former employees from China and Russia are crucial in assessing whether NVIDIA did really mislead investors due to the fact that cryptocurrency mining operations were generally located in these countries due to low energy costs.

During the suit's time period, the complainants also claim that NVIDIA's management continued to closely monitor the source of its revenue boom. They state that by specifically quantifying miner GeForce sales data, by holding quarterly meetings in which the company's vice presidents presented crypto sales data to chief executive Huang, by analyzing weekly sales data that covered mining sales, by studying usage data from GeForce Experience and by commissioning an internal study to analyze the percentage of revenue earned from selling graphics cards to miners, NVIDIA's management was fully aware of the extent of the sales that the company was earning from selling its products to miners as opposed to gamers.

Additionally, they also allege that data gathered by NVIDIA's sales team in China showed that throughout 2017, more than 60% of the company's GeForce sales in the country were through purchases made by miners instead of gamers. 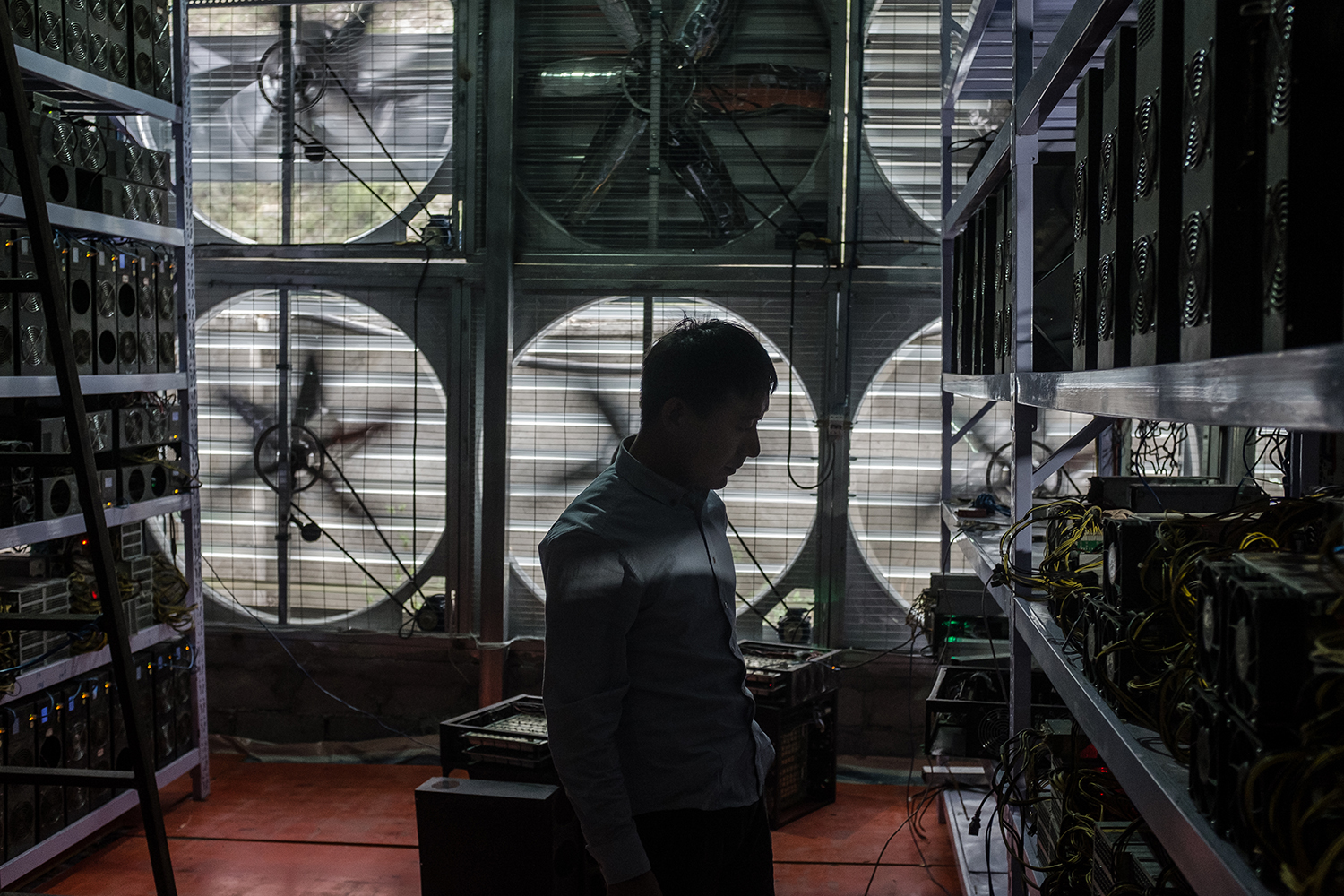 A miner in China stands next to the cooling fans in his Bitcoin mine in China's Sichuan province in 2016. (Image Credits: Chinafile)

This wouldn't prove to be the end of NVIDIA's China engagement when it came to bitcoin mining. In 2017, the claimants allege that Mr. Fisher commissioned a study of crypto product demand in China. The results of this study forecasted that by the end of 2017, NVIDIA would sell roughly 2 million GPUs to miners in China. With the scope of this demand starting to emerge Mr. Fisher did caution his contemporaries that the demand was "dangerous"; yet, not only did the study also highlight NVIDIA's plans to target this demand but it also executives continued to brainstorm methods to effectively target this demand at quarter sales meetings. Whether this falls under the ambit of fiduciary responsibility to shareholders is a matter that courts will decide.

Finally, the claimants of this suit also commissioned consulting firm Prysm Group to analyze the extent of NVIDIA's misrepresentation of mining product revenue. The results of this study, shown below, reveal that from May 2017 to the end of July 2018, NVIDIA earned roughly $1.73 billion in revenue from selling its products to miners, implying that during the time period, NVIDIA classified $1.1 billion of crypto revenue to its Gaming division instead of the OEM division as management had initially promised to do.

Table compiling the results of Pry Group's study showing NVIDIA's alleged misclassification of cryptocurrency product revenue. Image is taken from page 10 of Case No. 4:18-cv-07669-HSG filed in the United States District Court for the Northern District of California Oklahoma Division.

The Prysm study follows a study by RBC Capital's analyst Mitch Steves who in February last year stated that NVIDIA had earned roughly $1.35 billion more in revenue through cryptocurrency revenue than it had originally stated. Steves based his conclusion on the hash rate of cryptocurrencies requiring GPUs for processing during the time period. The hash rate determines the amount of power required to run a bitcoin operation and it is generally computed in hashes per second.

The full, amended text of Case No. 4:18-cv-07669-HSG filed in the United States District Court for the Northern District of California Oklahoma Division can be accessed here.