NVIDIA SLI now official for Intel Core i5 and i7 platforms

Not like anyone was betting against it, NVIDIA have finally complied with Intel and other LGA 1156 based board manufacturers and have licensed the use of their SLI technology in the upcoming machines. This includes all versions of Core i7 and Core i5 which would start to roll out early next month. This applies to all the motherboards based on the mainstream Intel P55 platform, younger brother to the enthusiast X58 we all know and love because of the Core i7. 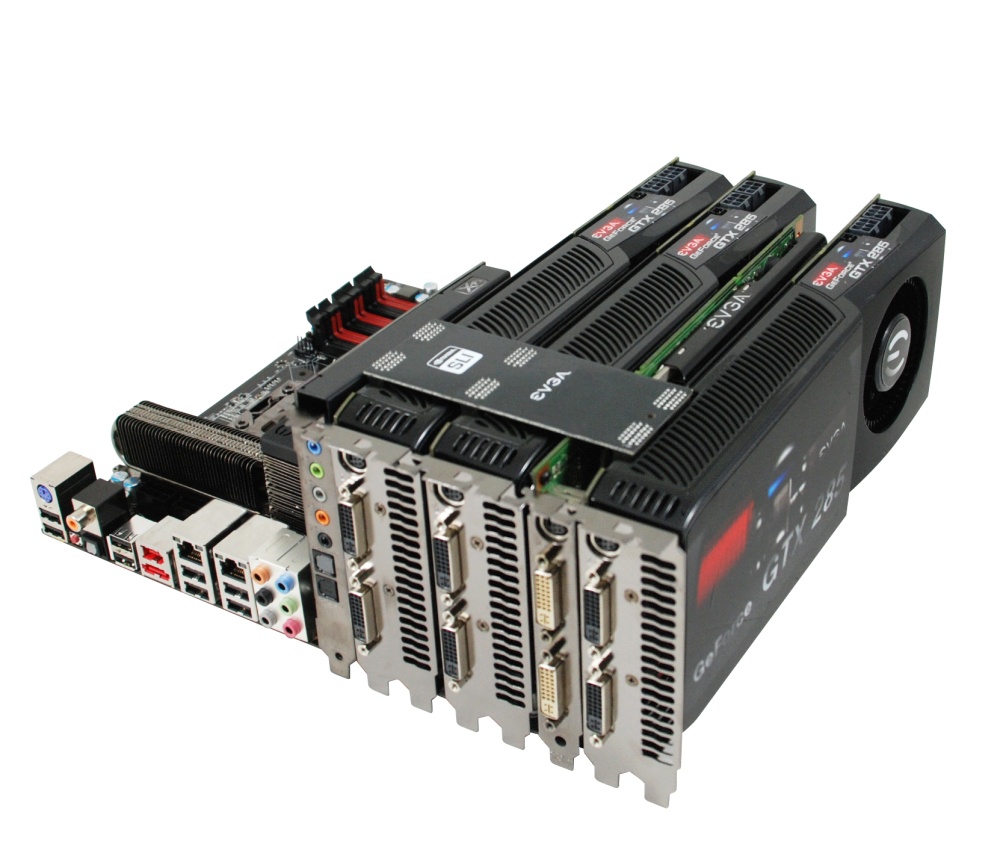 Interestingly, the Core i5 would already have integrated GPUs on the CPU die, greatly improving performance compared to the current P45, even though it still uses the current generation Direct Media Interface for point-to-point communication instead of the Quick Path Interconnect which was introduced with the Intel X58.

What surprises me is that the license includes SLI support for up to 4 GPUs while the P55 northbridge only supports maximum of 16 PCI Express 2.0 lanes, ruling out the possibility of any performance improvement if more than two devices are connected. That's because adding more PCI Express slots would mean dividing the available lanes to something like x4 per GPU.

Anyways looks like Intel and NVIDIA are teaming up well to compete against the rival AMD which has a completely in house solution for CPU, Northbridge, Southbridge and GPUs thanks to its ATI graphics division. But would NVIDIA be able to time its DirectX 11 based GPU release to match AMD/ATI's launch?