NVIDIA And Samsung Finally Form A Truce For Their Patent Clash

Both Samsung and leading graphics processor manufacturer NVIDIA have managed to settle a two-year patent battle. The crux of the patent clash revolved around the fact that both companies stated that each of them had infringed the rights to its technologies. 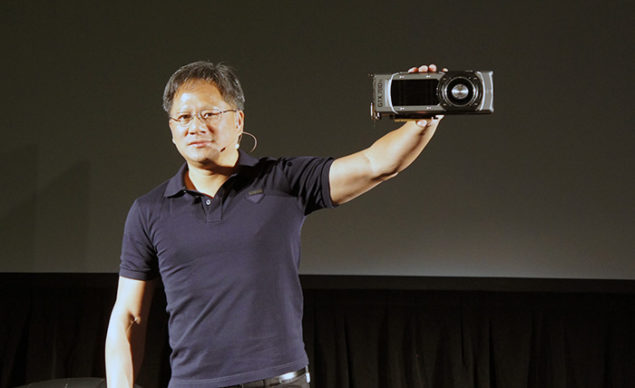 The Dispute Might Come To A Close, But NVIDIA Has A Different Tale To Tell

The official announcement came hours before a ruling that could have blocked NVIDIA from importing some of its products into the US. According to Danielle Meister Cohen, a media contact hailing from Samsung, she states the following regarding the closure of the dispute:

“We are happy to resolve this dispute through a fair settlement. Our agreement will lead to the immediate dismissal of all pending IP litigation in U.S. district courts, the U.S. International Trade Commission and the U.S. Patent Office between the companies.”

Now, although the agreement brings the dispute to a close, NVIDIA has stated that the terms of the deal were limited as it states the following:

“The settlement includes the licensing of a small number of patents by each company to the other, but no broad cross-licensing of patents or other compensation.”

While it appears that Samsung is happy that the dispute has finally been settled, NVIDIA might have an ulterior motive at hand and might actually end up sprouting up the patent warfare once more. Now, to take a stroll down memory lane to see how the patent war actually ended up taking place, the skirmish between the two tech giants took place in September 2014, when NVIDIA held a news conference during which its chief executive declared the South Korean tech giant was using the company’s graphics technology for absolutely no charge in its own devices.

He went on to say that NVIDIA was going to take legal action against the largest Android smartphone OEM since initial talks resulted in an impasse between the two companies. Nearly two months after that, Samsung came up with a counter claiming its innovations had been used without permission in NVIDIA'S Shield tablets and chips.

The matter had to be take care up by International Trade Commission, which is a US agency who forte is settling patent disputes. The ITC concluded that Samsung’s graphics processors had not infringed NVIDIA'S patents in any manner possible, but did say that the latter’s chips had violated three of Samsung's patents.

Now that the case has finally been taken care of, NVIDIA will be free to carry out business in the United States. Hopefully, this will be the end of the patent infringement saga between the two companies.