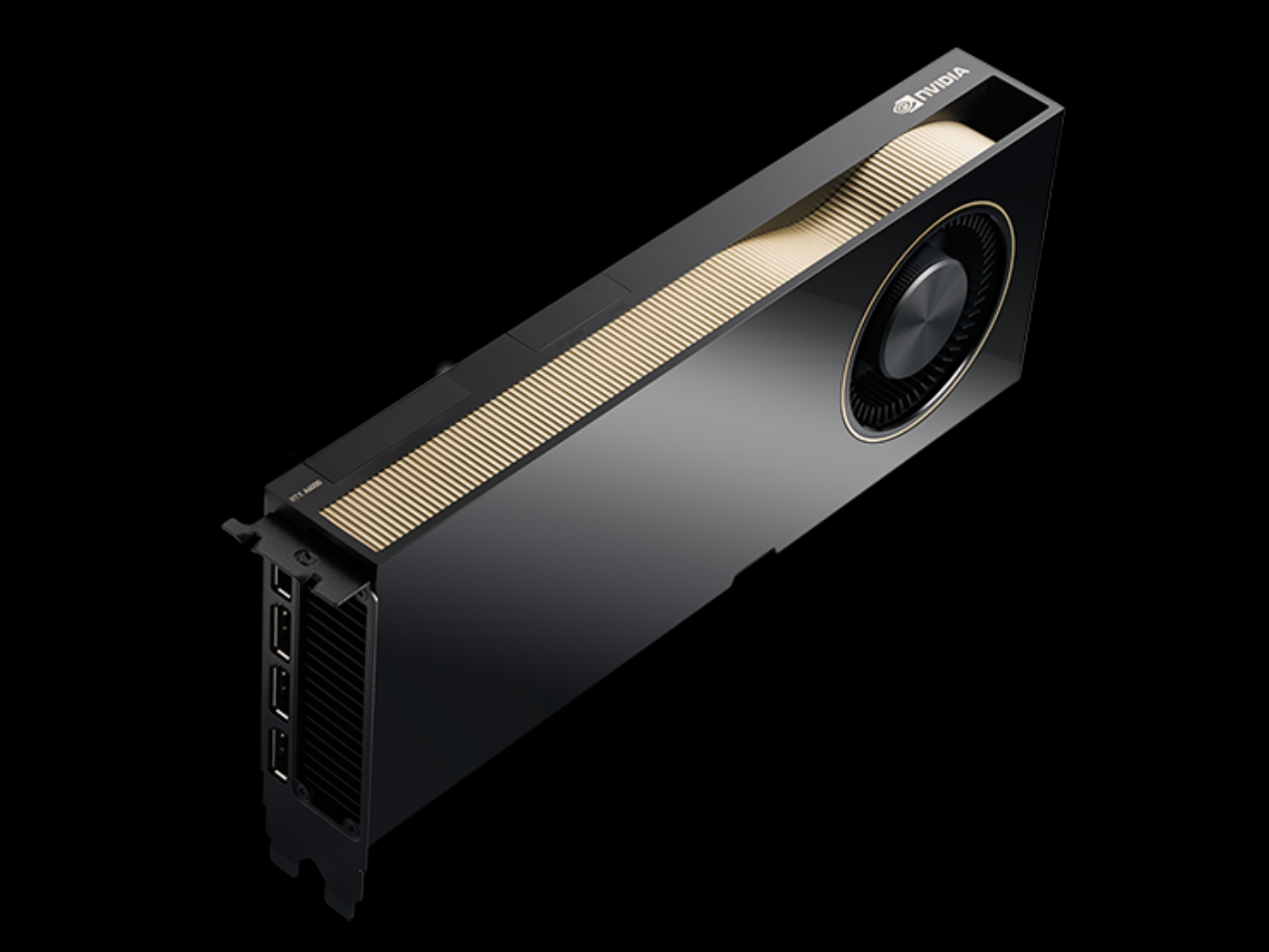 In short Resizable BAR removes the tight restriction on the amount of data that can flow between the CPU and the GPU Memory and can sometimes allow for substantial performance increases. Resizable BAR grew in popularity and recognition when AMD implemented Smart Access Memory when you paired a Ryzen 5000 Series CPU and a 500 Series Chipset with an RX 6000 Series GPU. The biggest differentiator here between AMDs implementation and NVIDIA's is that the NVIDIA support for ReBAR (Resizable BAR) is that it's supported on many more platforms. 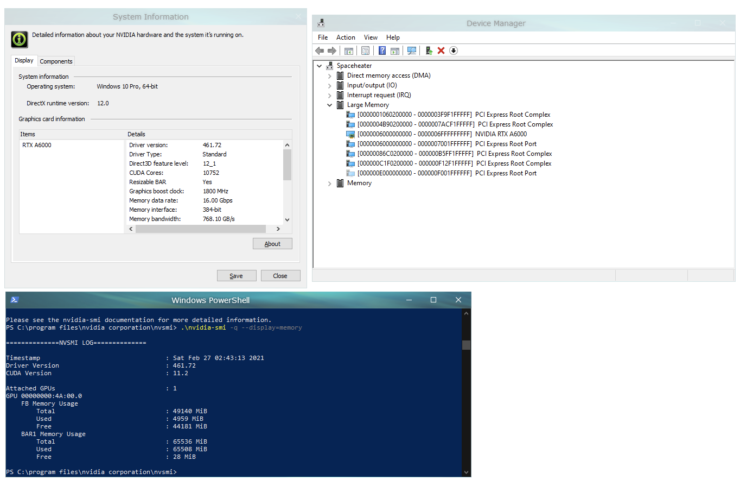 The RTX A6000 is the only Ampere card with a full GA102 GPU with 10752 CUDA cores. The amount of memory on this card dwarfs any other RTX 30 series card at 48GB of GDDR6 memory. The reason we don't see GDDR6X memory is that it is not available in such high capacities. The resizable BAR technology will be great for this amount of memory and is available with the stock vBIOS. As for the rest of the RTX 30 series cards, the wait for resizable BAR is short with compatible vBIOSes being made by NVIDIA. NVIDIA and partners alike are expected to release a compatible vBIOS for FE and custom cards in March.

The NVIDIA RTX A6000 is a card that is most definitely not for everyone and the price tag represents that. The A6000 costs $4,650 which is 3 times the MSRP of the ultra-enthusiast level card in the GeForce line: the RTX 3090.