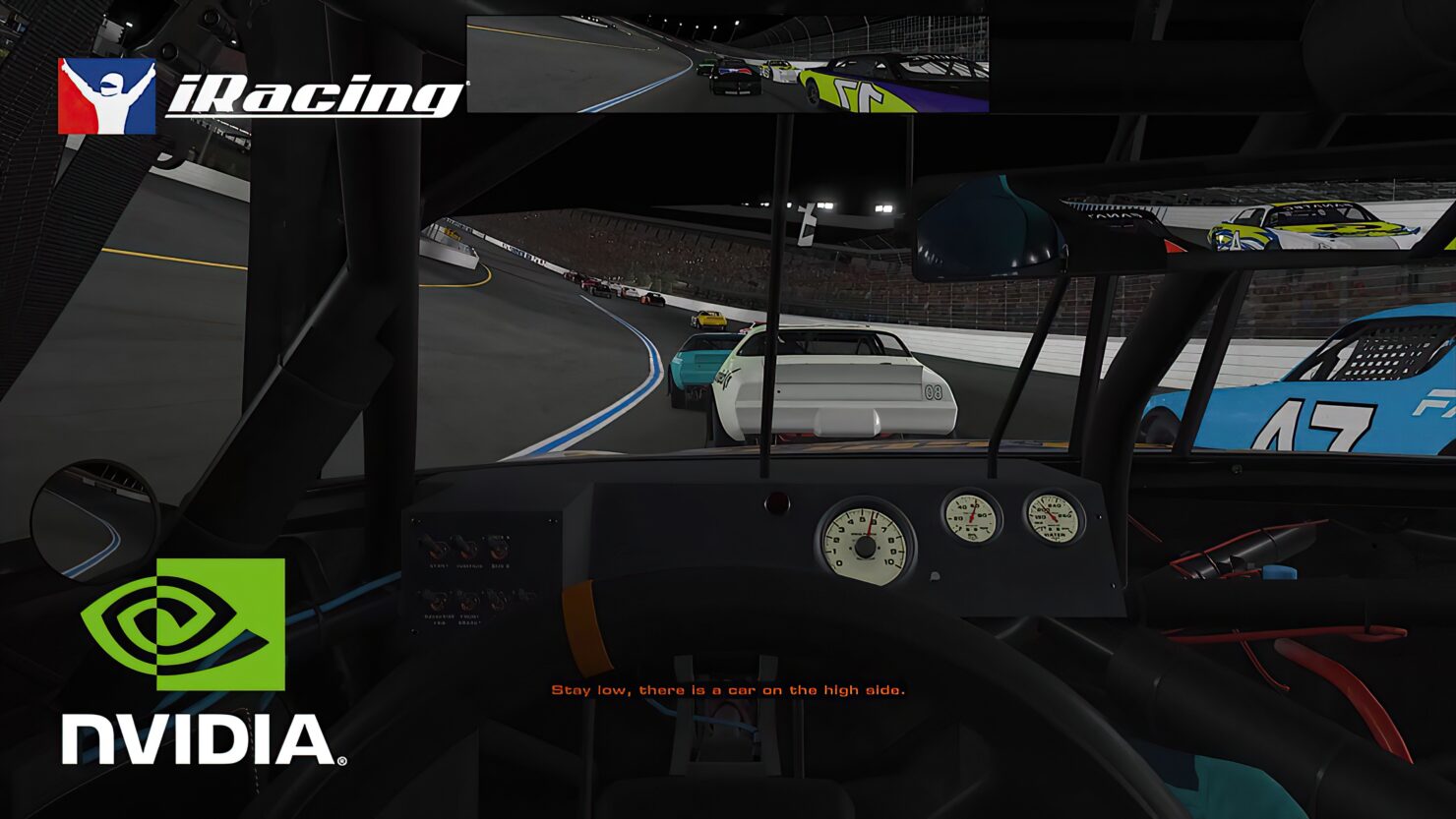 As announced in early January, NVIDIA Reflex has been added to iRacing, the subscription-based competitive racing game developed and published by iRacing.com Motorsport Simulations. NVIDIA Reflex can reportedly lower your system latency by up to 20%. 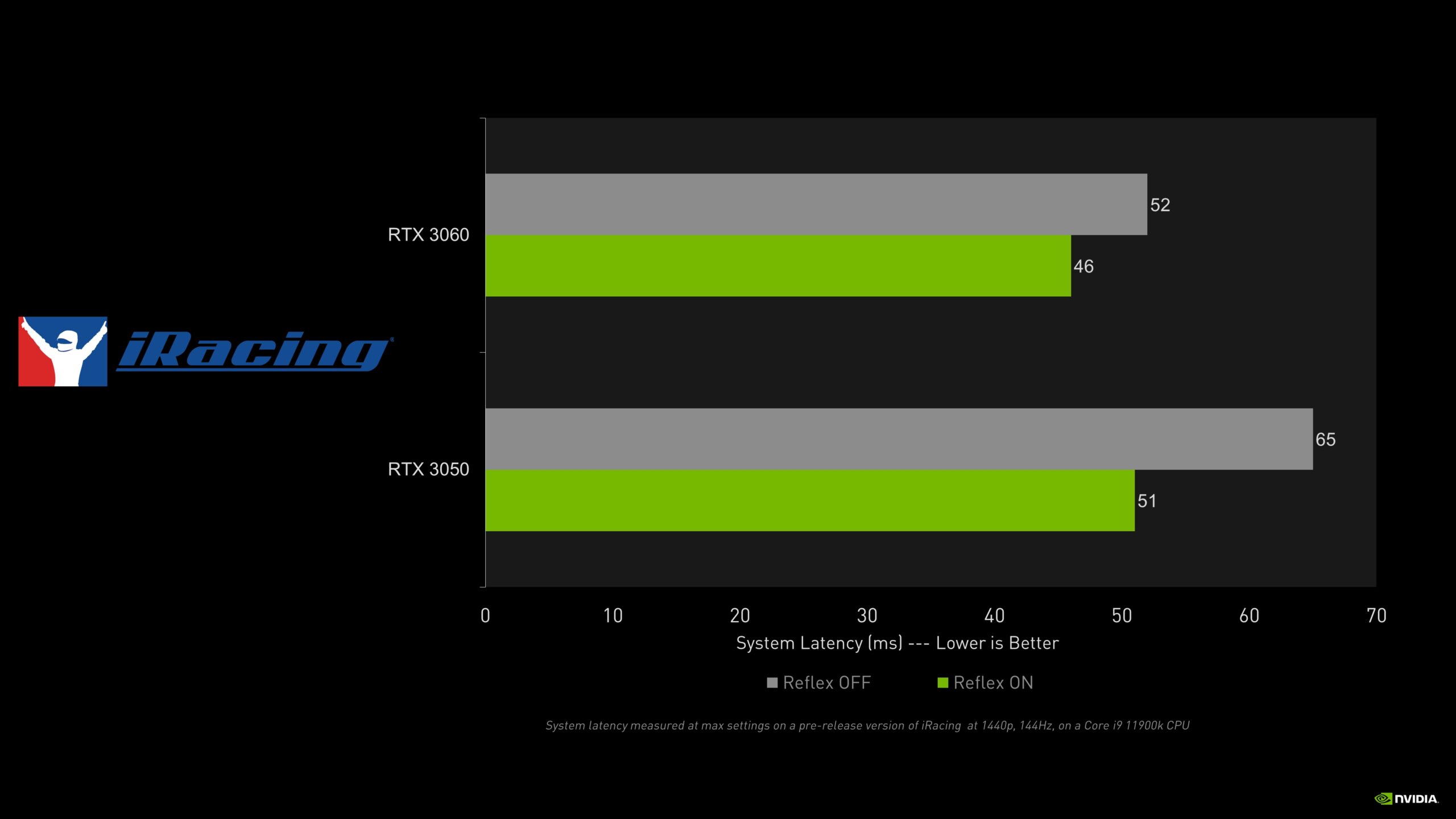 The technology in simulated racing is always evolving, especially as it elevates our ability to be more precise behind the sim wheel. This is a must to perform at our very best, and NVIDIA’s Reflex technology is going to take it to the next level. I can't wait to experience what they have to offer.

When designing a physical race car, we spend considerable resources assuring that steering, throttle, and braking systems are highly responsive to the driver’s commands. For our iRacing esports teams, the same is true, but instead of engineering physical systems, we must ensure that driver inputs are fed into the simulation engine with minimal delay. Minimizing this latency between the driver control systems, the sim engine, and the video display are not only key for providing a sense of realism, but also allows drivers to hone their car control skills in a virtual environment.

NVIDIA Reflex and NVIDIA DLSS are also available in the SUPER People beta (ray tracing support will be added with the full release of the Battle Royale game). 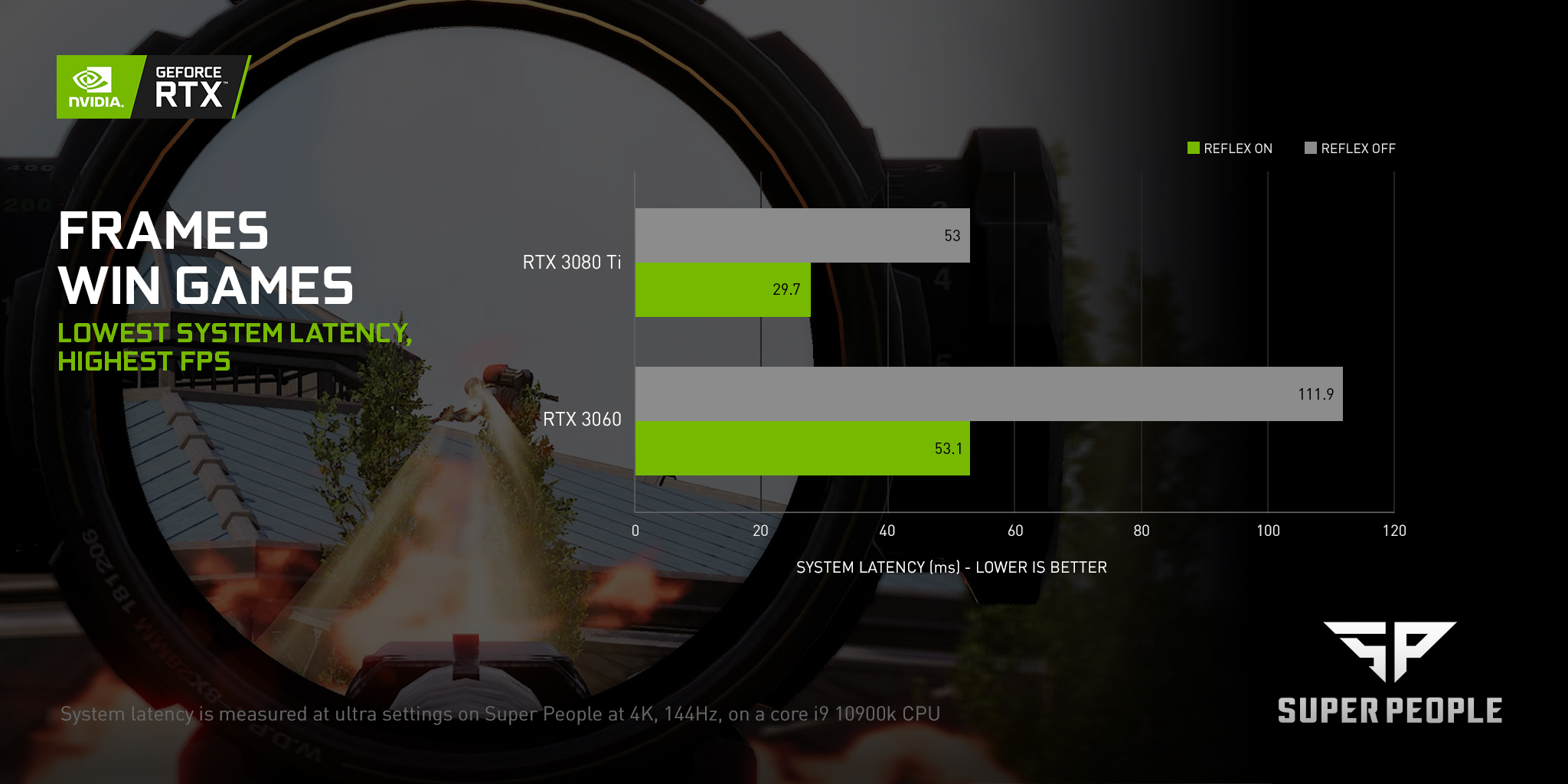 According to NVIDIA's testing, the system latency can go down by up to 50% in this game.

NVIDIA also announced that Shadow Warrior 3 will get NVIDIA Reflex support (alongside DLSS support) when it launches on March 1st.

That's not all the news coming in today. A new NVIDIA G-SYNC display with Reflex monitor, the Lenovo Legion Y25G-30 (24.5", 1080p resolution, 360Hz refresh rate), will debut later this month. 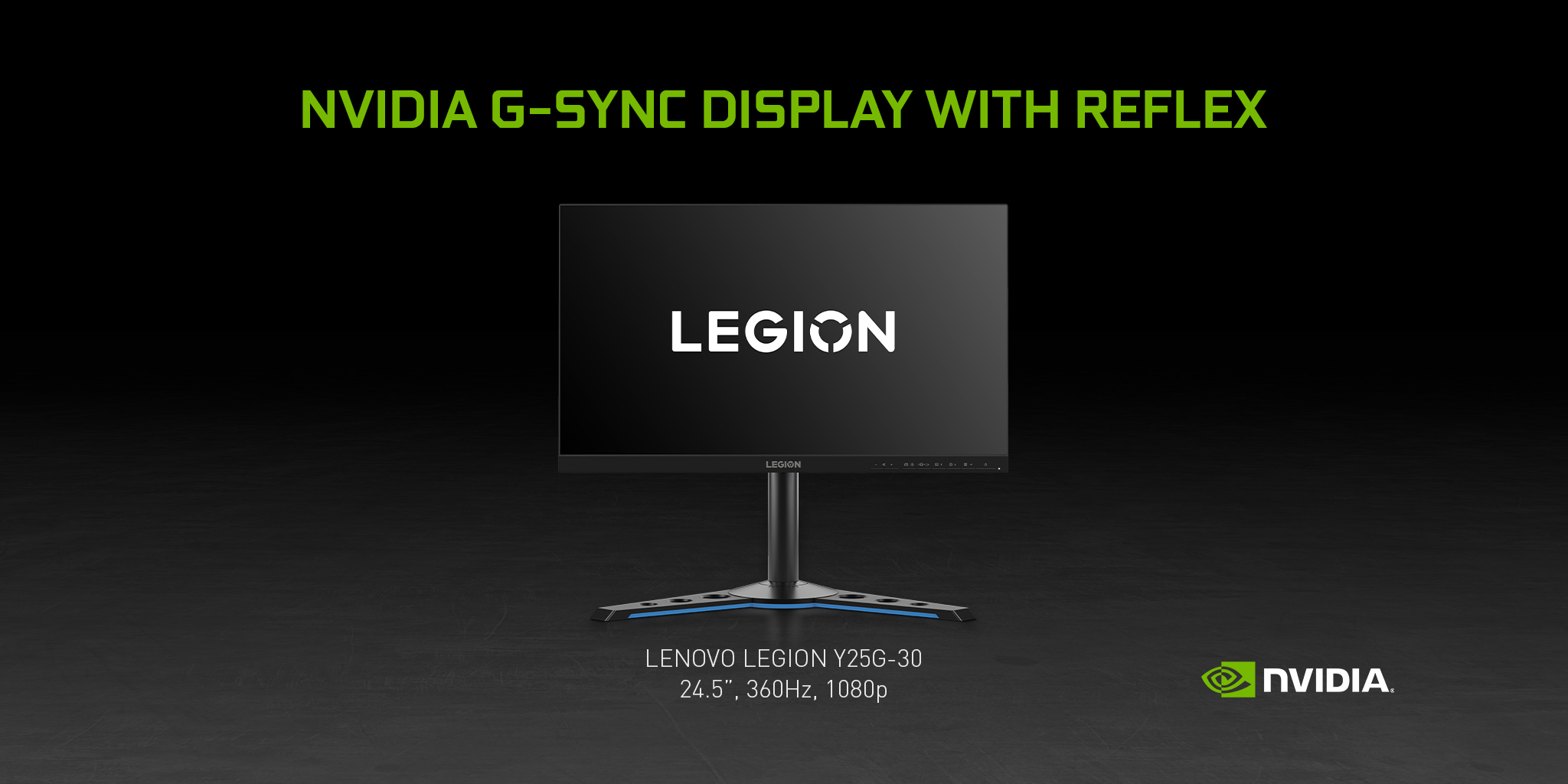 Lastly, NVIDIA announced the results of its System Latency Challenge, conducted in late 2021 via Kovaak Aim Trainer. Check out the video below for an analysis of the scores.