This is quite a treat for Nvidia users! The amazing Flex effects that we have been seeing demonstrated for some time now, have been made available in a tech demo that we can try out for ourselves. 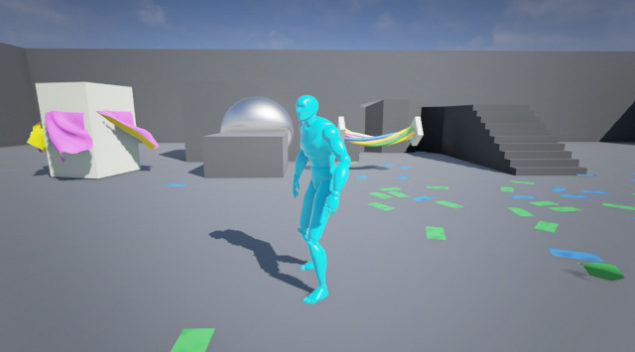 The demo can be downloaded here.

1. extract the package to any directory using http://www.7-zip.org
2. go to bin\x64\ or bin\win32\ directory
3. run flexDemoRelease.exe
4. select a sample scene from the upper left menu
5. press ‘P’ to begin simulation (‘U’ to toggle full screen).

And here are the controls:

NVIDIA FleX is the new GPU accelerated particle-based simulation library. The core idea of FleX is that every object is represented as a system of particles connected by constraints. Such unified representation allows efficient modeling of many different materials and natural interaction between elements of different types, for example, two-way coupling between rigid bodies and fluids.

Interested developers may be pleased to hear that NVIDIA has already completed basic integration of FleX solver into Unreal Engine 4, and it can be freely obtained with one specific UE4 source code branch at GitHub.