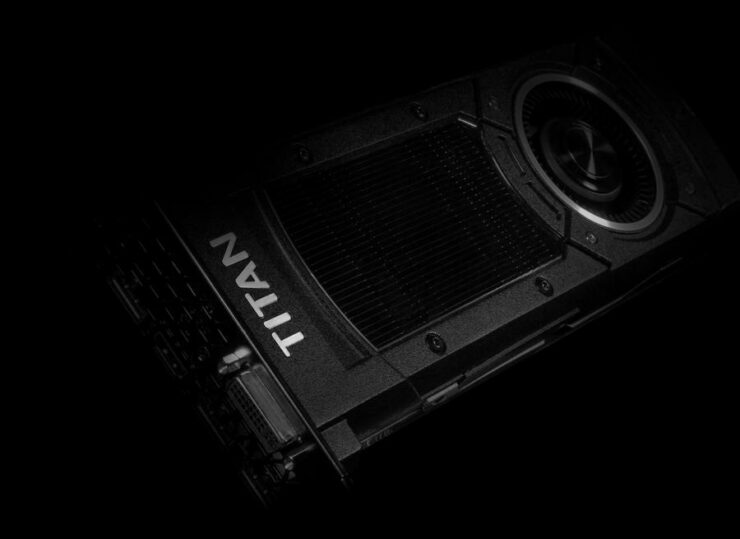 We know from reports that NVIDIA is at the moment developing a new GeForce and Quadro lineup of cards based on their GP100 / 102 graphics core. The latest graphics cards will be loaded with HBM2 memory and reports from VRWorld suggest that we can see a consumer grade GeForce GTX Titan card based on the GP100 / 102 core in just a matter of months.

The senior editor of VRWorld, Theo Valich, has been very accurate with his past reports and he's breaking the story on the upcoming Titan launch which is aimed at the ultra-enthusiast market segment. According to the source, the difference between the GP100 and GP102 variants is that the GP100 core uses NVLINK interface while the GP102 is the PCI-Express based solution while retaining the same features and specifications of the GP100 GPU.

So the core codename only indicates the use of NVLINK and PCI-Express based interconnect links. NVIDIA recently launched their Tesla P100 solutions for PCI-Express based platforms which feature the exact same specifications as the NVLINK based module. The guys over at VRWorld not only managed to gets a hands on look at the PCI-Express based Tesla P100 graphics cards but also the GP100 / GP102 based GeForce Titan graphics card. The site mentions that the GeForce solution based on such a chip will arrive after the Quadro based solution. 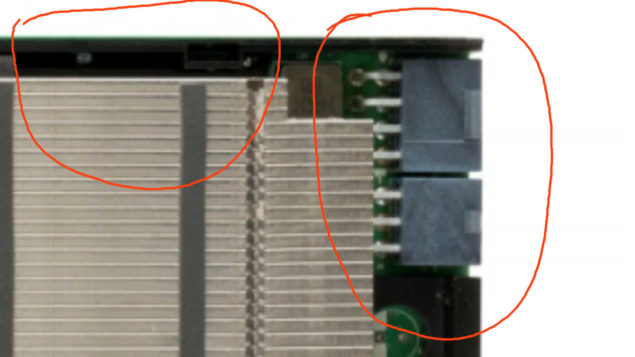 A picture of the power connectors featured on the reference Tesla P100 graphics board. (Image Credits: VRWorld)

Back when NVIDIA launched their GeForce GTX Titan X graphics card based on their GM200 GPU architecture, they also launched the Quadro M6000 which was also based on the same GM200 configuration. We saw that the Quadro and GeForce solutions featured a very similar design scheme. Both cards were bearing their own marketing on the cooler shrouds, "Quadro" for the M6000 and "Titan" for the GeForce GTX Titan X card. Titan and Quadro based solutions would be using an 8+6 or 8+8 Pin configuration but knowing NVIDIA, it's possible that NVIDIA would go with the 8+6 Pin power connection scheme with a TDP set at 250W.

The Quadro M6000 featured a single front facing 8-Pin power connector with a TDP of 225W while the GeForce GTX Titan X featured an 8+6 Pin configuration with a rated TDP of 250W. NVIDIA seems to be finalizing the clock speeds for their consumer based GeForce and Quadro solutions and trying to extract every bit of juice out of these high-performance GPUs.

The site has further alleged that with current clock speeds and performance figures, we are looking at 50% performance increase over the GeForce GTX 1080 which is already 25-30% faster than the reference Titan X. Furthermore, the card would feature either 12 or 16 GB of HBM2 at speeds which will deliver 50% better band width compared to the GDDR5X solution on the GeForce GTX 1080. The GTX 1080 features 320 GB/s bandwidth while the GTX Titan X featured 336.6 GB/s bandwidth. The Titan solution featuring HBM2 would get 480 GB/s bandwidth with higher VRAM and much lower power draw than first generation HBM.

We should also note that HBM2 has been in mass production since January and higher density modules are expected to be mass produced later this year. NVIDIA was first to feature GDDR5X on their cards and already shipping HBM2 with their Tesla grade parts which are shipping to HPC market and supercomputers directly. NVIDIA's GeForce GTX Titan based on Pascal could be the first HBM2 based consumer card.

According to NVIDIA, the high-performance throughput of the GP100 GPU is now bound by the CPU clock speed. A Core i7-6700K with faster clocks of 4.0 GHz fares well with the GP100 GPU compared to Intel's top Core i7-6950X processor that has a clock speed of 3.0 GHz (10 cores).

Expected launch date of the GeForce Titan card featuring the top of the line Pascal core is hinted for launch in Gamescom 2016 in August. To be honest, this release date is very close to our previous estimates but I guess NVIDIA is going all out at the enthusiast market space with high-performance offerings. The Titan card would obviously not feature the full GP100 configuration since Tesla P100 is already using cut down configuration compared to the full 3840 CUDA core variant which is expected for launch in 2017 along with the higher 24 GB and 32 GB HBM2 variants which will be going in production later this year. 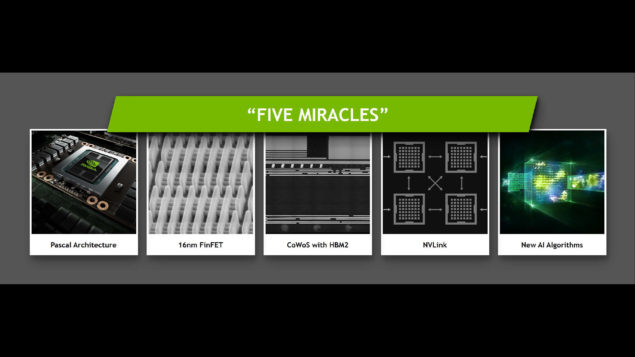 For consumers, it makes sense to launch cut down variants of the Titan card which would still feature a 50% performance benefit over GP104. Pricing should be expected around $999 US which has been the reference pricing for all Titan based (single-chip) cards launched since 2013.