NVIDIA is on the verge of launching their first 16nm FinFET based products featuring the highest performance and power efficiency to date. Pascal which is the name of their upcoming GPU architecture is built from ground up to deliver not only the best gaming performance but also the best compute performance. NVIDIA is going to present their Pascal GPUs at GTC 2016 but it seems like we already have a hint at when the consumer variant will be launching as Benchlife reports that NVIDIA is prepping the GeForce GTX 1080 for launch in May. 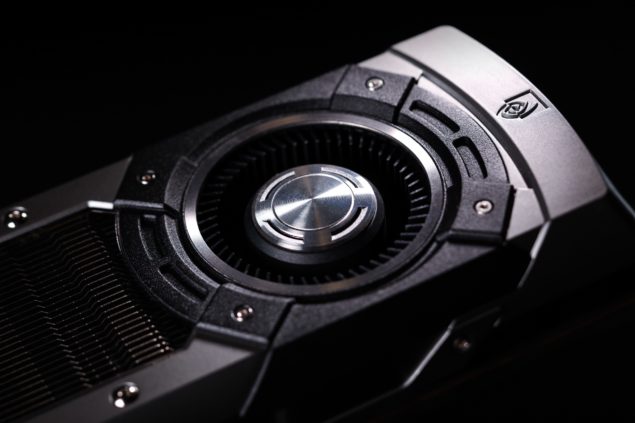 We have long been awaiting to learn some information on the Pascal GPUs regarding which NVIDIA has kept really silent but it seems like the company is getting ready for a big showcase at GTC 2016. NVIDIA's CEO, Jen Hsun Huang himself will deliver the opening keynote of GTC and present not only their latest 16nm FinFET architecture but the corresponding cards that utilize the Pascal GPUs. 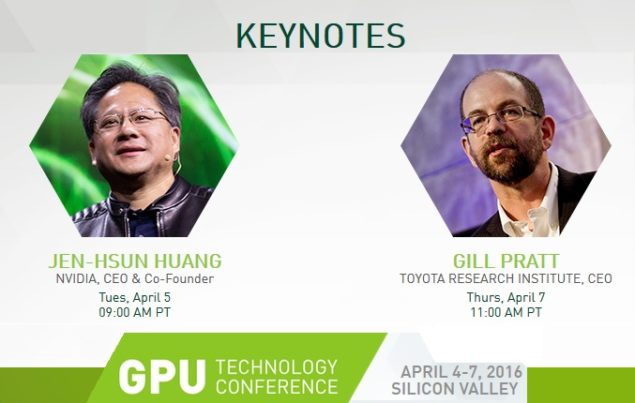 Word is that NVIDIA's Pascal will aim at both consumer and server markets as the chip to be in headlines would be the GP100 which is the flagship GPU in the Pascal lineup and the full fledged beast that will be shipping with Tesla and Quadro brands first. The consumer side will not be left alone as NVIDIA will launch their new graphics card based on the GP104 which will be solely aimed at gamers in Q2 2016. These cards will include new graphic side enhancements along with software side enhancements for APIs such as Vulkan and DirectX 12.

The report mentions that NVIDIA's GP104 will be utilized by a graphics card called the GeForce GTX 1080. Know we don't know whether NVIDIA will be aiming for a 1000 series naming scheme or skipping it for something far more simpler but the name could change at any point since the launch is still a few months away. The GeForce GTX 1080 will be the fastest consumer offering for a while and while NVIDIA will also have the GTX 1070 in the same time frame, the latter will fall below the 1080 performance since it will be using a cut down configuration.

There are some significant details in the mentioned report which state that NVIDIA's GP104 based Pascal cards will feature up to 8 GB GDDR5 memory. This brings the memory capacity to the same amount as AMD's current Radeon R9 390 series graphics cards which are hit among the public for their great price to performance value. The report says that GDDR5 is the memory standard to be used on the GP104 series cards and there remains a possibility where AIBs can start shipping higher performance GDDR5X chips based cards later on since Micron is expected to start mass production in Summer of 2016. 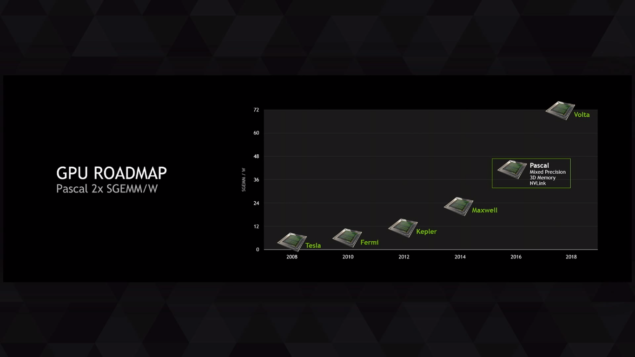 Performance side of things, NVIDIA will have their GP104 GPUs pitted directly against AMD's Radeon Fury and high-end Polaris (Mid-2016) graphics cards while the GP100 consumer variant (New Titan) will be competing against the flagship Polaris based graphics cards. The GP100 consumer variant will feature up to 16 GB HBM2 memory while the HPC variants will ship with up to 32 GB HBM2 memory.

It is stated that Samsung is in direct cooperation with NVIDIA on deployment of HBM2 memory for their cards and have already begun production as of early 2016. SK Hynix on the other hand is directly cooperating with AMD for the development of the new HBM2 memory dies for their Polaris GPUs however SK Hynix has stated to commence mass production in Q3 2016.

Other details that are mentioned suggest that the GeForce GTX 1080 will be shipping on 27th May which is just a few days before Computex so its probable that NVIDIA may host a Pre-Computex event to display their Pascal consumer variants. The reference variants will feature 2 Display Port, 1 HDMI and a single DVI display output. The custom models are said to start shipping in June so AIBs will have a great chance to showcase their new products at Computex 2016. 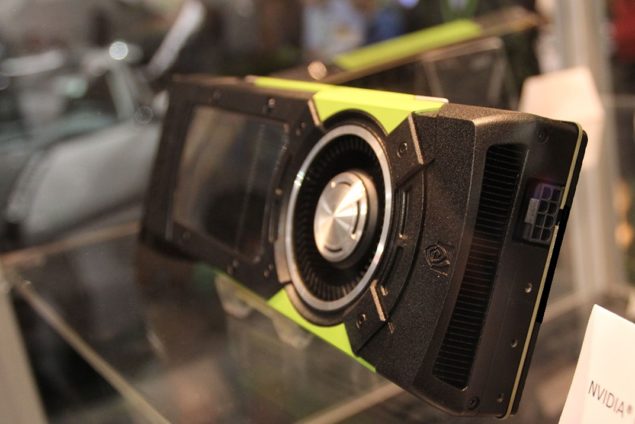 Image of a Quadro M6000 With Full GM200 Core, Power is Supplied through single 8-Pin connector!

Finally, we are expected to see a single 8-Pin power connector on the GP104 cards which will be a good approach from the dual 6-Pin configuration required on current graphics boards. A single 8-Pin connector can suck 150W of power while a single 6-Pin connector sucks 75W of power which is the same as the PCI-Express slot. Pascal is known to deliver more than 2x the performance per watt of Maxwell. Maxwell itself was NVIDIA's bet on power efficiency and it turned out really well for the company, Pascal is further going to take NVIDIA's lead in the efficiency department which has been their strongest suit since Kepler GPU in 2012. NVIDIA is also expected to launch their mobility Pascal GPUs in mid of June.

What we know so far about Nvidia’s flagship Pascal GP100 GPU :

In other news, Digitimes had reported that reports from Taiwan based Economic Daily news reveals that TSMC will double their 16nm chip production in the current month. The report mentions that the output capacity of TSMC’s 16nm plants (Currently at 40,000 chips for February 2016) will reach 80,000 wafers, double the amount currently being produced. It should be noted that customers like NVIDIA and Apple will be building their chips upon the new 16nm FinFET nodes from TSMC.

Rumors alleged that the recent Taiwan earthquake had badly affected the manufacturing capacity of TSMC's 16nm process node however doubling of the capacity by TSMC shows that their plants remain unaffected and production is going smoothly and at a very fast pace to fill in orders from NVIDIA and Apple for their next gen products. 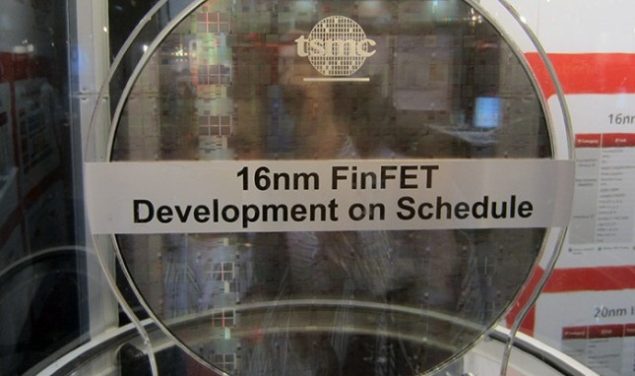 Good times are ahead as more powerful and energy efficient graphics cards enter the market. Pascal is said to be a game changer for NVIDIA as it will further strengthen their roots in the HPC and Server markets while offering great new gaming products in the GeForce lineup which is the most popular platform among PC gamers. While the GeForce GTX 1080 and GeForce GTX 1070 are said to launch in late Q2 2016, the GP100 consumer variants will be arriving when a steady supply is available for both consumer and professional markets. Gamers will have the next best support with NVIDIA for VR/AR and 4K gaming experiences which are going to stir up the gaming market this year.