At GTC 2014, NVIDIA unveiled their most high-performance graphics card, the GeForce GTX Titan Z powered with the GK110 core architecture. During the announcement, NVIDIA didn't confirm the launch schedule for their upcoming Goliath but GDM.OR.JP has revealed that NVIDIA's next dual-chip performance card is set for launch on 29th April. 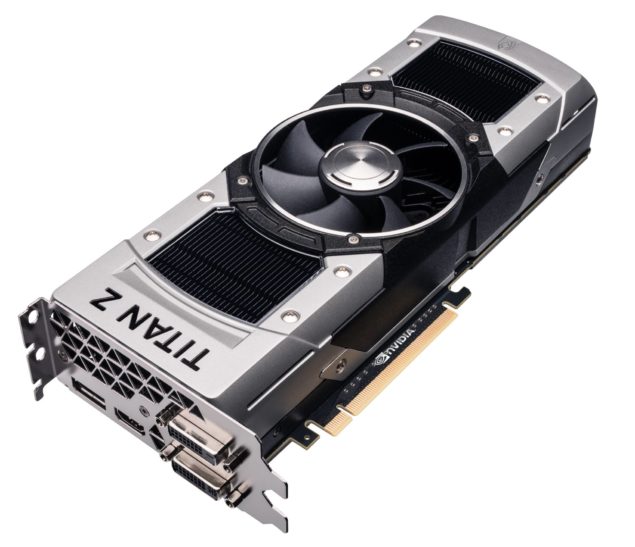 The design of the GeForce GTX Titan Z is beefier compared to the GeForce GTX 690. The design is similar but the card takes up three slots to provide optimal thermals with the Dual GK110 cores in action. The card will feature dual black colored Vapor chambers placed on top of each GK110 core while a large cooler fan will push air from the internal assembly, cooling the components and letting the heat out of the front exhaust. The display outputs include Dual-DVI, HDMI and a Display Port. The card has a single SLI gold finger to enable two of these cards to function as multiple GPUs. The card is fed through dual 8-Pin connectors which represent a TDP of 375W.