NVIDIA has just announced GeForce GTX TItan Z which is their most high performance graphics card ever built on the GK110 core. The GeForce GTX Titan Z is a a pure beast featuring NVIDIA's flagship GK110 core architecture and a massive core count backed by 12 GB GDDR5 VRAM. 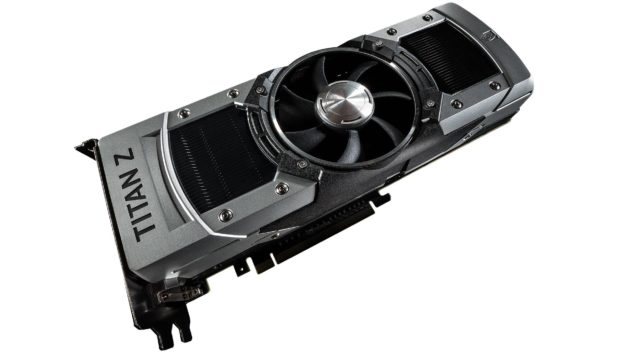 The NVIDIA GeForce GTX Titan Z is an engineering beauty powering the next iteration of enthusiast and high performance gaming PCs. The GeForce GTX Titan Z isn't specifically aimed at gamers and is also available for developers and content creators who can now use the power of dual GK110 cores to develop rich content.

The GeForce GTX Titan Z is expected to launch in  Mid - 2014 and will cost a massive $2999 US which way higher that the previous Dual-Chip entries from NVIDIA. Clock frequencies are not know but we will be looking at moderate frequencies since NVIDIA will tone down the power consumption around the 350W barrier since they have put a high emphasis on their graphics cards quality in terms of temperatures, acoustics, design and performance.

The design of the GeForce GTX Titan Z is beefier compared to the GeForce GTX 690. The design is similar but the card takes up three slots to provide optimal thermals with the Dual GK110 cores in action. The card will feature dual black colored Vapor chambers placed on top of each GK110 core while a large cooler fan will push air from the internal assembly, cooling the components and letting the heat out of the front exhaust. The display outputs include Dual-DVI, HDMI and a Display Port. The card has a single SLI gold finger to enable two of these cards to function as multiple GPUs. The card is fed through dual 8-Pin connectors which represent a TDP of 375W.

“If you’re in desperate need of a supercomputer  that you need to fit under your desk, we have just the card for you,” Jen-Hsun said.

Unlike traditional dual-GPU cards, Titan Z’s twin GPUs are tuned to run at the same clock speed, and with dynamic power balancing. So neither GPU creates a performance bottleneck. NVIDIA 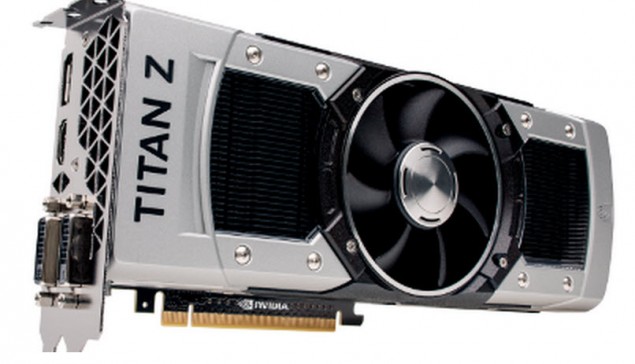