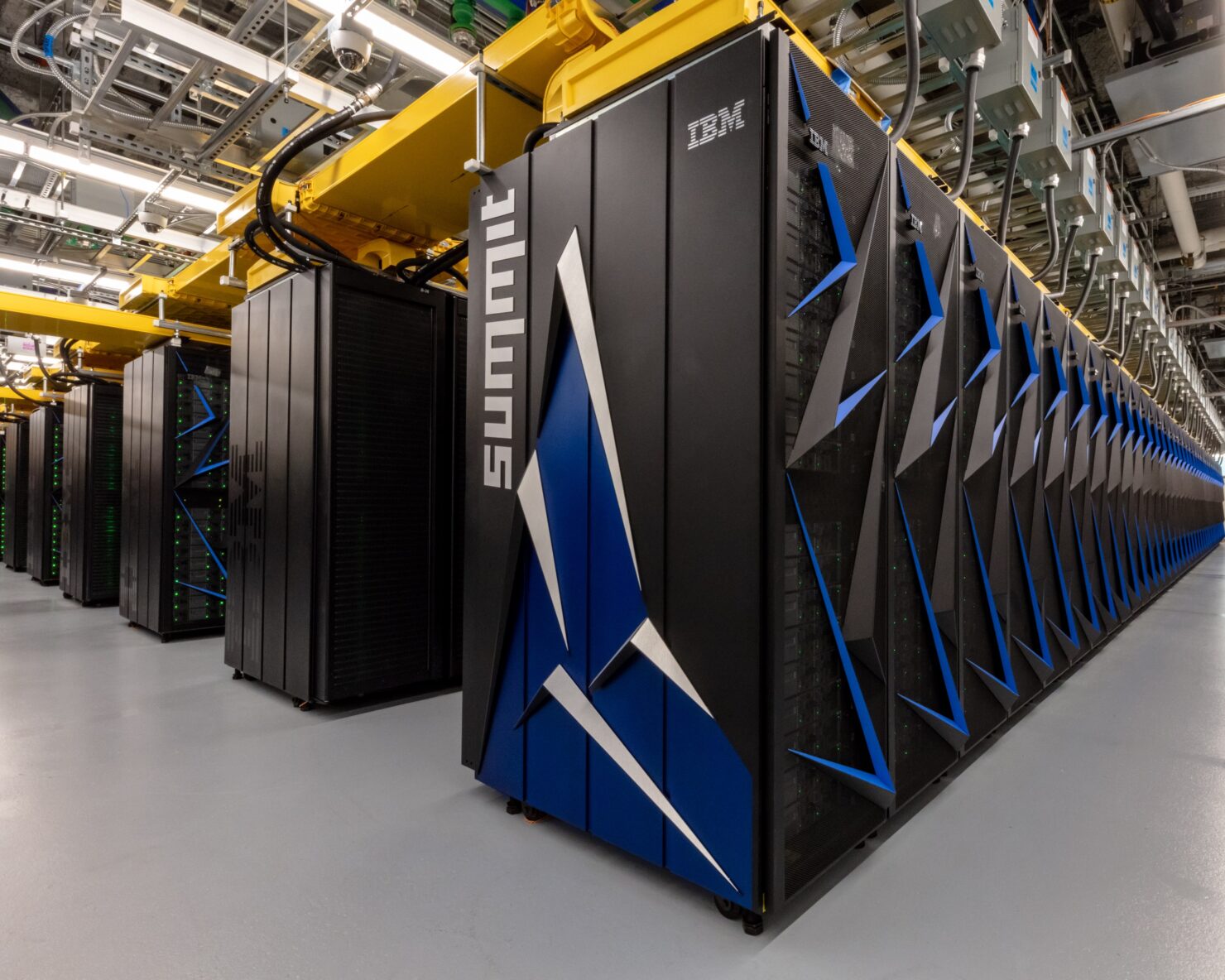 The Oak Ridge National Laboratory's Summit supercomputer has been a long time in the making. A juggernaut of a machine which took years to complete and the last NVIDIA Volta GPUs made their way to the machine just a little while ago. With the last batch of GPUs delivered, the Summit super-computer is now completely operational and can now pull all of its power towards the purpose it was built for, and that purpose is research into finding a cure for cancer, helping doctors identifying patterns of disease and addiction and accelerate fusion energy development. These are some of the main goals behind creating the Summit supercomputer. While the machine has a purpose, the technology that was used in building Summit is also fascinating.

This speed will let today’s generation of scientists accomplish wonders. The Oak Ridge National Laboratory is already a playground for cutting-edge science, and its campus is a hub for scientists eager to harness its machines to do their best work.

That’s why Summit already has a full schedule, accelerating projects including:

“Summit is fast, but what Summit means is even more remarkable,” NVIDIA CEO Jensen Huang said at Summit’s debut Friday (read his full speech here). “Summit is a magnificent scientific instrument that will attract the world’s great scientists.”

“Summit is a new breed of computer,” Huang said. “Summit is the world’s largest AI supercomputer, a machine that learns. Its software will write software — amazing software that no human can write.”

“To my friends and colleagues at Oak Ridge National Labs, a huge congratulation for reaching this Summit,” Huang said. “From here, we can all jump to the next peak.” via NVIDIA 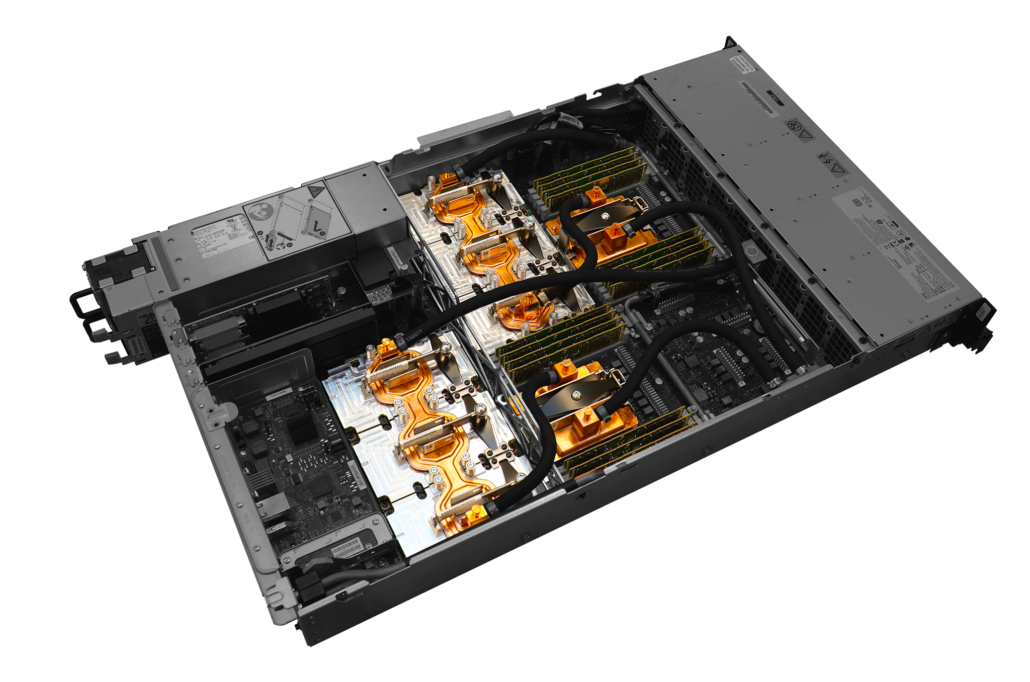 The system also has a 250 Petabyte storage system that can transfer up to 25 GB/s of data and a total of 10 Petabyte of system memory that is a combination HBM2 (16 GB per Tesla V100), DDR4 DIMMs and NVDIMMs. The Summit supercomputer sips in 13 MW of power compared to 9 MW on the Titan.

Looking at the performance metrics, the Summit is a millennium ahead of Titan. First of all, 95% of the Summit's total horsepower is driven by the powerful Tesla V100 GPUs. It's able to calculate up to 3.3 Exaops or 3 Billion Billion AI calculations per second with the Volta Tensor core architecture. It is also 100 times faster than the Titan. It is also able to do 200 PetaFLOPs (215 PFLOPs to be exact) of double precision and over 400 PetaFlops (430 PFlops to be exact) of single precision / high precision compute. 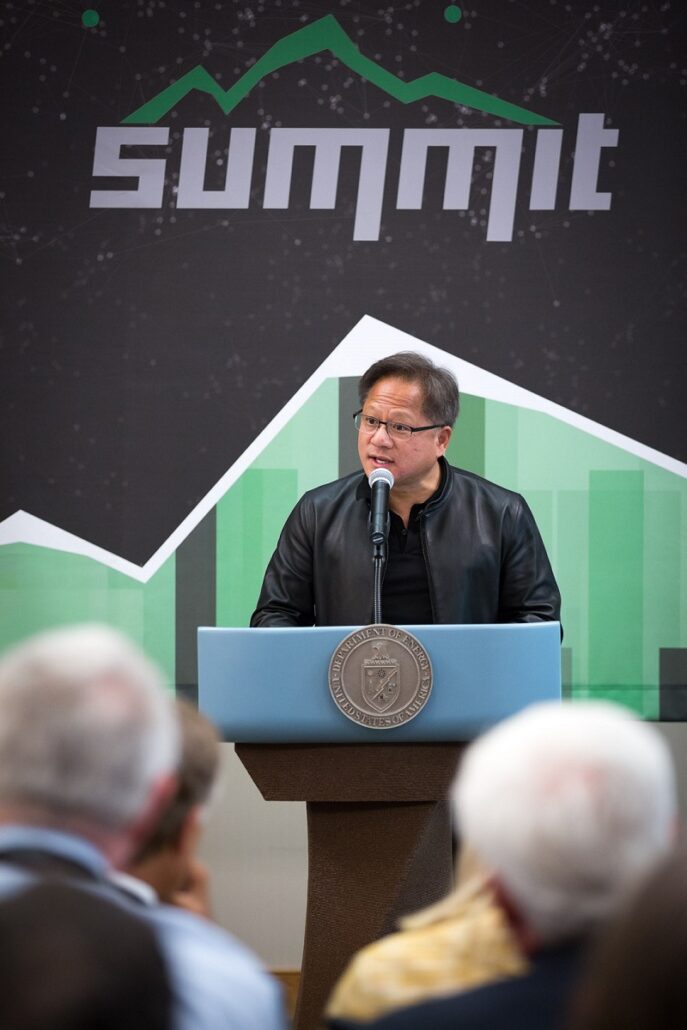 Those exaflops are not just theoretical either. According to ORNL director Thomas Zacharia, even before the machine was fully built, researchers had run a comparative genomics code at 1.88 exaflops using the Tensor Core capability of the GPUs. The application was rummaging through genomes looking for patterns indicative of certain conditions. “This is the first time anyone has broken the exascale barrier,” noted Zacharia. via TOP500

The NVIDIA powered Summit is an impeccable machine that is doing good for humanity itself. It's the first machine to break the exascale barrier and is the benchmark for next machines to come.