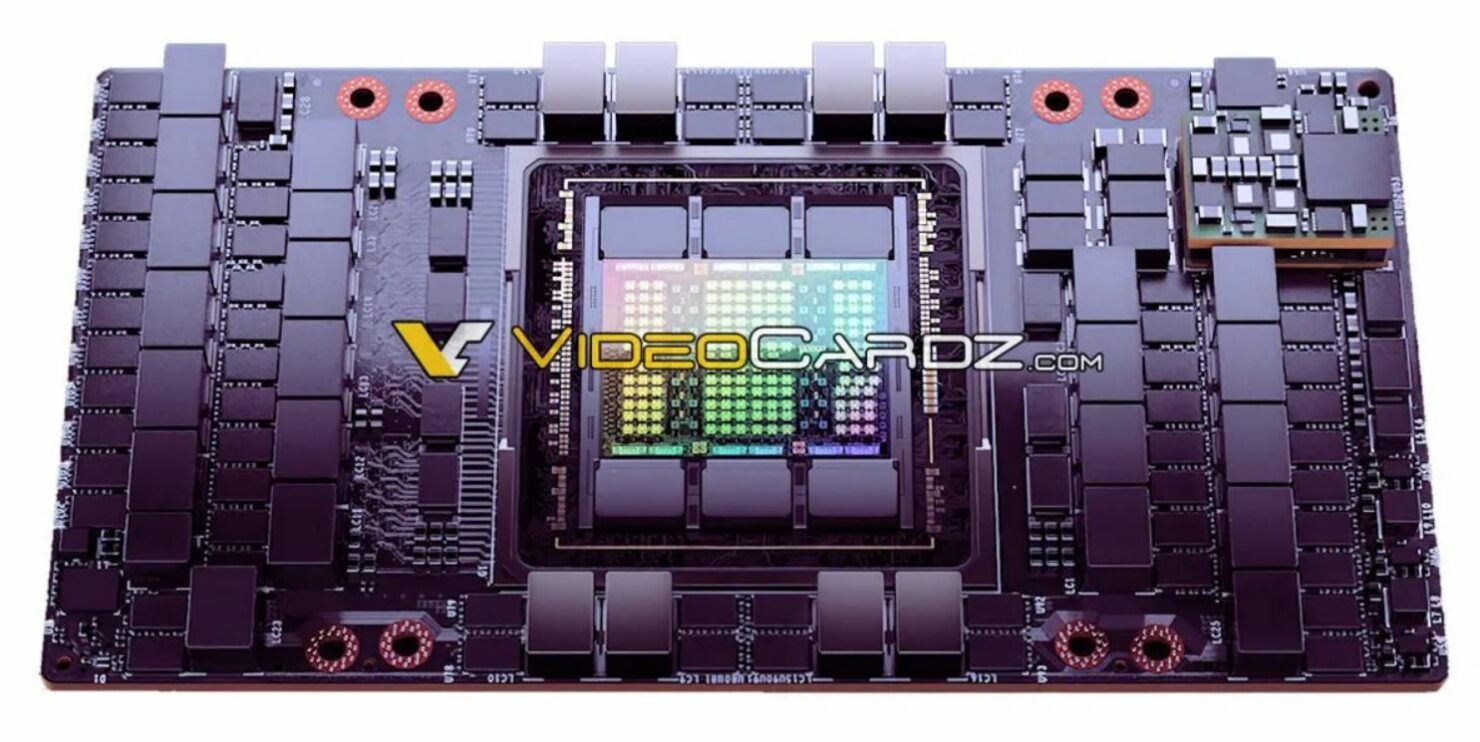 Videocardz has done it again. Right on the eve of the NVIDIA GTC event, they have leaked the picture of NVIDIA's upcoming Hopper H100 GPU in all its glory. We can see a huge monolithic die (laying to rest any remaining speculation that NVIDIA was going for an MCM approach) and can count 144 individual streaming multiprocessors (SMs).

Six stacks of HBM memory are also visible (which is actually a visually similar configuration seen in the Intel competitor chip HL Gaudi 2) although depending on the exact type of HBM used, it could have wildly different specifications. At a bare minimum, we are looking at 48 GBs of vRAM although all the way up to 96 GB and more is possible with HBM3.

NVIDIA will also be rolling out its standard server-based products, here is a quick summary:

NVIDIA will be rolling out a number of products based on GH100 GPU, such an SXM based H100 card for DGX mainboard, a DGX H100 station and even a DGX H100 SuperPod. More importantly, NVIDIA is also announcing PCIe-based H100 model at the same time. 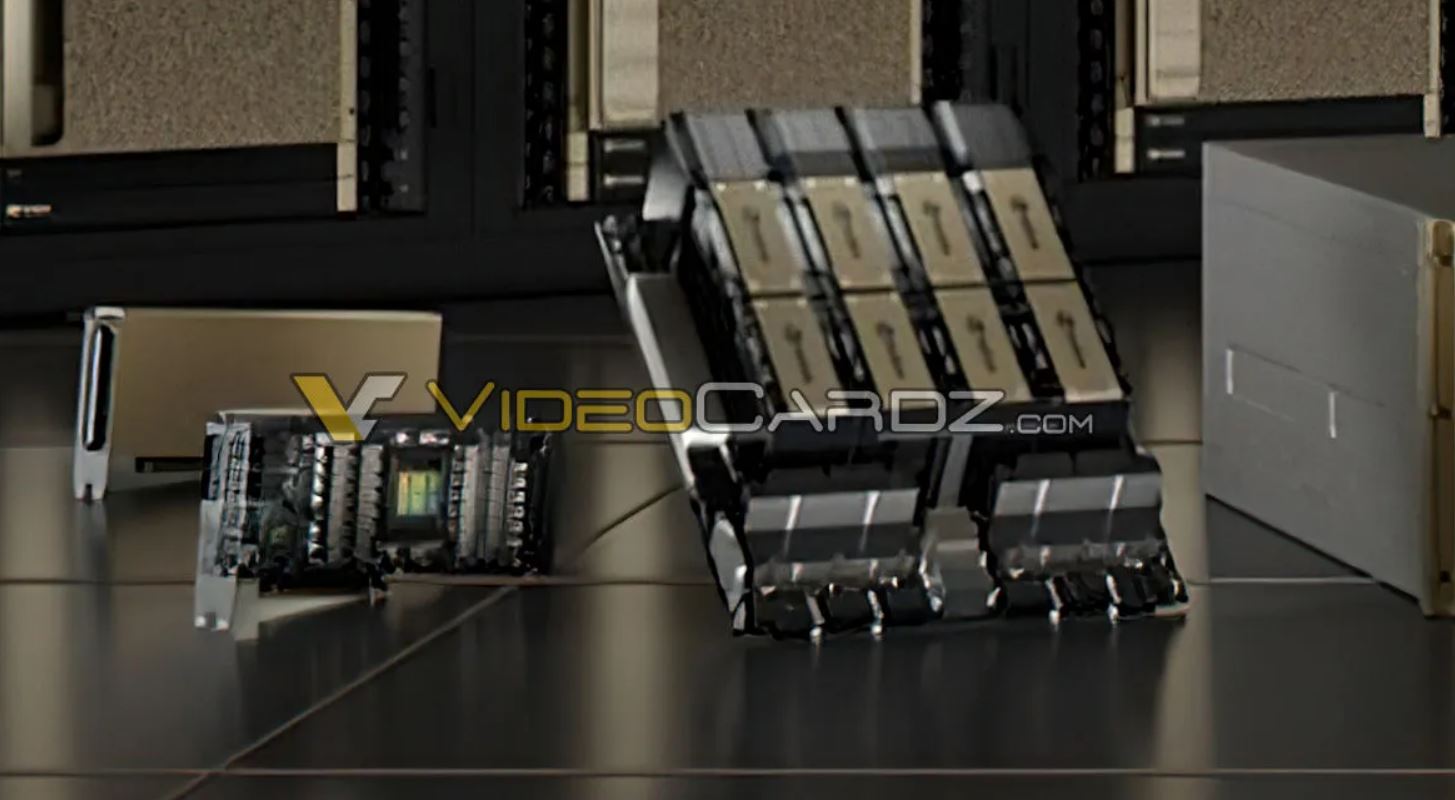 [caution: this paragraph is highly speculative] If the SM to CUDA core ratio is the same as Turing (and that is a big if), there are exactly 64 CUDA cores per SMs for a grand total of 9126 CUDA cores. Assuming a nominal frequency of 2.2 GHz, this is at least 40 TFLOPs of double-precision performance.

The amount of VRMs present on the PCB also indicate that the card is going to have one heck of a power draw and I would not count out a TDP between 400-500 watts for the higher end variants considering the leaks about Ada Lovelace (which is a parallel architecture focused on gaming). In any case, this thing is an absolute beast and we shall see it announced by NVIDIA CEO Jensen Huang - the man in the black leather jacket - tomorrow. [/speculation]