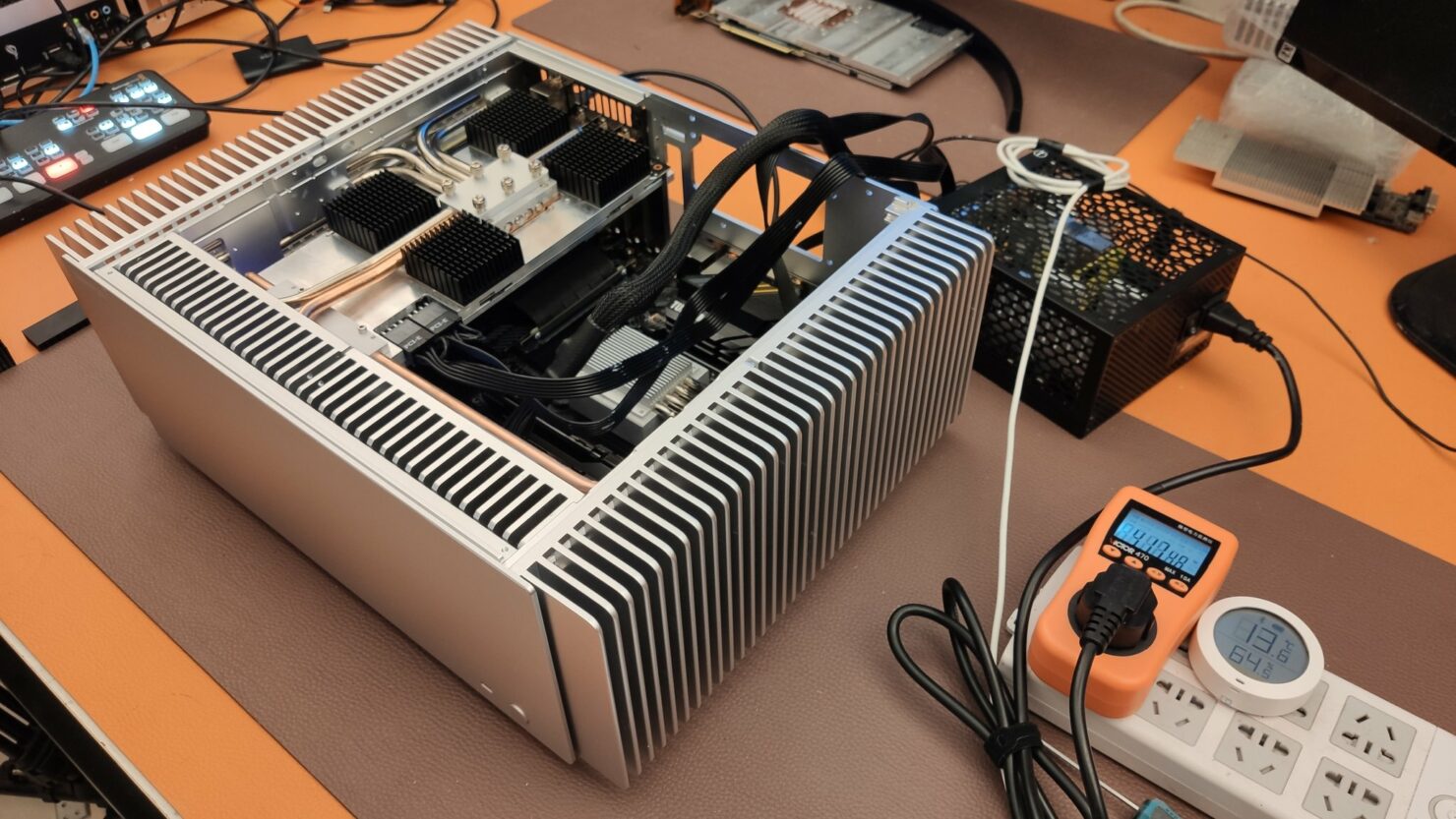 Prior to the NVIDIA GeForce RTX 3080 demonstration, Turemetal showed its UP10 fanless case running an AMD EPYC CPU running alongside a GeForce RTX 2070 graphics card. Even with no active cooling, the chassis was able to maintain decent temperatures for both the CPU & GPU.

In its latest test, an NVIDIA GeForce RTX 3080 custom graphics card (ASUS TUF Gaming) was used which features a TDP of 320 Watts. The chassis comes with a riser board to which the graphics card is connected. The chassis includes a large aluminum block with four heatsinks that are equipped on top of the PCB. The GPU core itself is connected to a massive copper block with several heat pipes running through. The whole heat load is dissipated within the chassis which by itself is a massive heatsink. 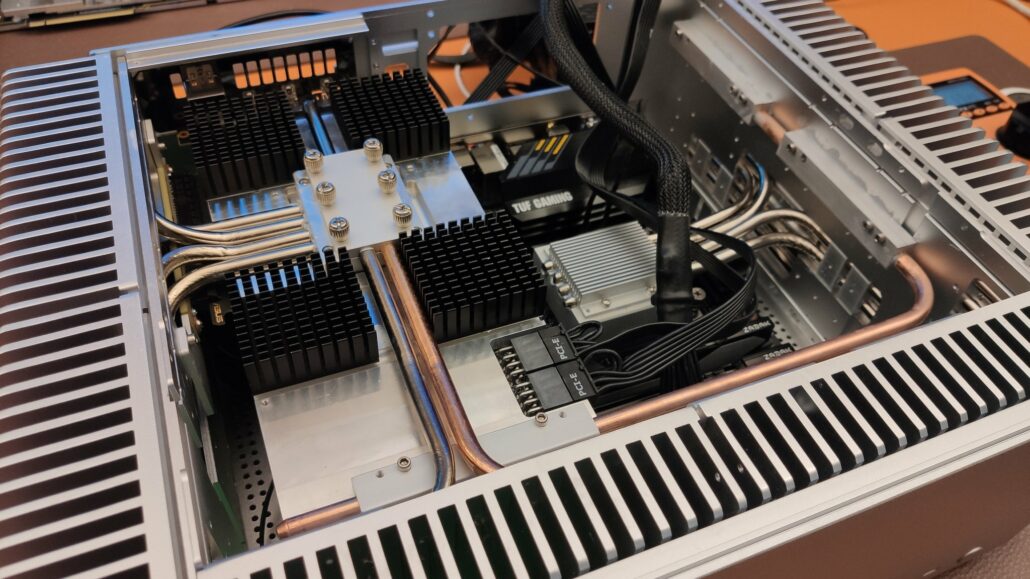 Running alongside the NVIDIA GeForce RTX 3080 was an AMD Ryzen 5 5600X CPU which has a TDP of 65W and was left running at stock. As per Tom's Hardware, Mical keeps the setup in a very chilly room with ambient temperatures of 13.6C. These temperatures are perfect for any PC setup and can do wonders when running a passively cooled setup. As for the test itself, the whole system was stress-tested within Furmark which pushed the card to a max TDP of around 350W. The whole PC power draw was reported at 410 Watts.

As for the temperatures, the NVIDIA GeForce RTX 3080 passive cooled graphics card hit its max temps of 87C. Temperatures for other components on the PCB such as VRMs and VRAM are not reported but they could be even higher. The setup was run under these conditions for around 5 minutes and was stable during the whole time. This shows the engineering prowess of Turemetal's UP10 fanless PC chassis. Surely, passive cooled PCs are a very niche market but if you want, you can get it for $770 US.