When it was announced, the GeForce RTX 3060 was slated to launch in February but NVIDIA never revealed exactly when in February. Now we know that the exact launch date for the RTX 3060 is set for the 25th of February at 6 AM Pacific Time. The graphics card will be available from global retail outlets at a starting price of $329.99 US but as always, the price is just MSRP and actual pricing will differ based on the custom designs and also be largely dependent on the availability of the cards.

Aside from the launch date, the NVIDIA GeForce RTX 3060 custom models have already landed in the hands of their first customer. Reddit user, he_never_sleeps, posted pictures of the Gigabyte GeForce RTX 3060 Eagle OC 12 GB graphics card in the EtherMining subreddit.

The user is based in Europe and the reason he got his hands on the card so early on was primarily because the shop had run out of stock for the RTX 3060 Ti graphics card and only had the non-Ti variants in stock which they recently received. According to the user, the card has a memory bandwidth of 360.00 GB/s out of the box and a TDP of 170W. It's expected to deliver a mining hash rate of around 50 MH/s.

As for the card itself, it is a standard dual-slot and dual-fan design that is powered by a single 8-pin connector. The card features an extended cooler and backplate with a large cut-out at the back to dump hot air out of. 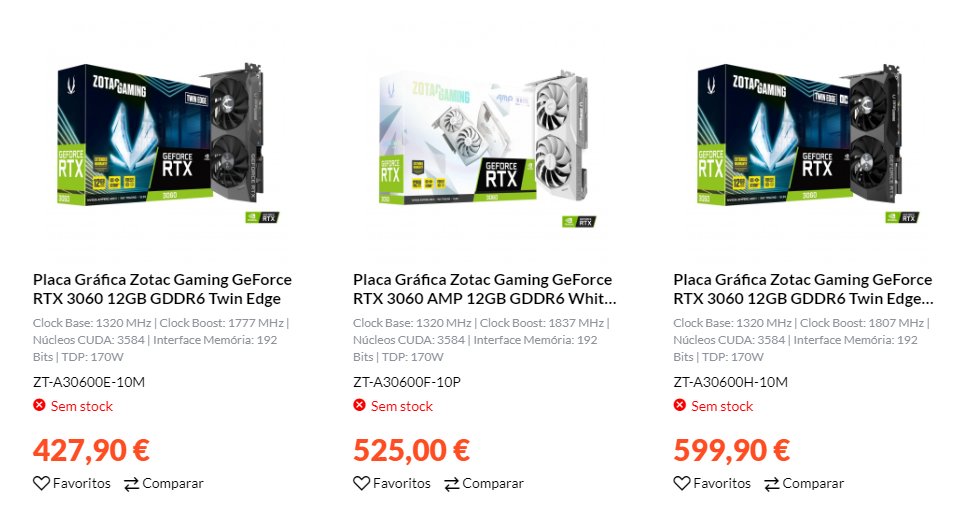 Additionally, retailers have started listing down custom NVIDIA GeForce RTX 3060 graphics cards with preliminary pre-order prices. The most affordable variant, the ZOTAC Gaming GeForce RTX 3060 Twin Edge, is listed for a price of 428 Euros while the top variant is listed for 600 Euros. The prices are severely inflated but that is to be expected till the official launch of these cards & while we don't expect them to be near the MSRP's, they will be better than the ones mentioned above.