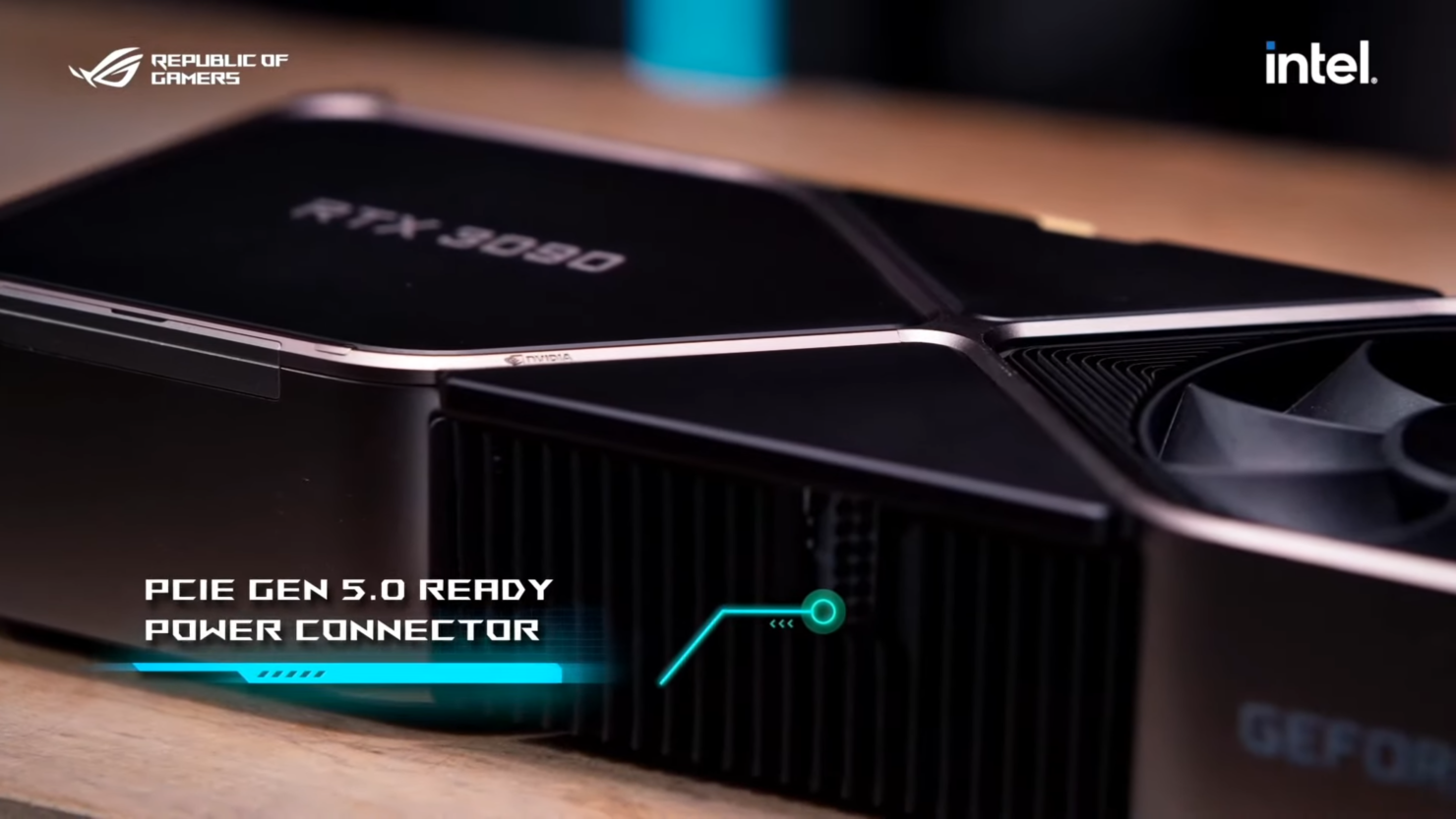 The PCIe Gen 5 standard is coming with the launch of next-gen graphics cards but it is also fully compatible with existing cards from NVIDIA. In fact, manufacturers of power supplies, such as ASUS, are introducing fresh products furnished with the new next-gen connectors and NVIDIA's GeForce RTX 30 Founders Edition lineup looks to be ready.

ASUS revealed its new Thor & Loki PSU series last month which are prepared to be compatible with PCIe Gen5 connections. The new ASUS ROG Thor 1000W Platinum II PSU is equipped with a 12-pin cable that can produce 600W, making it the first power supply unit to offer this power connector.

Andreas Schilling from HardwareLuxx notes that the next-gen connector is compatible with NVIDIA RTX 30 Founders Edition 12-pin cable. The 12-pin cable, also called the “Molex MicroFit 3.0 dual row (12 circuits),” is equal in design and provides identical power wattage. It would stand to believe that  NVIDIA enforced the next-gen connector over a year before the new standard was available.

ASUS revealed the company's newest power supply line with an interesting moniker named "Loki." The Loki power supply units will offer a full execution of the PCIe Gen5 connection technology — a 4-pin set in addition to the current 12 pins. Igor’sLAB notes that the four extra pins are added to help the system perceive the power required for the graphics processor through signal carriers. The utilization of the connector is called “12VHPWR High Power Connector (H+)”.

The MicroFit 16-pin cable, a new cable with a connection that has not seen any utilization on the market, has no compatibility options with current and unreleased graphics cards at this time. VideoCardz notes that naming the "12+4-pin" connector can be confusing to people calling the connection a "16-pin connector." the website feels that the naming of the 12+4-pin cable is also considered the 16-pin.

The NVIDIA GeForce RTX 30 Founders Edition is compatible with the PCIe 5.0 power connector due to the card not needing to utilize more than the required 450W. The company placed a limit on the card through the S3 signal, or SENSE0, stopping the card from accessing the full 600W by internally grounding the card. If it was not grounded, the power could access the full 600W and possibly damage the card itself.

S1, or "CARD_PWR_STABLE," and S2, also known as "CAR_CBL_PRES," guarantee the connections from the graphics card are correct and that the amount of power produced is appropriately arranged. S4 is the only signal that has yet to be defined by the current PCI-SIG specifications. The other signals — S1, S2, and S4 — are regulated for separate functions.

PCIe 5.0 connectors are warranted 9A (12V), offering a fully current power of 648W, 48W over the official specifications described. Users could speculate that future cards will utilize a single connector in the current triple 12-pin design. It is unknown if the upcoming AMD RDNA3 or NVIDIA Lovelace graphic cards will require stronger power units or continue the PCIe 5.0 capability.

There is word that the new NVIDIA RTX 3090 Ti will be the first card from the company to equip with the PCIe 5.0 connection. EVGA teased their new Kingpin graphics card that does not offer the standard 8-pin connector configuration.