Editor's Note - The article covers the official specifications of the GeForce GTX Titan X. Any new information that is expected to come regarding the GM200 core architecture will be updated and covered in this article. The GTC 2015 event begins in 1 hour and the live stream is available at http://www.ustream.tv/channel/gpu-technology-conference-2015.

NVIDIA has officially launched their high-performance GeForce GTX Titan X graphics card which features the GM200 graphics processing unit. The GM200 GPU which is featured inside the Titan X the fastest chip ever produced by NVIDIA, pumping out performance equivalent to two flagship GK110 cores from the past Kepler generation and delivering much higher efficiency with the enhanced Maxwell core architecture. 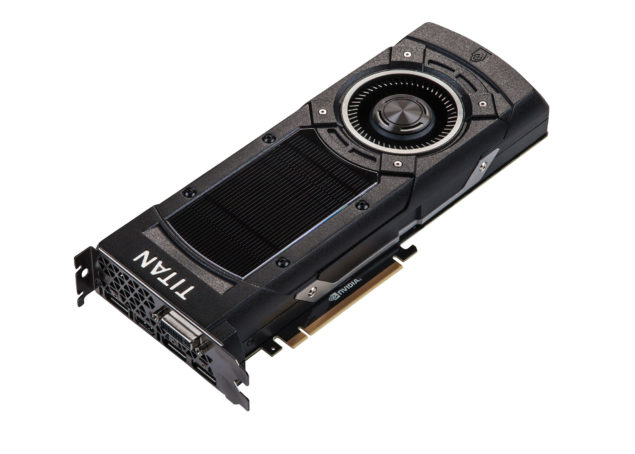 The specifications of the GeForce GTX Titan X are a beast with the die featuring an astounding 3072 CUDA cores which is equivalent to the GeForce GTX 690 that featured dual-GK104 cores. Maxwell however leverages per core performance over Kepler by 1.5x hence delivering higher graphical capabilities. The GM200 core on the GTX Titan X comes with 6 Graphics Processing Clusters, each of which consist of four SMM (Streaming Multiprocessors Units) which have 128 cores in each SMM block. The GM200-400-A1 chip which is the fully enabled version of the core has all 24 SMM Units enabled which result in 3072 CUDA Cores, 192 Texture Mapping Units and 96 Raster operation units. Compared to the 2 MB L2 cache on GeForce GTX 980, the Titan X features 3 MB of L2 cache and has 6 64-bit memory controllers which result in a 384-bit memory interface. The core clocks are maintained at 1002 MHz default and 1089 MHz boost clock, leaving room ahead for overclocks.

Talking about the memory itself, the Titan X has an abundant 12 GB GDDR5 VRAM clocked at the standard speed of 7 GHz (1753 MHz QDR). The card pumps out 336.0 GB/s bandwidth and is enough in the most visually demanding scenarios. The card features a 250W TDP and the overall power consumption is lower than the 780 Ti and Titan Black but a few Watts higher than the GeForce GTX 980. Power is fed through an 8+6 Pin connector configuration and display outputs include the reference Maxwell configuration of DVI, HDMI and three display ports. The GeForce GTX Titan X will be available for retail at a price of $999 US which is the standard cost of Titan series graphics cards. 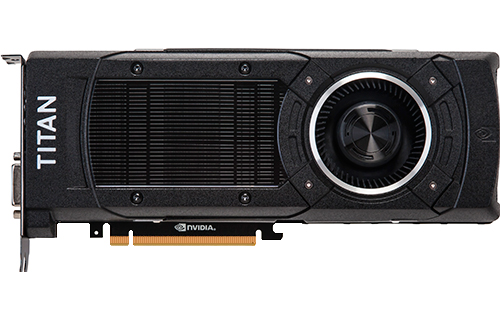 The latest design comes in an all black cooler shroud which makes use of an alloy metal and metallic support brackets to keep the card in place in all sorts of environments. The "TITAN" logo is etched to the card as a label of significance to the Titan series which were launched in February 2013 to be the meet the demand of the most performance/visually demanding gaming titles and applications. The blower cooler throws air towards a large aluminum fin array heatsink block which acts as a vapor chamber to dissipate heat from the massive die of the GM200 core off to the base and into the several fins. An additional heatsink is featured at the back of the card which serves to provide additional cooling performance to the electric circuitry on the back.

Note - Reviews will be added once the card goes live after the GTC keynote at 9:00 AM (Pacific Time).

This section of the article will cover the performance figures of the GeForce GTX Titan X and since the card is still a few hours away from launch, we will currently post what we know and what's been leaked over the past few hours. As expected, the GeForce GTX Titan X is the fastest single chip graphics card made to date and has performance on par with a GeForce GTX Titan Z and just a few FPS behind the Radeon R9 295X2 both of which are dual-chip cards. NVIDIA has actually managed to cram enough power inside a single beefy 28nm chip that outputs just about twice the performance of the previous generation flagship cores with a TDP limit of 250W. The card can be overclocked to 1400-1500 MHz with ease and some early performance figures from a review posted by PCEVA shows what we have seen so far: 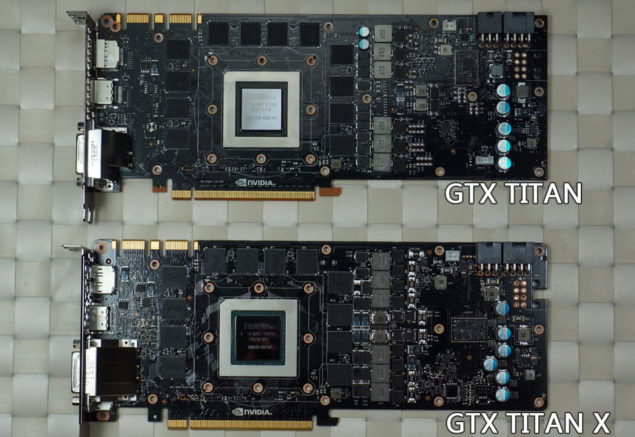 The GeForce GTX Titan X makes use of a similar PCB design to the GeForce GTX Titan Black however has some modifications. It comes with a 8 Phase VRM layout backed by 6 MOSFETs. The OnSemi NCP4206 voltage chip controller has been relocated and most of the electrical circutry has been rearranged. These are small changes at most and the overall looks of the card will remain the same from the insides. The outside of the cards are a where the bulk of the changes have occurred with a better I/O bracket that is featured across the entire 900 series Maxwell lineup featuring a DVI, HDMI and three Display ports connectivity. The card still features 24 VRAM chips as indicated before (12 on front and 12 on back) which allow 12 GB of GDDR5 memory along a 384-bit interface. Two SLI connectors aren’t going anywhere since NVIDIA still considers SLI interface being good for multi-GPU scaling and will only ditch it once NVLINK becomes their latest standard for cross-link connectivity with Pascal cards. 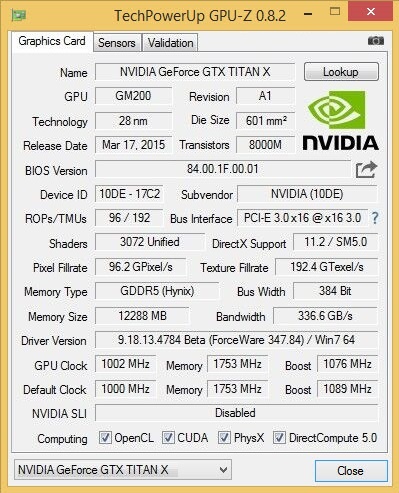 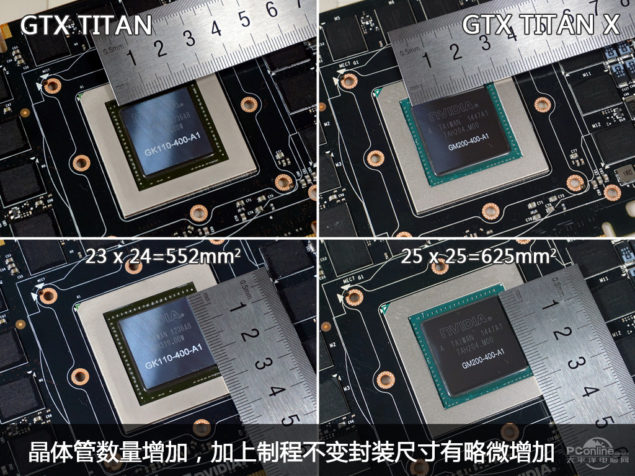