SLI Benchmarks of NVIDIA's upcoming GeForce GTX 660 Ti GPU have been exposed thanks to PCEVA. The GTX 660Ti would be NVIDIA's next Mid-Range offering which would be priced at $299 offering competitive performance against the AMD's HD 7800/7900 series cards. 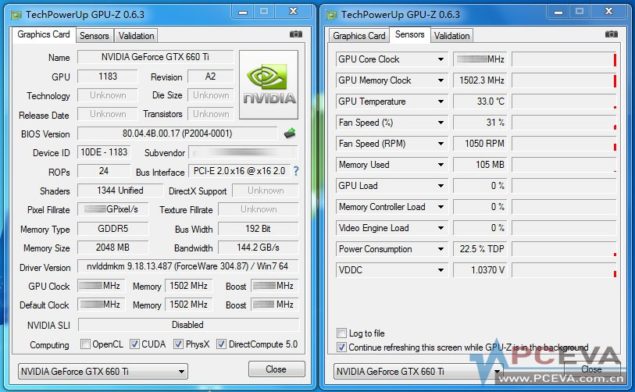 The tester managed to overclock and test 2 of the same GPU's in 3DMarks 11 (2-Way SLI). Results are following:

Note - The card used is a factory overclocked model by an unknown vendor, Clock frequencies were not shown, only the scores were shown.

Note #2 - The 3GB memory being shown is an error in GPUz, both cards have 2GB memory.

Following are SLI benchmark results of the same GPU's running at their default factory clocked settings:

GTX 660Ti officially launches on 16th August for $299 and plus for factory overclocked models.