Even more images of the new cooler shroud for the upcoming Pascal based NVIDIA GeForce GTX 1080 and GTX 1070 graphics cards have been leaked by Videocardz. This time, we get to see a clear look at the shroud while it was under production at a manufacturing company. NVIDIA Pascal GPUs for consumer products are being mass produced currently and will be available in June.

Images of a dissected cooler shroud that will be featured on Pascal GPUs (Credits: Videocardz)

The cooler for the latest NVIDIA GeForce Pascal cards has been teased many times. We first reported about the cooler several weeks back. At that time, we came to saw two shrouds, one for the GeForce GTX 1080 and other for the GeForce GTX 1070. We were skeptical back then that these could be easily faked but the emergence of more pictures of the same cooler shrouds from various sources leads me to believe that we are looking at a real product or an actual part of an upcoming product in the case of the cooler shroud.

It can be seen in the pictures that the GeForce GTX 1080 and GeForce GTX 1070 coolers will adopt a aggressive cooler design. The entire body is assembled with four separate parts, each built with magnesium alloy and built with the die-sinking method which focuses electrical discharges on the metal to shape a form. We also saw the CNC method being used earlier so it could be possible that multiple tech is being used to assemble the different parts.

Here's what seems to be the final version of the cooler shroud for the GeForce GTX 1080 graphics card.

The coolers have become more polygon looking and resemble the F117-A Nighthawk Stealth or a Lamborghini Aventador. In the latest pictures, we can clearly see that the NVIDIA logo is etched on to the body along with a GeForce GTX logo on the side which will be illuminated by LED in the final version of the card. The main shroud doesn't has the entire name listed.

Various components of the cooler shroud to be featured on Pascal Gaming cards.

The GTX 10*0 is missing since the shroud is being made for both 1080 cards and 1070. The final version of the shroud which was seen yesterday has a clear window on the front and comes with the same fan as the current NVTTM cooler.

We know from previous leaks that the GeForce Pascal GPUs are well under production and will be shipped next month with availability starting in June. It was reported that NVIDIA has three SKUs based on their GP104 GPUs but Videocardz mentions that there's also two Quadro variants that will be arriving bearing the SKU number of GP104-750 and GP104-725. The GP104 is a chip measuring around 300mm2 and features close to 8 billion total transistors. Just to put things in perspective, NVIDIA's current Titan X has 8 Billion transistors on a 601mm2 die. 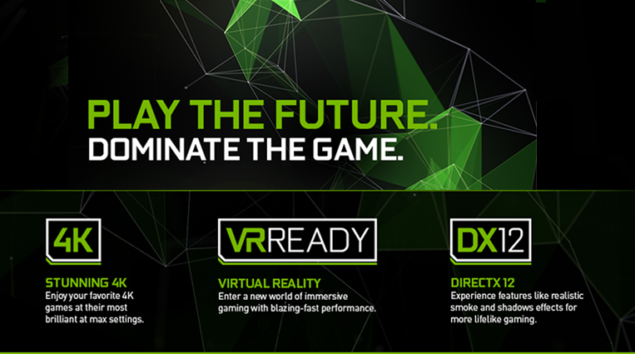 The NVIDIA GeForce Pascal cards feature up to 8 GB GDDR5 VRAM along a 256-bit bus interface. The high 8 GHz VRAM allows  a decent boost over the current 7 Gbps memory which GPU makers are currently using. The GPUs use the latest Samsung K4G80325FB-HC25 chips which use the 8 Gb DRAM and run at 8 Gbps speeds.

The most interesting features of NVIDIA GeForce Pascal cards will be unveiled later but we do know that they will perform great in DirectX 12, Vulkan and VR gaming applications including titles that feature asynchronous compute. 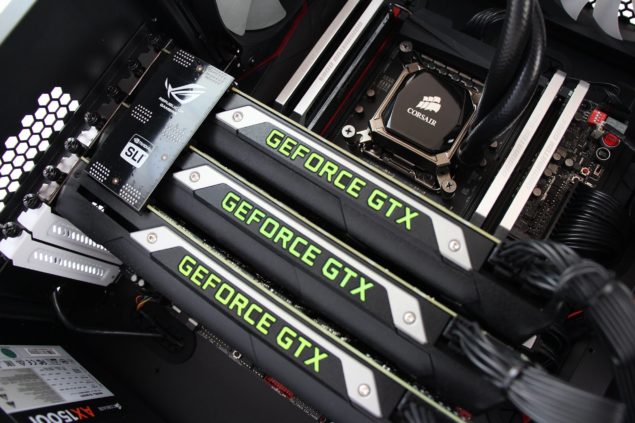 One of the key features of the 16nm FinFET node is that not only it increases the transistor density of next-gen chips, but it also achieves lower power consumption than 28nm process. The Tesla P100 graphics card using the GP100 chip is already boosting up to 1480 MHz. This indicates that the consumer versions based on the GP104 graphics card will be able to maintain higher clock speeds and provide even more room for overclockers to use.

The NVIDIA Pascal GP104 will be NVIDIA’s gaming grade processor for 2016, offering better performance than their GM200 and GM204 counterparts. Expect more information to be revealed soon as launch approaches in June.