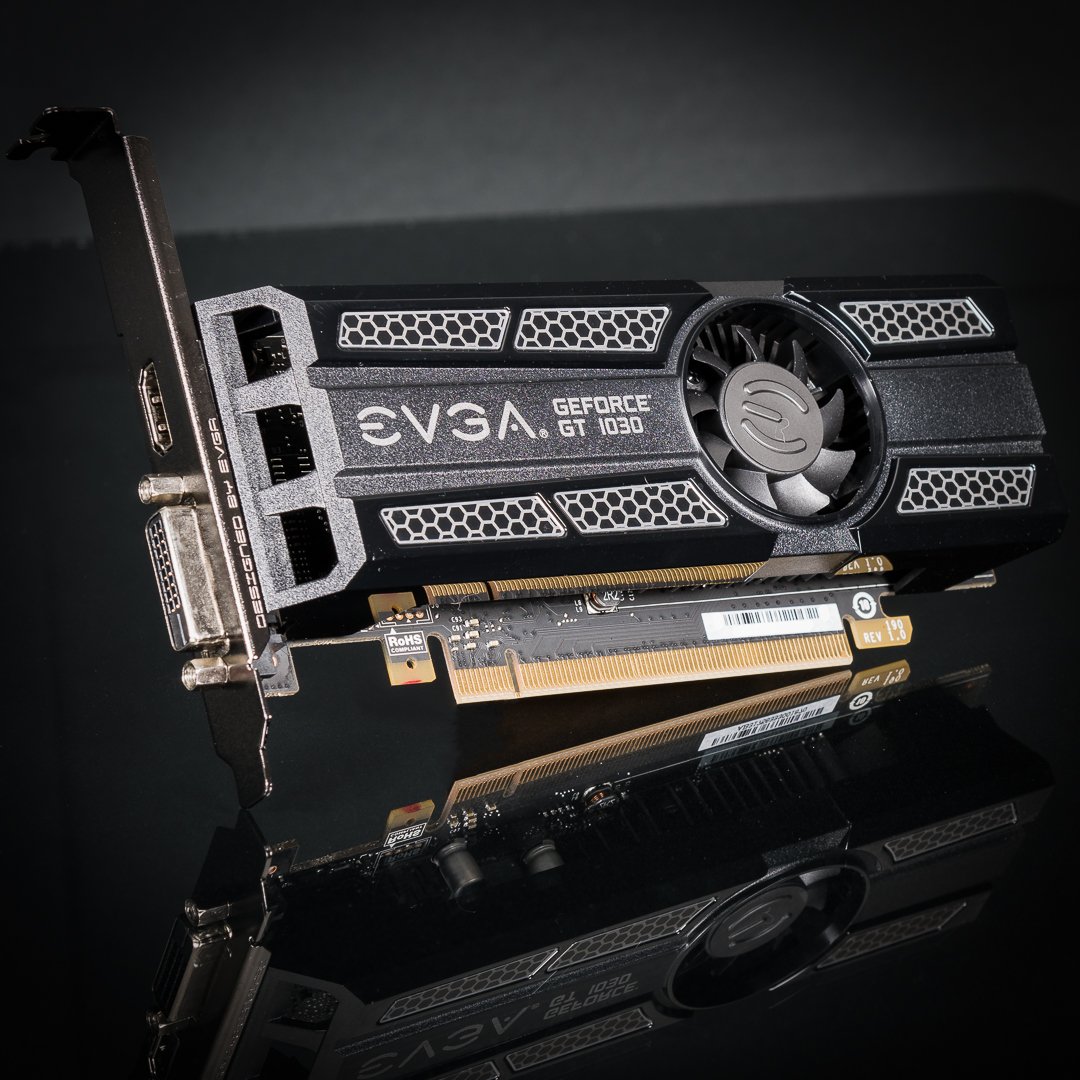 NVIDIA has officially launched their entry-level Pascal graphics card, the Pascal GP108 based GeForce GT 1030 at a target price of sub-$100 US. Aimed at HTPC setups and media boxes, the GeForce GT 1030 is based on the same Pascal architecture that is found on the high-end 1080 Ti and Titan Xp.

Based on the Pascal GP108 GPU, the GeForce GT 1030 is the next addition in the Pascal GeForce 10 family. It's nothing spectacular in terms of performance but for the low price, you get a good boost on your desktop PC over an integrated graphics processor. The graphics card costs just $70 and is a vast improvement over the GeForce GT 730 and an Intel HD graphics chipset which is its direct competitor as stated by NVIDIA in several slides. The card also comes in surprisingly distinct form factors, ranging from low profile, passive cooled, active cooled, half length models.

In terms of PCB, the card sports a 2 phase design that will be enough for this low-end card. In terms of display I/O, the card features a single DVI and HDMI 2.0b port. There's no power connector on the board since this card features a TDP of 30W. While this variant uses a PCIe 3.0 x8 link, some cards would be available with PCIe 3.0 x4 interface. There will be several cards clocking beyond 1500 MHz in terms of boost frequency such as EVGA's GeForce GT 1030 SC Passive Low profile edition.

The NVIDIA GeForce GT 1030 is going to utilize the new GP108 GPU that is based on the Pascal architecture. It may be based on the same 16nm FinFET process that is utilized by other Pascal architecture based GPUs. It’s a low-end solution and will act as a GT 930 / GT 730 successor. The pricing of the card i set at $70 US which puts it in the same league as the Radeon RX 550.

The GP108 GPU features a total of 384 CUDA cores, 32 TMUs and 16 ROPs. The chip is clocked at 1227 MHz base and 1468 MHz boost. The card also comes with 2 GB of GDDR5 VRAM clocked at 3000 MHz against a 64 bit bus interface. It is surprising that not only does the GT 1030 have a TDP of 30W but it maintains the mentioned clock speeds under heavy loads even when using passive cooled designs.

NVIDIA will use 6 Gbps chips on their GeForce GT 1030 graphics card, leading to a memory bandwidth of 48 GB/s given that the 64-bit bus for memory is true. The card will require no additional power connector and the TDP will be rated at 30W. For comparison, the Radeon RX 550 ships with a TDP of 50W.