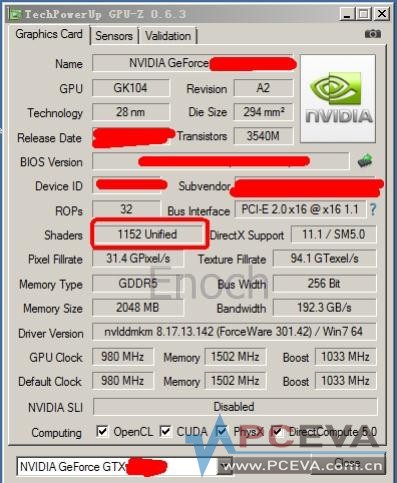 From the GPU-z shot which are currently said to be true from various sources, The GTX 660Ti would feature 1152 Cores, 256-bit 2GB Memory and is using the GK104 with 6 SMX units enabled. Core clock is maintained at 980MHz and Boost at 1033MHz while Memory is configured to run at 6GHz Effective resulting in 192.3 GB/s bandwidth. 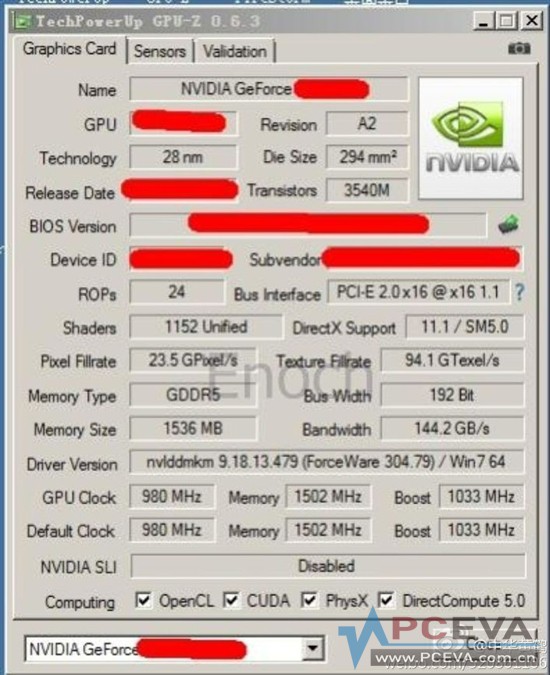 The second GPU-z shows what is alleged to be the Non-Ti GTX 660 which once again features 1152 Cores though it could be based on a different architecture since the user blacked out the GPU Core part however transistor count shows that it is the GK104 core.

Nevertheless, The non-Ti part has a 1.5GB memory running along a 192-bit interface which in turn reduces the bandwidth to 144.2GB/s. Core clocks remain the same as the Ti part and memory runs at 6GHz effective.