NVIDIA launched their GeForce 600 series Kepler graphic cards a year ago which brought impressive efficiency and performance compared to the Fermi architecture. A year after their launch, NVIDIA has started to phase   out three of the GeForce 600 series top dogs, GTX 680/ GTX 670/ GTX 660Ti.

Sweclockers reports that NVIDIA's GTX 680, GTX 670, GTX 660 Ti are disappearing from markets globally and the only reason behind this is that the cards have now reached the end of their life or been EOL'd. So if you see any of these cards in a store shelve near you, they are most probably the last one of their kind. The GeForce 600 series was recently been replaced by the GeForce 700 series cards. 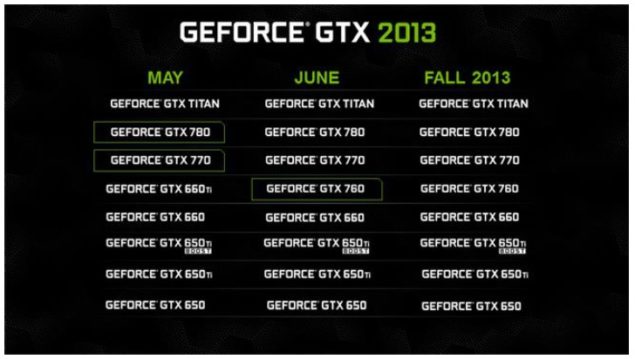 Till 2014, NVIDIA won't release any new GeForce 700 series SKUs and would wait to see what AMD has to offer with their Next generation of Volcanic Islands series GPUs. If they turn out to be good then we may see some cost effective GK110 cards in the future. For now, NVIDIA has EOL'd a great series of GPUs "GeForce 600 series", it is also reported by Sweclockers that the GeForce GTX 690 could also be on its way to reach EOL soon but NVIDIA hasn't passed the notice yet.