NVIDIA is the industry leader when it comes to professional and consumer graphics but over the past few years, the graphic giants has been working on other projects such as their own cloud gaming ecosystem known as the NVIDIA GRID, the recently announced Tegra Note and their handheld android powered gaming console aka NVIDIA Shield. 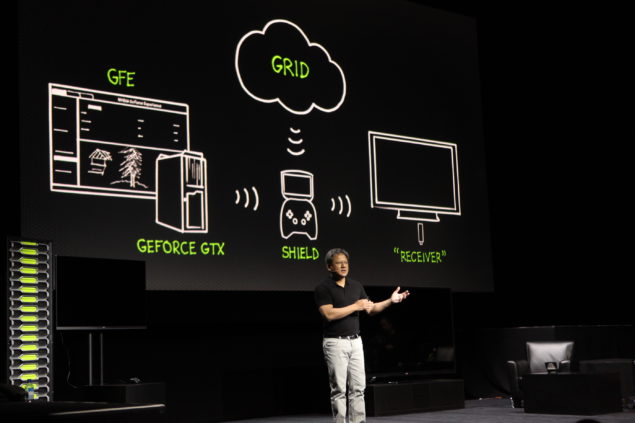 NVIDIA Could Be Developing Super Secret Hardware Planned For Gamers

A recent tweet by Mark Rein (Co-Founder of Epic Games) confirms that NVIDIA has much more planned for gamers in hardware projects and those hardware are not related to consumer GPUs.

Earlier this week I saw the most amazing thing made by @NVIDIA - no, it's not a GPU, but gamers will love it.

Earlier this week I saw the most amazing thing made by @NVIDIA - no, it's not a GPU, but gamers will love it.

While we have no idea except guesses as to what this super secret project from NVIDIA could be, the guys over at Brigthsideofnews confirmed through NVIDIA that the project is definitely related to NVIDIA hardware built only for gamers. This is interesting since it comes only a few days before AMD launches their next generation graphics card codenamed Volcanic Islands with the flagship part being known as Hawaii. Surprising thing is that the launch of AMD's new cards is also taking place in Hawaii where according to a report by TweakTown, the company has planned to bring aboard an entire cruiser to celebrate the announcement, well it sure sounds great but NVIDIA's super secret project is equally interesting considering it amazed the Co-Founder of Epic Games.

A few hours back, Valve launched a teaser webpage with something to do with the living room and expanding it in 2014. Valve has three teaser announcements and the earliest one would be revealed next Monday. It has been revealed by Valve's owner Gabe Newell at LinuxCon that they are working on their own hardware which would be based around the Linux OS. Its just a guess but there's a possibility that NVIDIA may be behind the hardware empowering Valve's new gaming device, console, steam box or whatever you might want to call it. Valve already introduced Big Picture last year so its easy to note that the software would be highly integrated into the new device by Valve.

But then again, we are not sure whether this is a hardware product related with a Valve/NVIDIA partnership or exclusively built by NVIDIA for the gaming community. Nevertheless, if its coming out soon than do keep visiting us for the latest information.