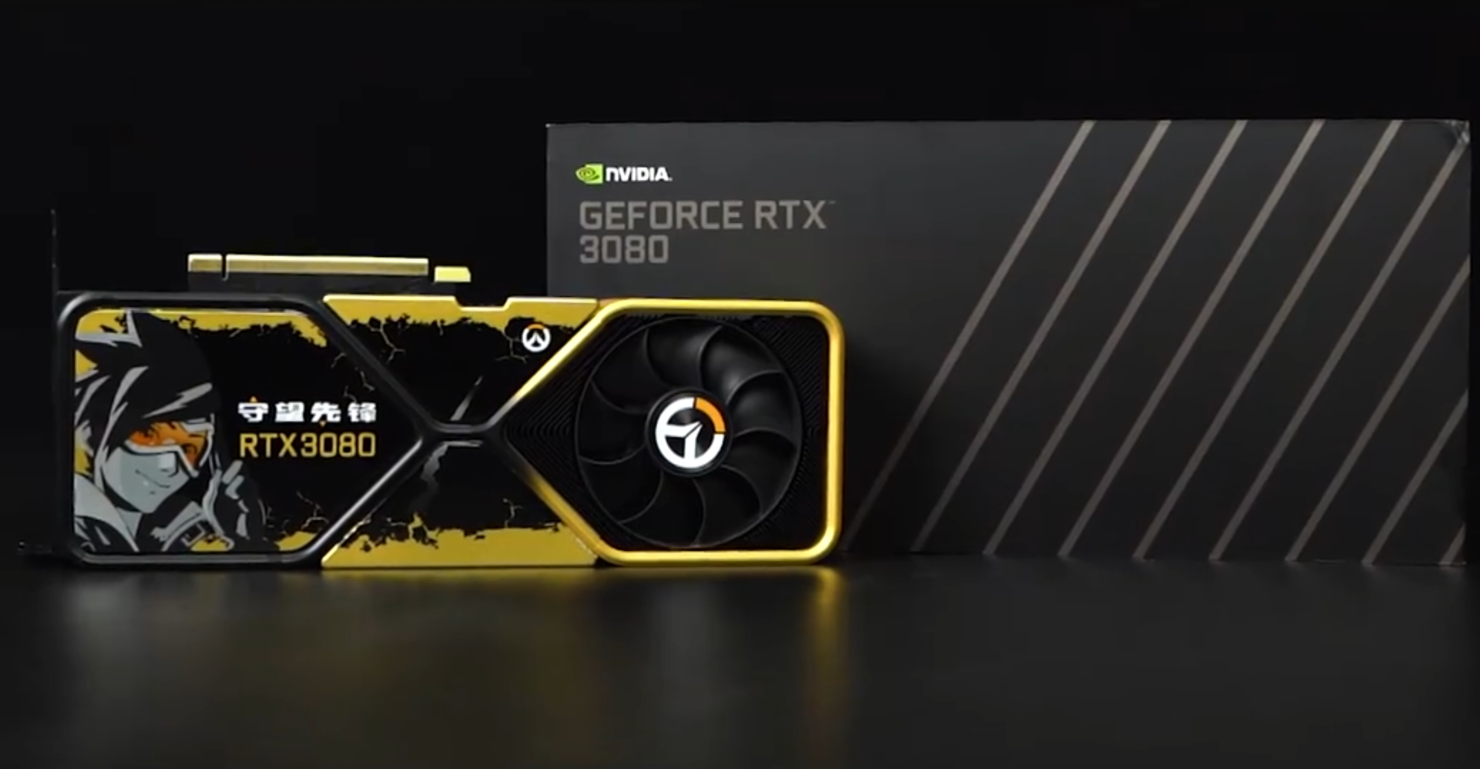 NVIDIA has custom-modded its flagship graphics card, the GeForce RTX 3080, in Overwatch theme. The custom design took a lot of hard work & was designed by NVIDIA Garage's in-house modders.

NVIDIA is known for creating in-house custom mods of its GeForce graphics cards. We remember the iconic GeForce RTX 2080 Ti Cyberpunk 2077 edition graphics card or the RTX 3080 Cyberpunk 2077 edition. Now NVIDIA has designed a GeForce RTX 3080 which is based around the Overwatch theme. The mod goes off to show the experience of the modders over at GeForce Garage. Also do note that taking apart a Founders Edition cooler voids the warranty of the graphics card but some things have to be sacrificed to achieve results like this specific mod.

The custom-modded GeForce RTX 3080 graphics card is based on the reference design but comes with the overwatch theme. The outer die-cast aluminum frame of the Founders Edition cooler has been painted in black and yellow colors. The top & bottom (push/pull) fans feature the Overwatch logo while the backplate has Tracer (in-game character) painted on it along with the RTX 3080 logo.