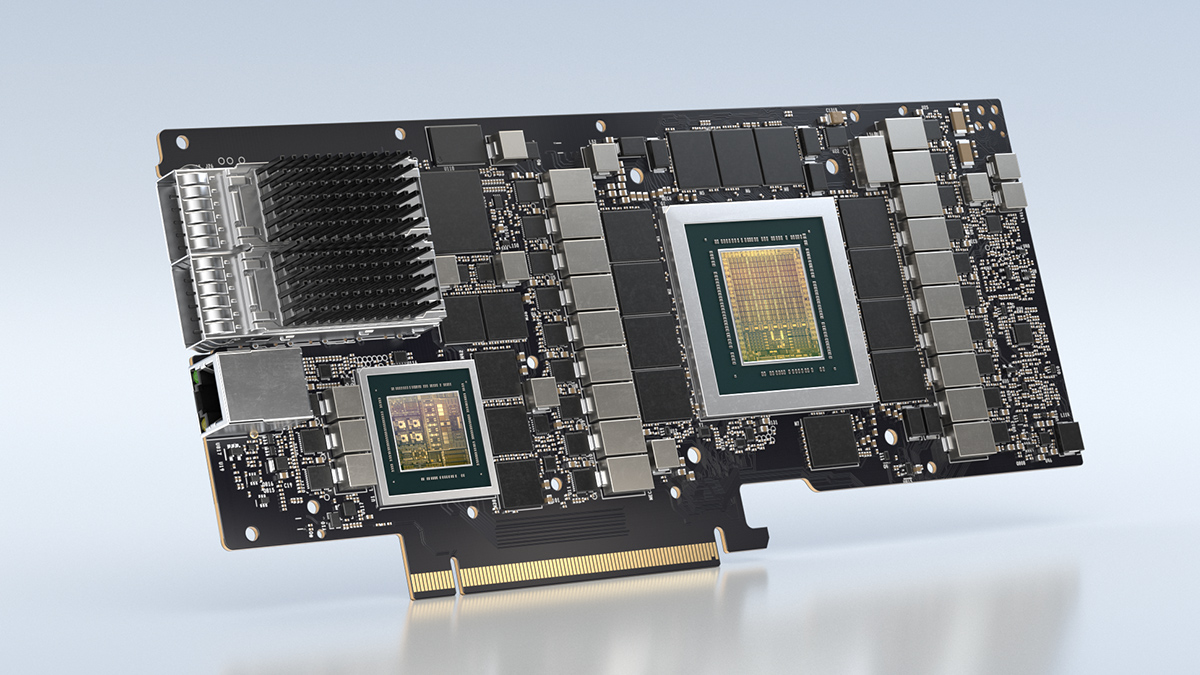 Chip designer NVIDIA Corporation's decision to acquire British design house Arm Ltd. made headlines earlier this year as it looks to become the largest acquisition in the chip sector. Through it, NVIDIA looks to expands its product reach to Arm's customers as it looks to expand its revenue base and more effectively target the growing artificial intelligence and data center segments.

As it announced the deal, NVIDIA stated that it had a $250 billion total addressable market (TAM) in mind by 2023. This term, for the uninitiated, refers to the total size of the markets that companies target through their products - with actual revenues often being a percentage of the final value.

At this front, details revealed by Arm's parent Softbank show that the chip designer saw this value drop for its market in 2019 - and also projects that TAM for all of its products will decrease in 2029 over 2028.

The story of analyzing the sum-benefit of the Arm acquisition to NVIDIA in terms of revenue starts with the aforementioned. TAM. This, according to the GPU designer, will allow the new entity to target a range of computing markets, including consumer electronics, data centers and the Internet of Things (IoT).

While the mathematics of this figure and the percentage of the market that NVIDIA hopes to target are unclear - with the company's management being of little help here, it's possible to wager a deduced guess at the benefit Arm might end up providing the Santa Clara based company.

The British chip design house's roadshow slides released this year and last year provide a key part of solving this puzzle. However, at the same time, they also inject controversy in the entire affair as they insinuate that perhaps slowing growth in Arm's market compelled its management to expeditiously proceed with an acquisition.

Before we get to deducing our wager, an interesting point to note is that Arm's total market size dropped by roughly 8% from 2018 to 2019 - and along with it so did the company's future targets. While in its 2018 roadshow, the company projected a $250 billion market for 2028, this dropped by 7% next year for 2029's projected market size.

The British designer's data also lets us estimate the compound annual growth rate (CAGR) behind its assumptions for 2028 and 2029. These figures, proponents of the deal will be pleased to know, slightly grew in the recent slides - importantly, including two critical sectors (IoT and Data Center) that NVIDIA hopes to target through the deal.

The values for CAGR derived above are crucial as they provide the groundwork for taking Arm's market value at the end of 2019, extrapolating it to as far as 2024 and using NVIDIA's own TAM estimates provided as part of its rationale behind the acquisition to separate the net impact of the deal on the GPU designer's addressable market.

This is where the calculations get slightly subjective. For our analysis, we've assumed that the TAM contribution made by Arm by 2023 to NVIDIA will exclude the impact of the company's Networking segment. The rationale behind this is that the products that Arm has listed under Data Center/Cloud match the ones NVIDIA has used in its presentation slides.

TAM projections based on CAGR derived above let us segregate NVIDIA and Arm's respective contributions to the former's $250 billion estimate by projecting Arm's 2019 markets. The red highlight has no impact on the calculations in this table. Ramish Zafar/Wccftech

NVIDIA Could Be Looking At $3.5 Billion Revenue Opportunity In 2022 Through The Deal

But before we get to that, projecting Arm's derived CAGR to determine the market available for the fiscal year starting in 2022 reveals a $161 billion market. Of the $138 billion total market available to the company in 2019, Arm targeted 34% or ~$47 billion of products. The company's revenue during this year was $1.8 billion, indicating that revenue%market share turned out to be 3.8%.

Using this figure to estimate what Arm might bring in in terms of revenue to NVIDIA in the latter's FY2023 isn't as straightforward as simply multiplying it with the derived market value for the year. The bulk of Arm's revenues come from royalties for products that have been shipped in previous years. Therefore, given that the chip shipments based on the company's designs stood at a historic high of 22.5 billion in 2019, it's natural to assume that revenue%market share will only grow in 2023.

While not doubling this figure, a value of 6% sits roughly in the middle of a 2x increase. Using this to estimate Arm's revenues for 2022 results in a $3.5 billion revenue estimate (assuming a 36% market penetration).

Summing all of the estimates derived above except for Networking and Other Chips for 2022 results in a market value of $138 billion available to Arm. Looking at the breakdown of this, it's clear that the net benefit to NVIDIA from the deal will be its ability to target larger consumer electronics, automotive, edge and internet of things (IoT) markets. For data centers, the bulk of contributions will still be made by the Santa Clara GPU designer, with the $57 billion contribution sitting above the center's $50 billion estimate provided by NVIDIA last year. NVIDIA's 2024 TAM (during the calendar year 2023) for data center, as revealed by its chief financial officer (CFO) Ms. Colette Kress during the GTC 2020 Fall Analyst Day is $100 billion.

The executive also partially explained the drivers of this growth during the event, and according to her, $20 billion of the $50 billion addition comes from Mellanox, $10 billion comes from NVIDIA's brand new BlueField DPU (data processing unit) and an additional $10 billion from Edge AI. This also gives us solace as it hints that our derived Datacenter TAM for 2023 isn't too far off from NVIDIA's updated target.

At this point, since BlueFiield is now part of this conversation, it's important to note that because of the DPU, NVIDIA and Arm's addressable markets will overlap. The BluField-2, expected to start crunching numbers next year, uses eight of Arm's Cortex A72 CPU cores. Therefore, the targetted market for both companies, a.k.a big data centers, is the same and this similarity is another reason our derived TAM estimate is overstated.

2023 will also be the year of BlueField-4 should NVIDIA's product roadmap materialize, with the new DPU providing a shocking 1329% SPECINT and 567% AI boost over this year's products.

NVIDIA, for its part, expects to earn roughly $4.8 billion in revenue this quarter, and if this materializes, then the chipmaker will have brought in $16.5 billion during its fiscal year 2021. Using this estimate and actual figures for 2016 - 2020 results in a CAGR of 22% for NVIDIA - a figure that then lets us extrapolate its revenue for the next three years.

Tweaking this growth estimate to include the impact of management's current decisions and assuming that they play out well in the market results in a $26 billion revenue estimate for 2022 (year ending in January 2023).

Operating Income for NVIDIA Corporation, historical figures and future estimates. Average margin of 30% used to derive estimates for 2022 and 2023, with a toned-down estimate of 27% used for 2024. Ramish Zafar/Wccftech

Naturally, since the estimates above are of two entities on their own, cost synergies resulting from the merger can push up operating income higher. However, NVIDIA's motive for acquisition isn't a purely financial one. Even if Arm were to double its operating margin, the benefit to NVIDIA's operating income wouldn't be sufficiently significant to justify the capital outflows that the company will have to make for bringing the former under its wing.

Judging from NVIDIA C.E.O. Jen-Hsun Huang's comments at the analyst day, it's clear that NVIDIA is looking to extend its presence in the Arm ecosystem. During the event, he praises Arm's power-efficient design, stating that this efficiency allows for a greater room when designing chips - an important fact given the end of Moore's law. An appreciation for Arm's flexible designs that let companies such as Qualcomm tinker with the designs to suit their needs also motivated Huang for the deal.

Readers are reminded to be aware that this piece does not constitute investment advice, the writer has no stake in any of the companies mentioned herein, he does not plan to acquire one either, and that all investment decisions should be made after conducting your own due diligence and consulting registered professionals.