NVIDIA: 80% Of Q2 Ampere Shipments Were To Gamers, Confident In Arm Deal Success 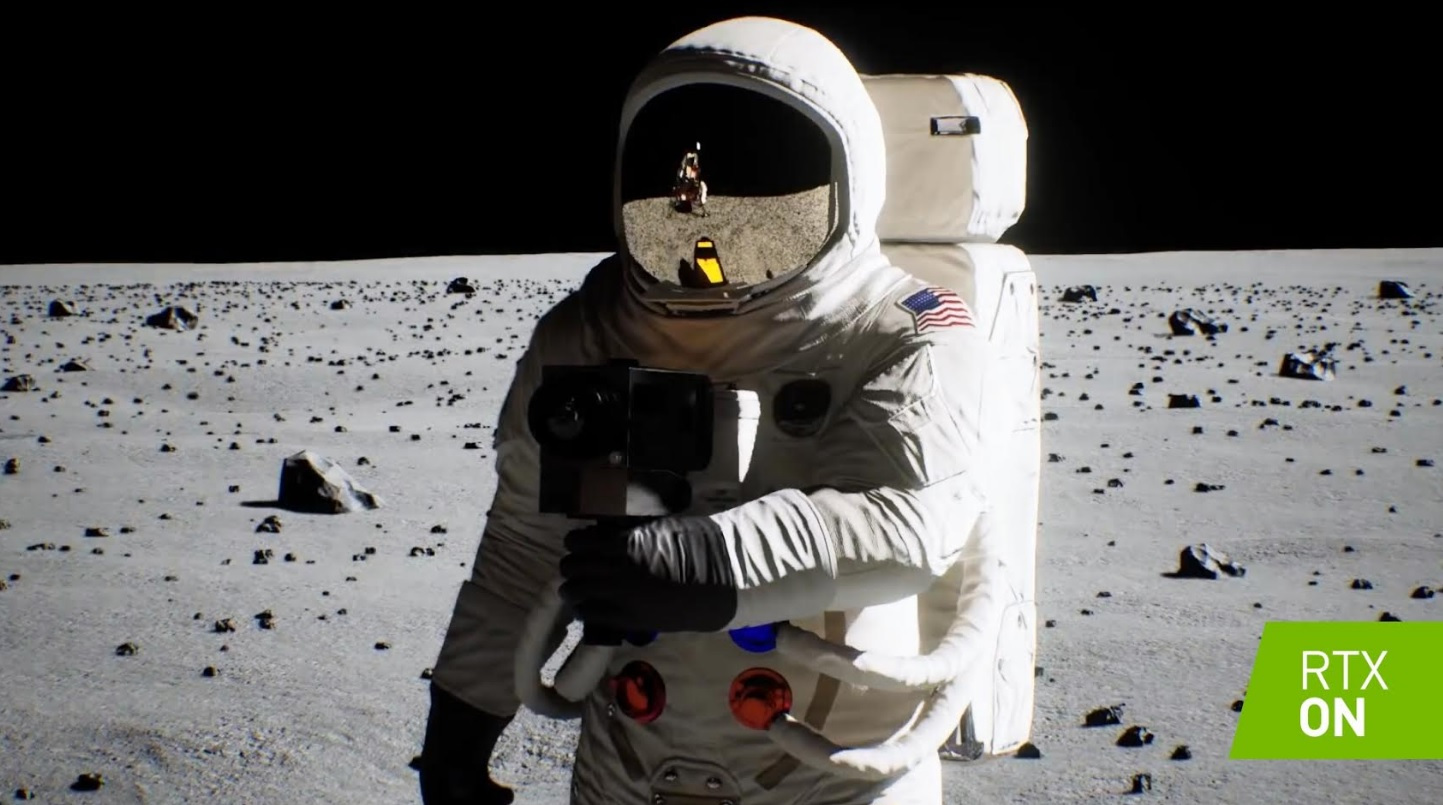 Chip designer NVIDIA Corporation posted its earnings results for the second quarter of the fiscal year 2022 today. The company reported $6.5 billion in revenue, slightly surpassing the upper-end of its guidance at the end of the previous quarter, where NVIDIA had estimated revenue to stand at $6.43 billion during the second quarter. Growth during Q2 was fuelled by NVIDIA's gaming and data center segments, with the pair growing 11% and 16% sequentially. The company's financial chief, Ms. Colette Kress, attributed the revenue growth in gaming to higher sales of her company's graphics cards and console processors and the growth in data center to NVIDIA's Ampere architecture achieving higher penetration into segments such as inference.

Besides posting $6.5 billion in revenue, NVIDIA's operating and net incomes grew significantly during the second quarter, especially when compared to the figures t the end of the previous fiscal year's second quarter. Back then, the company had earned $651 million in operating and $622 million in net income, respectively. In financial terminology, revenue is the amount a company earns before any costs are accounted for, operating income remains after direct and indirect costs are removed, and net income is post-tax and post-interest income.

At the end of Q2, NVIDIA posted a whopping $2.4 billion in operating income and $2.37 billion in net income, making for remarkable 275% and 282% growths in each of the sectors, respectively. This growth is more than double the 112% operating income and 109% net income growths exhibited by the company at the end of its first quarter and marks one of the strongest ever achieved by the company.

Healthy bottom-line metrics, such as the operating and net incomes, result in higher dividends and earnings per share for shareholders. The quarter's GAAP earnings per share stood at $0.94, which itself demonstrated a 276% annual growth. Growth for NVIDIA's non-GAAP EPS was significantly lower at 89%, despite being a higher dollar amount at $1.04 - with this principle also holding for both the operating and net incomes. 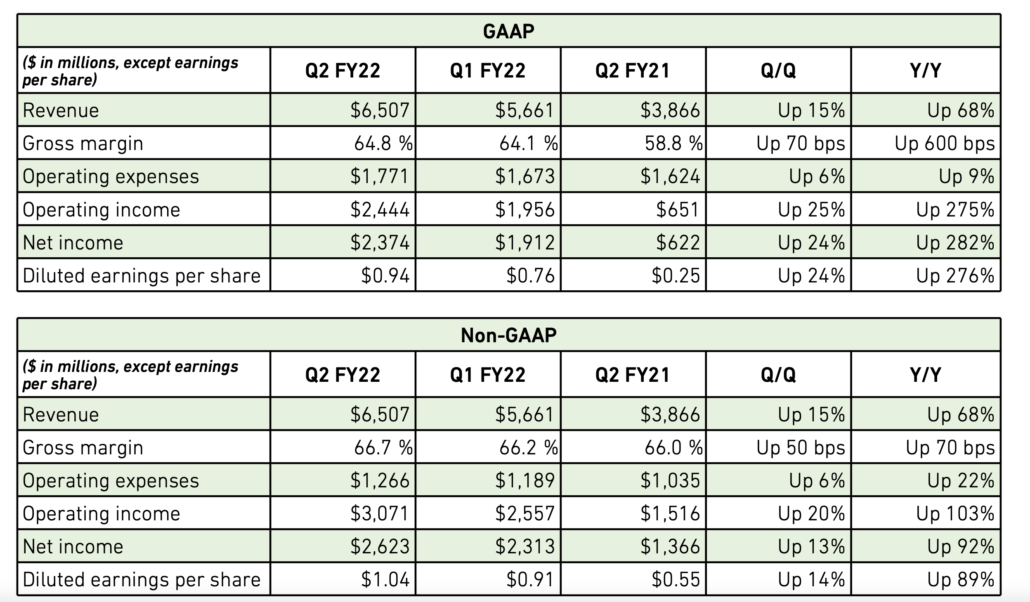 As per custom, NVIDIA's chief financial officer Mss Colette Kress also provided a brief explanation of her company's performance during the quarter. According to her, NVIDIA's gaming, data center and professional visualization segments all posted record revenues during the quarter. At the end of Q2, revenues from the three segments stood at $3, $2.4 and $0.5 billion, respectively.

More importantly, the bulk of NVIDIA's graphics processing unit (GPU) shipments utilizing the company's latest Ampere designs were made to gamers. The company has introduced Low Hash Rate (LHR) GPUs, which are unsuitable for mining in order to manage the demand for its products by both gamers and cryptocurrency miners. However, reports have been floating around that the mining limit on the LHR GPUs can be circumvented.

Specifically, while commenting on the gaming and data center performance, the CFO outlined:

Gaming revenue was up 85 percent from a year ago and up 11 percent sequentially, reflecting higher sales in GeForce GPUs and game-console SOCs. We continued to benefit from strong sales of our GeForce RTXTM 30 Series based on the NVIDIA Ampere architecture. We have introduced Low Hash Rate (LHR) GeForce GPUs with limited Ethereum mining capability and increased the supply of Cryptocurrency Mining Processors (CMP) in an effort to direct GeForce to gamers and CMP to miners. Over 80 percent of our Ampere architecture- based GeForce GPU shipments in the quarter were LHR GPUs[EMPHASIS ADDED]. CMP is included in OEM.

Data Center revenue was up 35 percent from a year ago and up 16 percent sequentially. The year-on-year growth was led by the ramp of NVIDIA Ampere architecture products into vertical industries and hyperscale customers, including strong growth in inference. Sequentially, growth stemmed from both compute and networking products, led by hyperscale customers.

NVIDIA's payables and receivables were also significantly higher during the previous quarter, reflecting the tight supply situation of the semiconductor industry. By Q3, the company was owed $3.59 billion for a 73% annual growth, it owed suppliers $4.79 billion for a 135% growth, and it had $2.1 billion in inventory.

We are working through the regulatory process for our pending acquisition of Arm Ltd. Although some Arm licensees have expressed concerns or objected to the transaction, and discussions with regulators are taking longer than initially thought, we are confident in the deal and that regulators should recognize the benefits of the acquisition to Arm, its licensees, and the industry.

At the end of the current quarter, NVIDIA expects to post $6.8 billion in revenue. The company's shares are slightly higher in aftermarket trading as they reverse the losses during the day.