Now Anyone Can Build Their Own “Tay” With Microsoft Bot Framework

Microsoft wants everyone to develop their own bots. The idea seems scary and the company knows it too, but it envisions a future that is not about "man versus machine," but "man with machines." Today at the Build 2016, Microsoft's chief Satya Nadella said that the bots are like applications that you converse with. Last week, the company had to pull down its Twitter chatbot Tay after Twitter users taught it to be racist and sexist in just a few days. But the company hasn't given up on the future of bot development, and stays put to its vision of developing technology that gets the best of the humanity.

We want to build technology so it gets the best of humanity, not the worst - Nadella.

Microsoft now intends to help people develop their bots to be more intelligent, and be better able to understand the language of the people they'd be interacting with. Nadella foresees a sci-fi future where communication will not only exist between people, but also people-to-bots and bots-to-bots. The future is going to be full of people who will be talking to these chatbots, the company said. Have to order a pizza? Or book a hotel room? Everything will move beyond the online ordering forms to conversational order-taking chatbots. 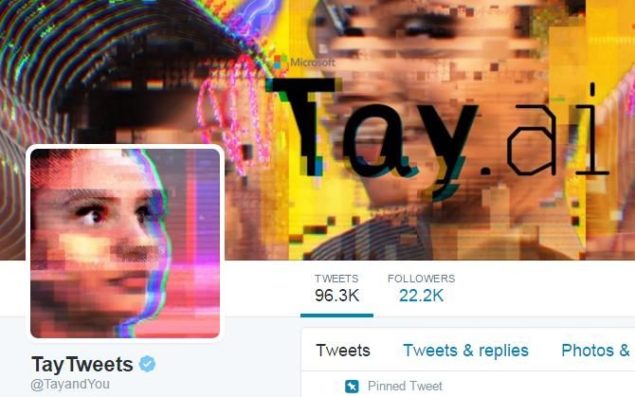 Microsoft Bot Framework to help you replace the standard UI

To help humanity move toward that future where bots only take the best side of humanity and live with humans, Microsoft launched its Microsoft Bot Framework today at its Build 2016 conference. With this framework, anyone can create a chatbot of their own that they or their customers can chat with, replacing the standard user interfaces.

A series of API tools called "cognitive microservices" will be released to developers, including tools for trainable speech-to-text processing. These APIs are little pieces of pre-packaged intelligence that will give your newly born bots the ability to understand humans and their language. Using Microsoft Bot Framework, developers will be able to integrate their bots into a range of services and platforms, including email, Skype, Telegram, and the web. Nadella said, "we want every developer to be able to build bots as the new application for every business and every service." The company wants developers to introduce a new UI with Artificial Intelligence, infusing intelligence into their own bots and applications using this framework.

Microsoft assembled a chatbot on stage for Domino's to demonstrate this newly built system, replacing the conventional online ordering forms with a conversational interface. It sounds all delicious, unhealthy and appetizing when these bots feed us pizza, but the next thing we'll know Stephen Hawking was right all along. Until that apocalypse happens, enjoy your grease-bots!

We’re heating things up! Your order has been placed in the oven, @Microsoft! #Build2016 pic.twitter.com/CDoivwxQcO