Northern Genesis Acquisition Corp. (NGA) Shares Continue To Clock in Outsized Gains as the SPAC’s Merger With Lion Electric Is Expected To Be Formalized Within Weeks 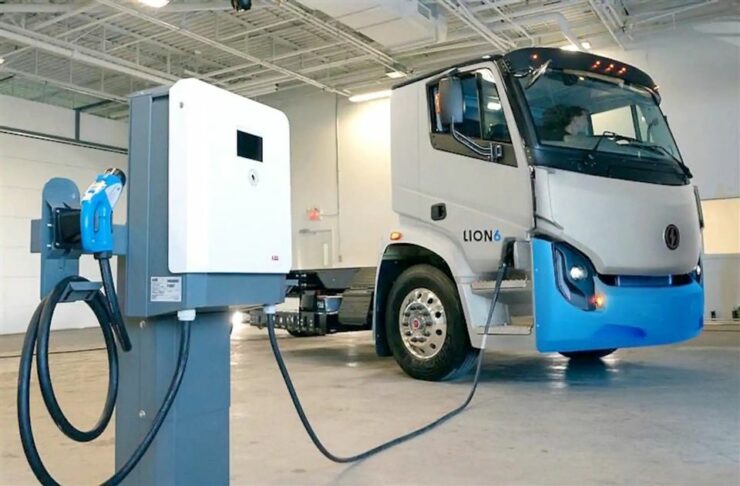 To wit, relative to its closing price of $14.08 per share on the 15th of December, Northern Genesis stock has now accumulated gains of over 70 percent, currently trading at $23.95 and up over 17 percent so far in the current trading session.

Of course, as is the case with almost all SPACs, the period immediately preceding the merger with the target company is responsible for the overwhelming proportion of the gains in the stock. However, Northern Genesis is notable for the seemingly consistent nature of its rally, having registered gains on most days over the past month.

Of course, the primary factor driving gains in the shares of Northern Genesis is its selection of Lion Electric as its merger target. To wit, the company is a leading designer, manufacturer, and distributor of all-electric medium and heavy-duty urban vehicles. The company maintains vertical integration by manufacturing the chassis, truck cabin, the bus body, battery packs, powertrain, and the controlling software in-house. Readers should note that the production of battery packs will commence toward the end of 2022. Lion is already producing EVs at its facility near Montreal, Quebec. This facility has a production capacity of 2,500 vehicles per year. The EV manufacturer is also expanding its network of Experience Centers in the US. Lion Electric is currently producing Class 6 and Class 8 trucks as well as shuttle and school buses. In 2021 and 2022, the company plans to introduce new products, including the Lion8 Tractor, Lion6 Utility, LionD, Lion5, Lion7, Lion8, etc. Moreover, Lion plans to begin producing in the US from 2023 onwards. All of these factors play an important role in boosting the bullishness surrounding Northern Genesis shares.

A key point of attraction for the merger between Northern Genesis and Lion Electric is the latter’s attractive financials. To wit, the company’s TAM is worth around $110 billion. Back in June 2020, Lion Electric entered into a multi-year purchase agreement for up to 2,500 of its Lion6 and Lion8 EVs. Under this arrangement, Lion Electric will reserve its manufacturing capacity to deliver up to 500 trucks per year between 2021 and 2025. Additionally, the company will reserve up to 10 percent of its production capacity between 2026 and 2030 for the discretionary orders under this contract. The slide below highlights Lion Electric’s projected financial performance through 2024: 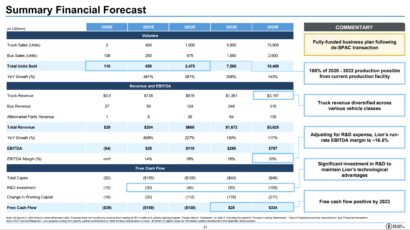 As is evident from the slide above, sourced from the company's investor presentation deck, Lion Electric expects to earn a revenue of $204 million and EBITDA of $29 million in 2021. By 2024, the company would be earning over $3.6 billion in revenue and over $700 million in EBITDA. The fact that Lion Electric will be EBITDA positive is a huge attraction for Northern Genesis investors. After all, the vast majority of SPACs currently on the market can’t claim this distinction.