Nokia being one of the world's biggest phone manufacturer was considerably quiet in the recently concluded Mobile World Congress 2010. The silence took many fans and industry enthusiasts by sort of a surprise thinking Nokia may have resorted back to the drawing board for a better competitive phone.

Wait no more, Nokia's new phone in development, named X10, has been leaked out in the wild along with the specs and a video. We are not sure whether it is actually true because the leaked document has a bar code on it thus indicating that it has already gone into works and is in their ERP systems for identification. 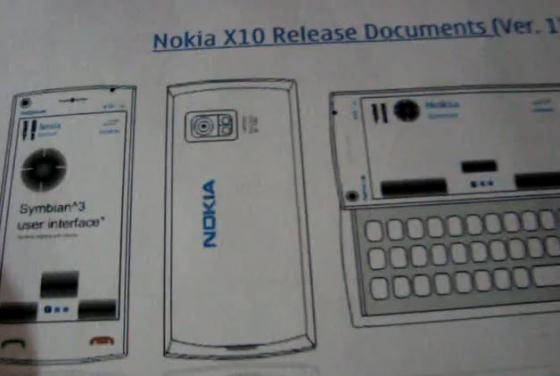