Nokia 9 has been a regular on the rumor mill. It was previously spotted with the codename 'HMD Global TA-1004' on different benchmark websites and in the official teaser video. Now, in the latest leak, Nokia 9 has made its way to the FCC listing, which hints at its imminent launch in the US.

Appearing on the FCC listing means that HMD Global is now planning on penetrating into the US market with the latest Nokia 9 smartphone as the front runner. The new leak does not reveal much information about the phone, but somehow confirms its arrival in the US. 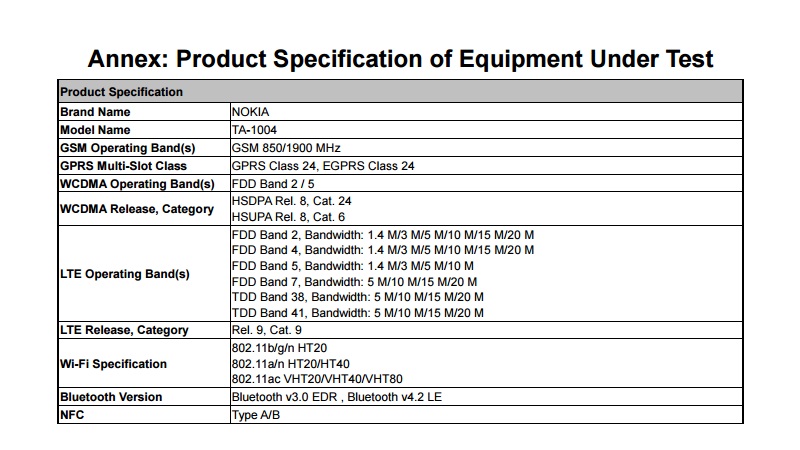 The FCC listing for the Nokia 9 gives away information about connectivity options on the device. According to the listing, the device comes with support for both GSM and WCDMA technologies along with NFC and Bluetooth 4.2 LE. A report from Phones Daily says that the Nokia 9 will feature a 5.3-inch display and would support dual-SIM connectivity. It will come powered by the Snapdragon 835 processor paired with 4GB/6GB of RAM and 64GB internal storage.

In contrast to the latest leak, the Nokia 9 was earlier rumored to come with a 5.5-inch QHD display. Also, an 8GB RAM version of the phone has also been spotted on one of the benchmark listings. Besides, the device is also tipped to sport dual rear camera with 13-megapixel and 2-megapixel sensors with dual-LED flash. There could be a 13-megapixel front camera as well. Although, the battery capacity has not been revealed in any leak, but is expected to come with support for Qualcomm Quick Charge 4.0 technology.

Regarding pricing and availability, a report from NPU suggested that the Nokia 9 could arrive in the Q3 2017. It could retail at $699 in the US and Euro 749 in Europe.

To recall, Nokia unveiled its three Android smartphones - Nokia 3, Nokia 5, and Nokia 6 at the Mobile World Congress (MWC) 2017. All the three phones were mid-rangers, but the upcoming Nokia 9 is rumored to be a flagship-level device from Nokia. With the rumors and leaks surfacing on the internet, it remains to be seen when Nokia finally unveils the device.