Noctua has displayed some of its new upcoming cooling products at Computex 2011. The products range from High-Low End CPU Coolers, New Fans and Mounting kits prototypes. Noctua has always been a top cooling products manufacturer with innovations like the NH-D14 and NH-C12P Coolers. 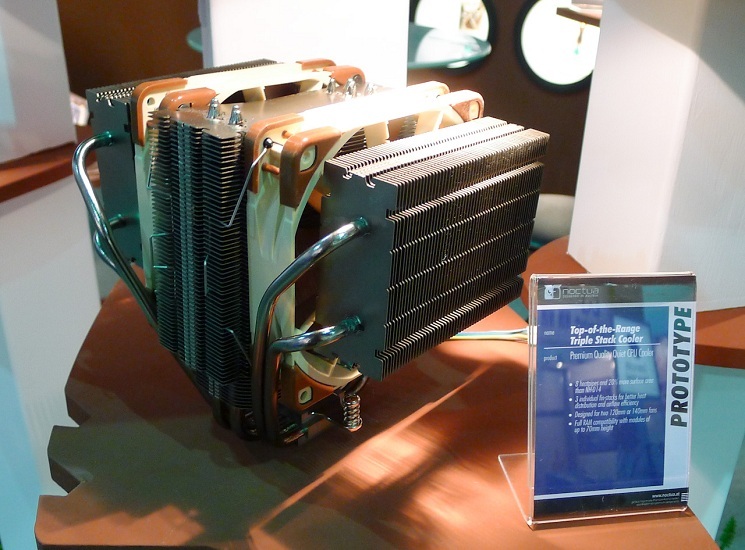 The Noctua booth showcased a prototype high end cooler which is likely to be the successor of its top NH-D14, The NH-D14 consisted of 2 aluminium array blocks holding 3 fans while the prototype has 3 Aluminium blocks two on the outer sides and one in their middle and can support  upto 2 120/140mm fans in the center of the stacks, Heat is dissipated using eight nickel-plated aluminum heat pipes which are connected with the Coolers base with 4 heatpipes going through the central heat block while 2 on each side aluminum blocks. Noctua claims that the heatsink offers 20% more surface area than NH-D14, Also the elevated heatsinks allow room for memory modules with large heatsinks to be installed easily. 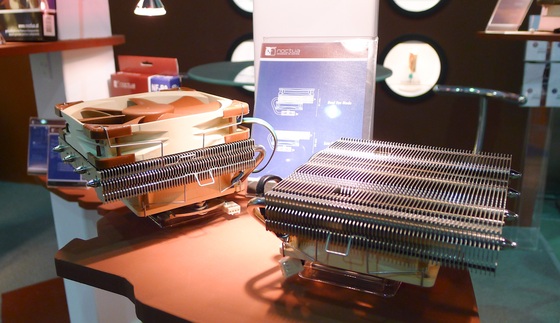 Noctua also revealed a new Low Profile CPU cooler which offers a C-Type design like its previous NH-C14/C12 offerings. The height of the heatsink is maintained at a low 66m which makes it ideal of ITX and form factor cases. The heatsink aluminium block is kind of similar to the NH-C14 but only slimmer using 4 heatpipes coming out of the CPU base and going through the aluminium block on top. Two fans can be included on the heatsink with one 120mm and another 92mm on either sides on the heatsink. Adding a fan on top of it will increase the height to 91mm. 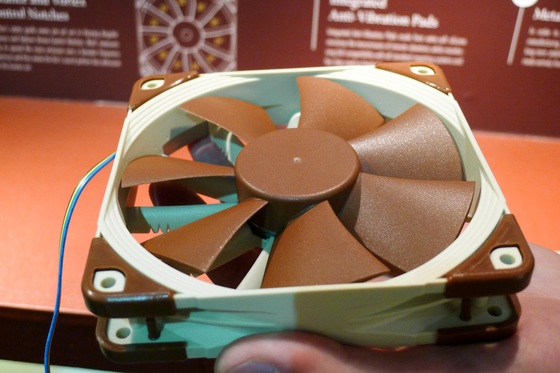 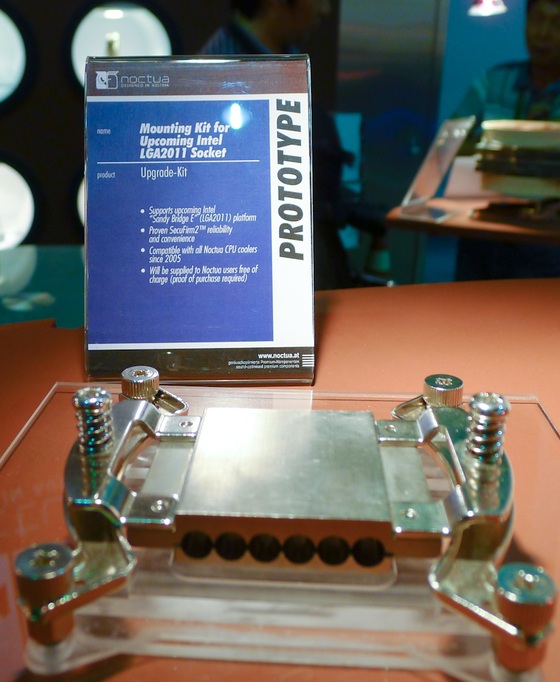 A new fan design with the title "Focused Airflow" was also showcased which is a 120mm fan with a design which channels airflow towards the center on the heatsink. The fan uses a unique frame design that uses micro-structures on the inner-walls of the frame,Integrated vibration pads are also included to reduce noise output. Last of all, Noctua announced its new LGA 2011 mounting kit which would allow uses to use their current Noctua coolers with the upcoming LGA 2011 socket, This will be a free upgrade for those users who own a Noctua heatsink released after 2005. Pricing and availability have not yet been announced. 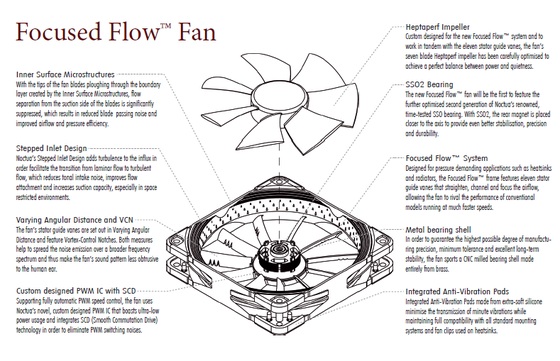