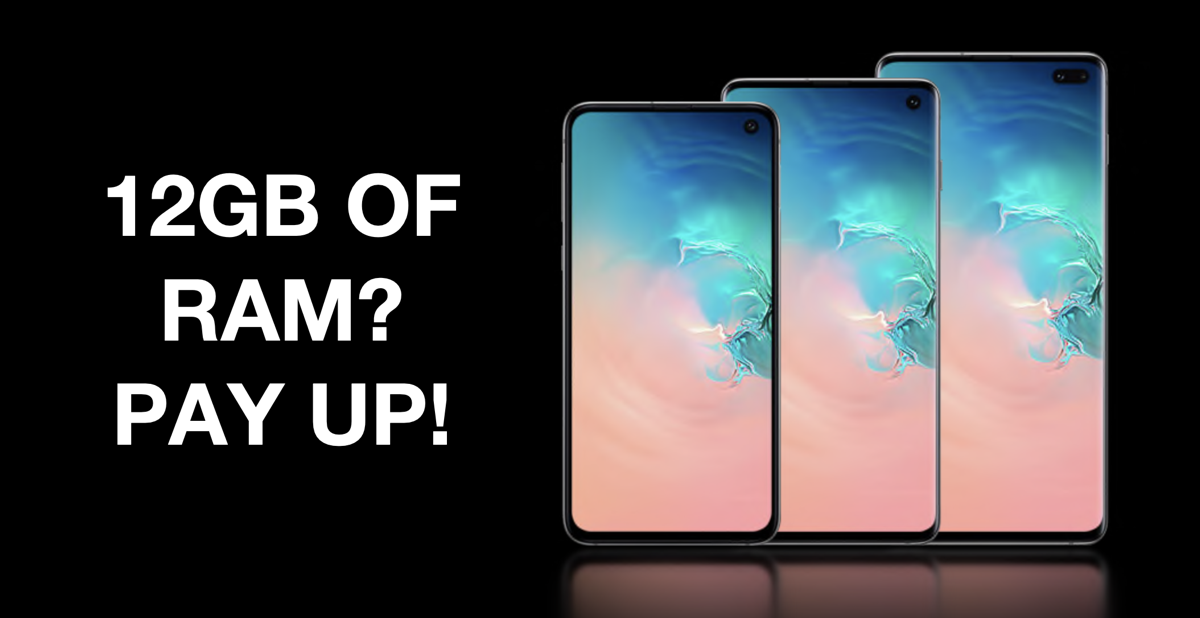 The year is 2019, and it is high time manufacturers stopped shoving lies down the consumer’s throat.

As an Apple user, up until this point, it’s easy for me to choose an iPhone. Simply decide whether I need a small screen or a big one, choose internal storage capacity and then checkout. I never have to bother about things like RAM at all as every single iPhone ships with the same amount from base till the highest-end storage configuration. This is something not even Android users should worry about given how expensive flagships have become overnight in the chase for innovation and greatness.

It was only slightly understandable that a few years back someone would ship a phone with lesser RAM in the base model just to keep pricing low and stay competitive. And if anyone required extra performance along with storage, just pay up more. This is an eerie practice and a deceiving one these days; screaming at the top of your voice that you have the latest and greatest only for the consumer to realize that they actually have to pay more for a simple promise that was made on stage?

When Samsung walked on the Unpacked stage for the Galaxy S10e, S10 and S10+, for some reason I assumed the company would sell a ‘complete’ package this time around. Casually announcing 12GB of RAM on a phone (which is overkill, I believe but a big promise still) only for consumers to find out that they have to pay more to get that much RAM. But wait, if you read the fine print, then you will further find out that RAM capacity differs from region to region. So if you were hoping to get a seamless experience by paying complete money, you’d be wrong to think like that.

The region where I live, Samsung is not even selling the 12GB variant of the Galaxy S10 or Galaxy S10+, officially. You're stuck with 8GB of RAM which is absolutely nowhere near what I heard straight from Samsung's mouth. It's very, very unfair for those buying the phone in this region at launch.

It's not a Samsung problem either. Take a look at OnePlus, the so-called flagship killer which is clearly killing it with its price these days compared to before. Though the price jumps for the advertised 8GB of RAM is low here from 6GB, but still, this is something you should not have to worry about at all.

This is the sort of thinking that exists in the computer industry where you are showered with a barrage of good specs with a ‘Starting at $999’ price point with consumers crossing the $1,499 mark to match what was advertised to them.

It’s absolutely wrong and should not happen in the smartphone world at all. Users are completely entitled to similar experiences across the board if they are shelling out flagship level money. And there’s not a single way to justify why you are not getting the amount of RAM which was advertised on stage. Why? Because down the line some company will feast on the void by selling a 'gaming phone' which means absolutely nothing these days. These phones are similar to flagships which are already available but beefy in certain corners, especially RAM.

My point is a simple one: no one on the planet buying a smartphone should spend extra money for RAM. For storage, it's understandable. Please manufacturers, stop ripping everyone off like that.

Everyone deserves the same experience across the board.