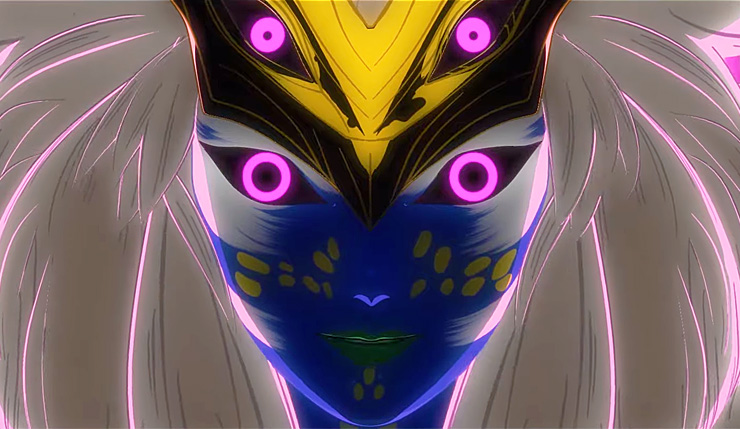 Last night at The Game Awards 2019, we got an all-new trailer for No More Heroes III, although it wasn’t exactly what fans were expecting. In fact, for most of its 5-minute runtime it isn’t obviously it’s a NMH3 trailer at all. Instead we get an anime short obviously inspired by E.T the Extra-Terrestrial, featuring a young kid befriending a cute alien named Fu. Ah, but unlike E.T., Fu comes back 20 years later as a maniacal world-conquering supervillain. Whoops! I mean, maybe that happened with E.T. too – we never did get a sequel. Thankfully, Travis Touchdown is here to send the aliens back home in pieces. You can check out the trailer for yourself, below.

So, now we know what Suda 51 was talking about when he said No More Heroes III’s villain was a combination of Thanos, Venom, and the Joker. Do check out my full interview with Suda 51 if you have an extra minute! Back to No More Heroes III, we still don’t know a whole lot about the game – this basic description is all Nintendo and Grasshopper Manufacture have provided…

After a ten-year hiatus, everyone’s favorite “assassin action game” is back with the latest entry in the official numbered series. The all-American #1 ranked assassin Travis Touchdown returns to the Garden of Insanity once again.

No More Heroes III arrives on Nintendo Switch sometime in 2020. What do you think? Excited for Travis Touchdown’s next adventure? I love the E.T.-gone-wrong setup, I just hope Suda is bringing something new to the series from a gameplay standpoint. We shall see.