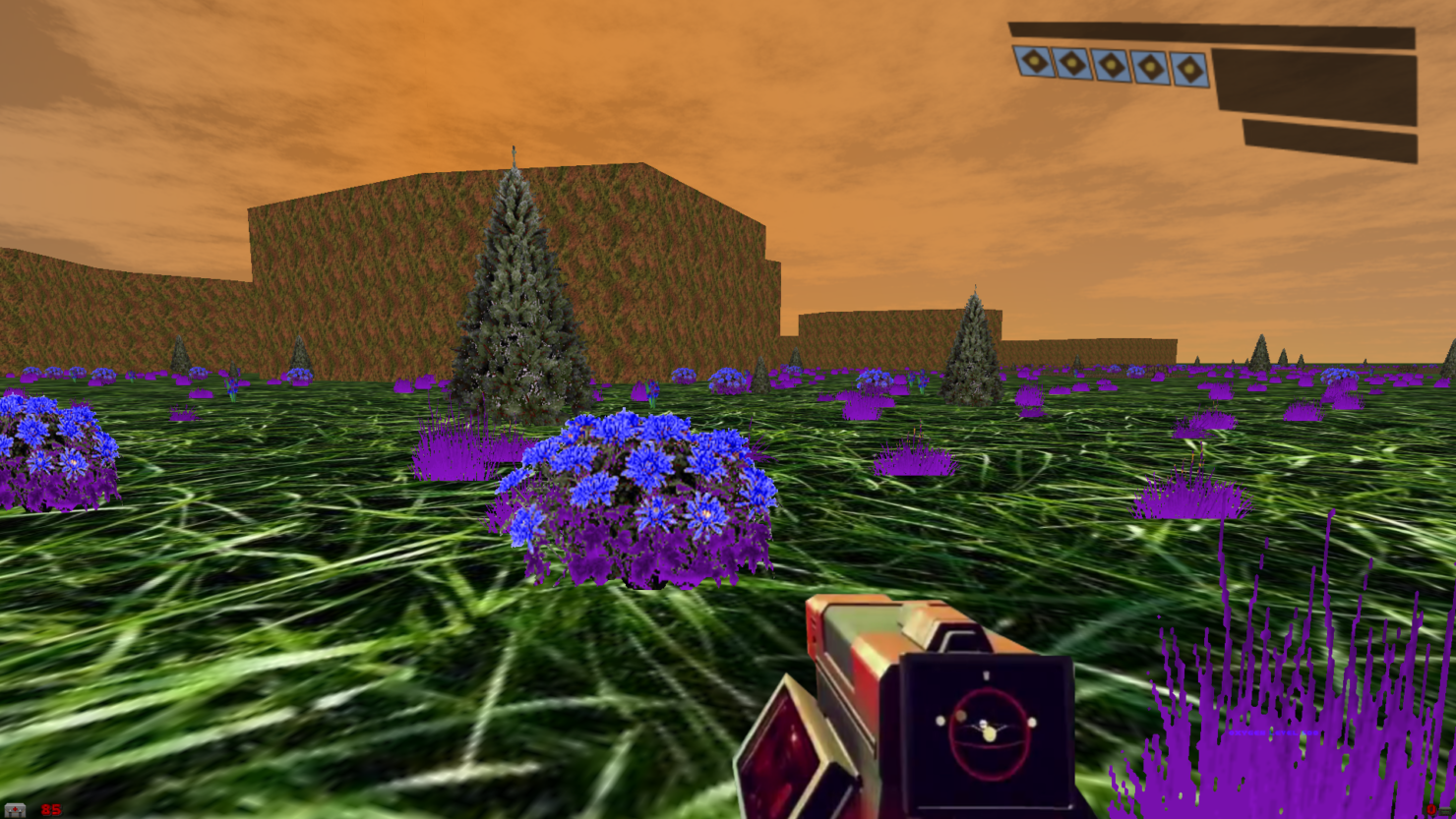 No Man's Sky, the space game developed by Hello Games released last month on PC and PlayStation 4, is one of the more controversial releases of the year, due to the final game missing features that were promised by the team before release. Despite all the missing features, No Man's Sky still manages to have its own unique charm, and a few hours ago a dedicated fan managed to bring the game's unique experience into a classic video game with a new mod.

The No Man's Sky experience has been recreated in the classic first person shooter Doom with the aptly named No Guy's Sky mod. This project, which has been created by Robert Prest in 3 weeks, comes with interesting features, such as randomly generated elements, and the ability for players to make their own additions.

Everything is randomly generated from an array, including the scenery, sky, floor, plans and aliens etc. There is plenty more that can be added relatively simply, and due to the flipbook style randomisation on the creatures, each addition makes exponentially more creatures and possible planets, but I didn’t want to spend too long on this before releasing. You can mod it to put in your own faces etc if anyone wants to do that.
There is probably lots that doesn’t match up to the game, but I’ve yet to get round to playing it, so just went with what I saw in the trailer.

You can head over here to learn more about No Guy's Sky and download it.

No Man's Sky recently received a new update on PlayStation 4 and PC, introducing more fixes to both versions of the game. The full patch notes for update 1.09 have been made available recently on the game's official website, and you can check them out by going here.

No Man's Sky is now available on PC and PlayStation 4 in all regions.