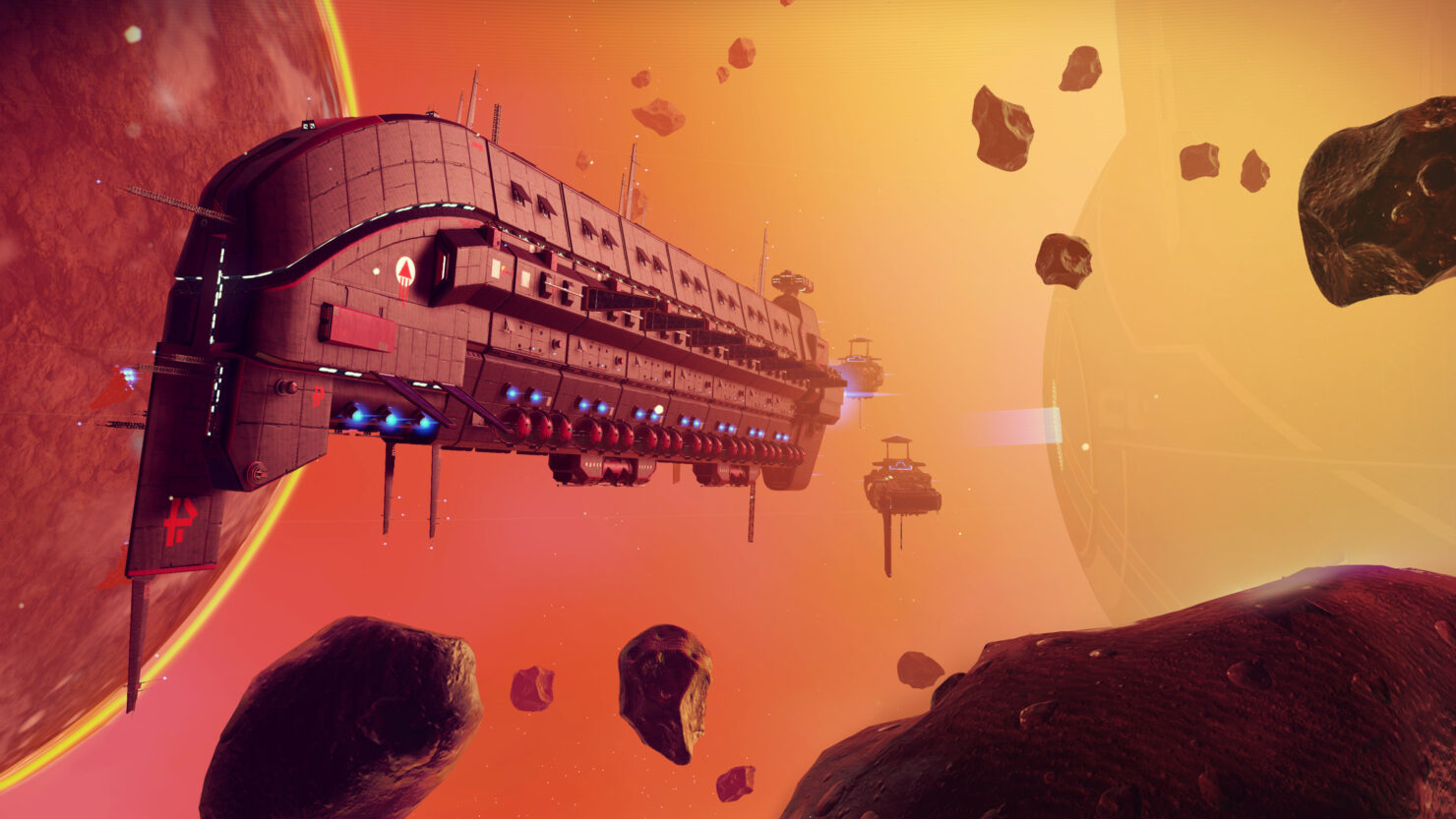 No Man's Sky, the highly anticipated space game developed by Hello Games, has been released on PlayStation 4 earlier this week, and now the game is very close to making its PC debut in less than an hour. If you're wondering about the PC version's graphics settings, you will be happy to know that more details on them have emerged online thanks to NVIDIA.

On its official website, NVIDIA revealed the graphics settings included in the PC version of No Man's Sky. According to the website, players will be able to adjust Anisotropic Filtering, Anti-Aliasing, Generation Detail (the image quality of the randomly-generated terrain and objects), Reflection Quality, Shadow Detail, and Texture Detail. 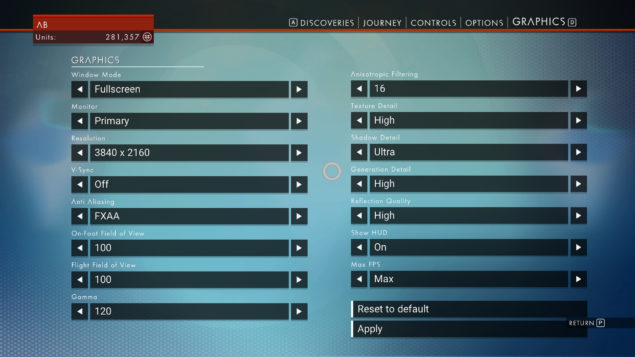 In No Man's Sky PC, players will also be able to adjust field of view for boot on foot and in flight view, screen resolution, window mode and much more. 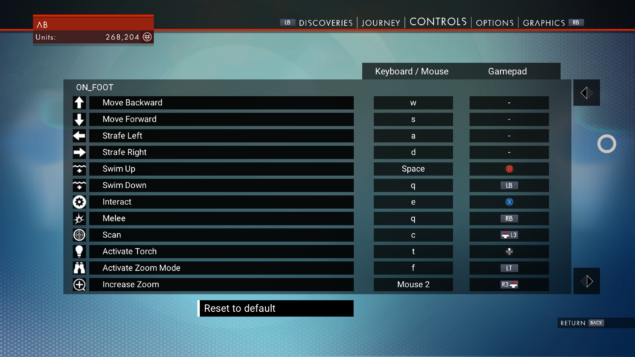 NVIDIA also shared on its official website some beautiful 4K screenshots, showcasing how the game can look with everything maxed out. You can find them right below.

No Man's Sky is a game like very few others, and creator Sean Murray talked about a bit of the magic behind the code earlier this week, revealing how the team managed in creating such an impressive game.

I guess it contains mostly sleepless nights full of coding. But no, to be honest: It’s not a lot of magic, just fairly simple chemistry. The angle of sun irradiation and its intensity determine what kind of minerals compose in the ground. Naturally different resources influence what kind of flora and fauna grows up in a certain area. Every leaf of every tree contains a variety of stains. In England or Germany, the chlorophyll is very dominant, that’s why most of our leaves are green. In other countries, they are more yellow, and the Japanese cherry blossom is reddish, so that’s easy.

No Man's Sky is now available on PlayStation 4, with the PC version becoming available in less than an hour on Steam.