Murray: No Man’s Sky’s Engine Is Not A Lot of Magic, Just Fairly Simple Chemistry; Animals Were Tough 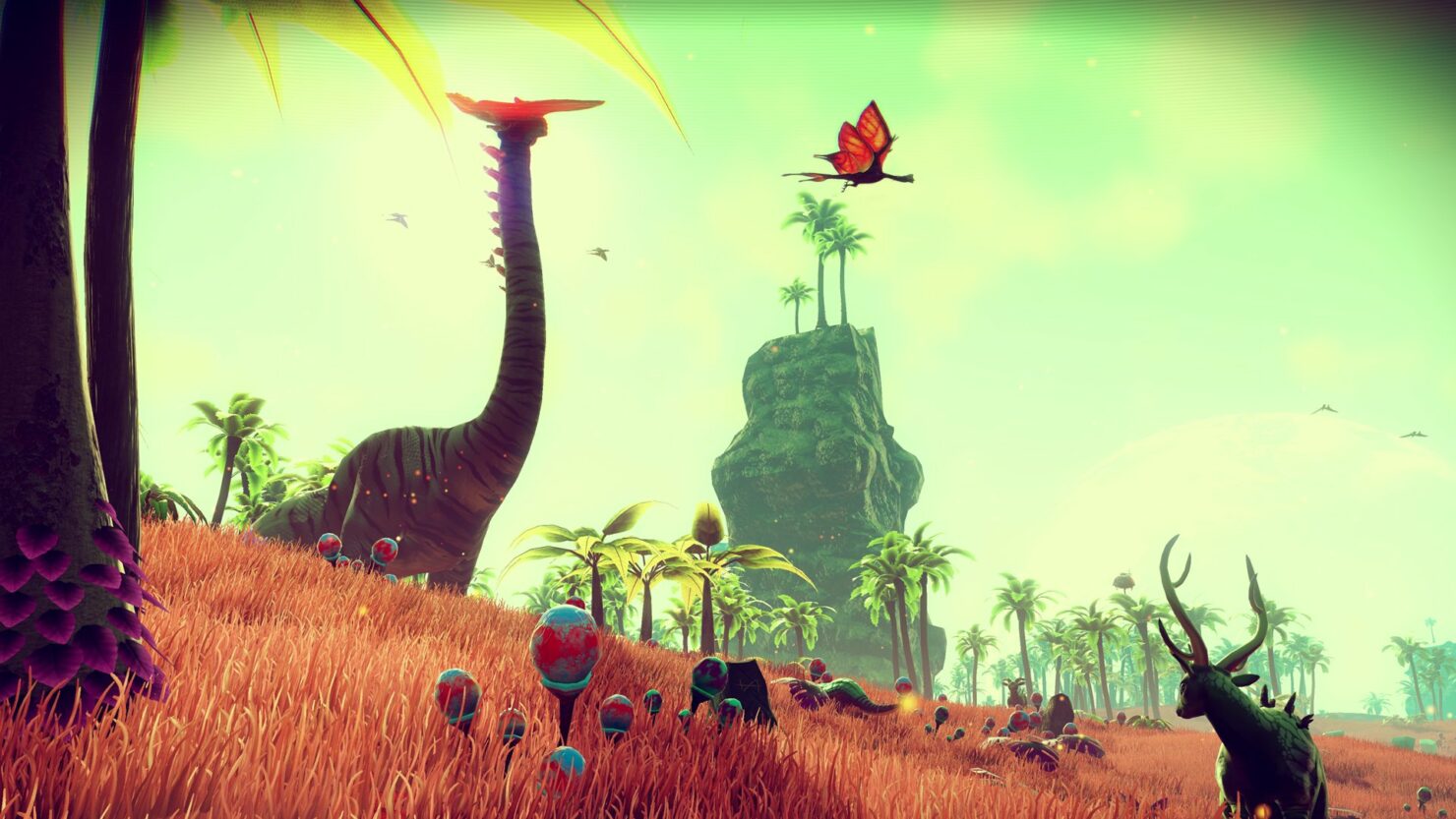 Sean Murray is the man of the hour, with No Man's Sky just released for PlayStation 4 and due in just two days for PC.

The indie game that became as popular as the most anticipated AAA titles is finally being played by gamers all around the world, so creator Sean Murray can now reveal a bit of the magic behind the coding though he swears it's just fairly simple chemistry. Here's what he said in an interview with Inverse:

I guess it contains mostly sleepless nights full of coding. But no, to be honest: It’s not a lot of magic, just fairly simple chemistry. The angle of sun irradiation and its intensity determine what kind of minerals compose in the ground. Naturally different resources influence what kind of flora and fauna grows up in a certain area. Every leaf of every tree contains a variety of stains. In England or Germany, the chlorophyll is very dominant, that’s why most of our leaves are green. In other countries, they are more yellow, and the Japanese cherry blossom is reddish, so that’s easy.

The tougher part is the animals. The engine basically checks certain parameters, asks itself what kind of animal would like the surrounding, and chooses between a variety of types. Fairly often common animals are combined — like they have the body of a lion, but the head of a rhino and the legs of a gazelle. We’ve invented a system that automatically balances out the weight and adjusts the skeleton. So we had to experiment a ton, to get these skeletons right, because an animal with a tiny body can’t have a huge head, otherwise it would constantly fall over. Thinking about it now — it would be funny to have these kind of animals that are always pissed because they always fall.

Are you already having fun exploring No Man's Sky's 18 quintillion planets? Let us know in the comments.