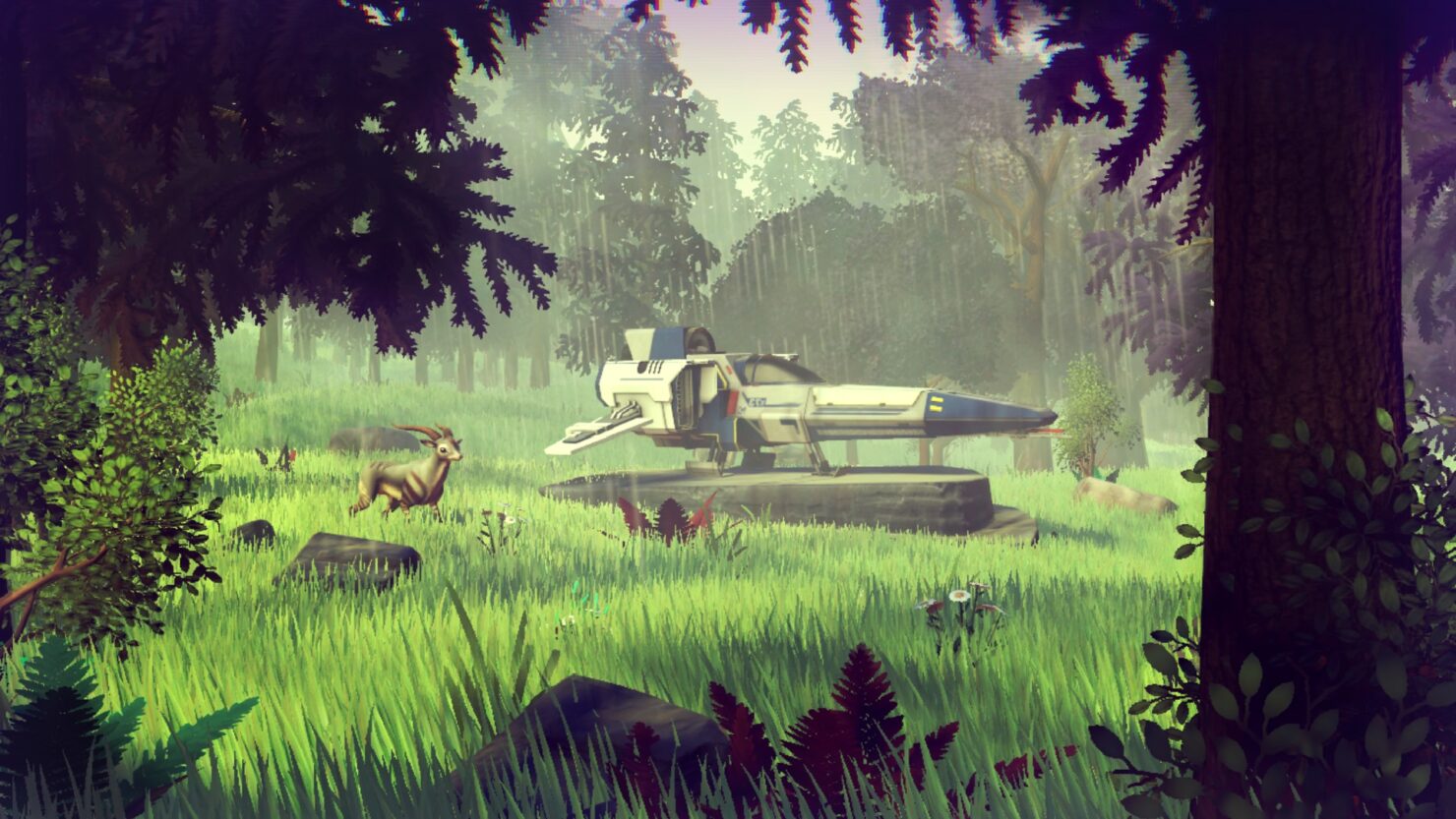 No Man's Sky, the space game currently in development by Hello Games, is rapidly approaching its release date and the team has been showing more of the unique game with new trailers. Another one of these trailers has been made available earlier today.

The new No Man's Sky trailer, named Survive, is a short trailer which focuses mostly on the game's environments. With planets being procedurally generated, No Man's Sky promises to keep players engaged with its space exploration experience for quite a long time.

While some planets are beautiful and serene, many have extreme conditions that make survival difficult. Some planets will have extreme temperatures – from freezing lows to scorching highs – while others are drenched in toxic rain, heavily irradiated or completely submerged.

For the unprepared, surviving on planets with extremes will be a challenge. Every second spent exposed in the elements will chip away at your protective shielding, which can be restored by taking shelter or expending resources to recharge it. By upgrading your suit’s technologies, you can survive harsh climates for longer, run faster, jump higher and explore for longer.

Yesterday, the No Man's Sky Official Website revealed that the PC version of the game will only launch on August 12th, a few days after the PlayStation 4 version releases in North America and Europe. While the new release date can be found on the game's official website, the No Man's Sky Steam Page still shows an August 10th release date so we still don't know if the PC version delay is indeed real.

No Man’s Sky launches on PlayStation 4 in North America on August 9th and in Europe on August 10th. We will let you know if the PC version of the game has indeed been delayed as soon as more comes in on the matter, so stay tuned for all the latest news.